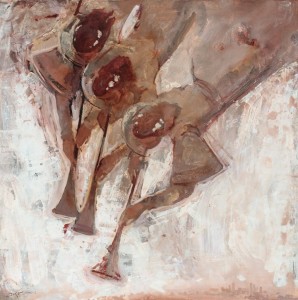 Hopefully many of you have been taking advantage of all this fresh powder; and if you’ve headed to Park City to ski you’ll have noticed that the galleries there are back in full swing after their fall time hibernation. Tonight is the Park City Gallery Association’s December Gallery Stroll, with a number of exhibition openings, including Meyer Gallery‘s exhibit of works by J. Kirk Richards.

Richards was the subject of a recent 15 Bytes article by Ehren Clark. Clark described the 36 year-old as:

a well-respected artist, especially beloved within the LDS community, where his mysterious and poetical images have gained a place in a genre known better for sanitized illustration. Over the past decade he has been prolific, working in both two and three dimensions, creating an oeuvre that shows the artist shifting between modes of expression . . .  “I’m inspired by the skill and control of Bouguereau,” he says, “but perhaps more inspired by the textural earthiness of Anselm Kiefer.”

Clark was writing on the occasion of the artist’s exhibit at the St. George Art Museum. If you didn’t catch the artist’s work there, you can see it this week at Park City’s Meyer Gallery. “Three Angels with Trumpets,” which Richards was working on when Simon Blundell snapped the photo that appeared in the October edition, will appear in the exhibit.

You can find a full listing of participating galleries at www.parkcitygalleryassociation.com. 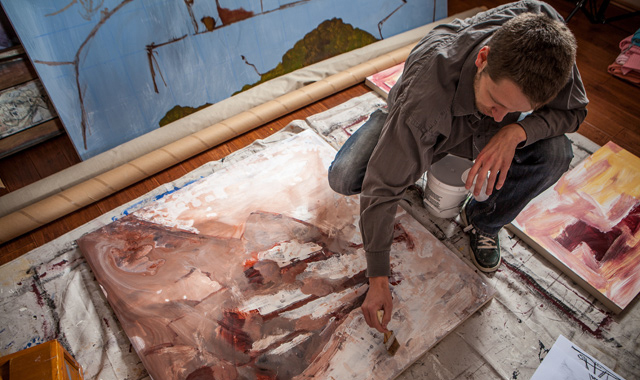