Is Photography a True Art Form? a review of the UAC Annual Statewide Exhibition 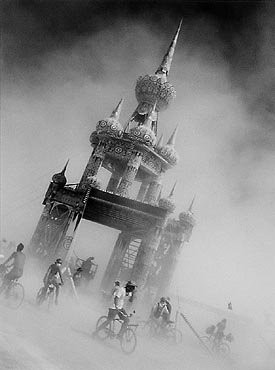 The controversy of whether photography is a true art form or not has ridden the art critic roller-coaster for more than a hundred years, and we are no closer to a satisfactory answer now than a century ago. Is photography actually an extension of traditional fine art, or are photographers fooling themselves and trying to hang on to the coat tails of the “real” artists?

Photographers might well reply, “Of course, photography is a form of artistic expression. How many times do we have to prove that obvious fact to society and the art community?”

Well, when was the last time that you saw a call for art that included photography and painting in the same billing? Not very often. Most of the time listings of the visual arts do not even include photography, and if it is included it’s treated like a little brother. There are exceptions of course, and the author once received an award for a photograph in competition with paintings. Somehow it had slipped into the competition as one of the “family.”

The most common fault of many photographers who claim to be photographic “artists” (especially the scenic and nature photographers) is that their photographs generally all look about the same. Their images have excellent technical quality and pleasing composition, but it would be difficult to know which photograph belonged to which photographer if you shuffled the photos and tried to match them.

The challenge then, it seems, is for photographers to discover individual methods and techniques, along with creative attitudes, that show the uniqueness of each artist-photographer. Some similar to the Impressionists of the last century who all developed individual styles that were quite different from each other. They all had the same kinds of tools, but used them in dissimilar ways.

Photographic artists should attempt to infuse their photographs with the breath of life and movement using whatever photographic means available to merge the images to the emotional moment. This may evolve into an intentional departure from purist photographic realism, and could open the vision and soul of both photographer and viewer.

A fellow photographer, Rick Doble, made this comment: “I feel that the deepest promise of digital photography is a captured image of pulsing life still beating. Still photography can and should add to and extend the tradition of fine art.”

The photography in the Utah Arts Council Annual Statewide Exhibition, which was held at the Woodbury Gallery in Orem this month, was a breath of fresh air in this regard. The exhibit included crafts and photography, but the focus of this article is on photography.

Many of the photographs were unique in their style without being different just to be different. There were even some mixed media pieces — part photography, part collage, and part sculpture. Because of limited space, I’ll only mention a few of them.

A series of nine small prints, mounted in the same frame, of a young woman’s arms and feet by Christine Dick-Bailey had a feeling of intimacy without showing the subject’s face. Apparently the inclusion of a clothes iron was meant to give a hint of daily activity, although, for me, the multiple views of feet and hands were strong enough to convey an imaginative glimpse into the young woman’s daily life.

Ashley Knudsen offered another look at feet. This series of two photographs of feet (with part of a face) was fascinating. One photograph showed a green toenail with a marble of the same color – interesting! As was the case of many of the photographs in the exhibit, the artist left the interpretation to the viewer.

Kim Riley’s “Dust Storm” (seen at left), used an out-of-level composition to give unusual dynamics to a photograph of a temple-like structure and people in the haze of a dust storm. The simplicity of the subjects almost obscured in the dust gave power to a scene that could have been too complex or confusing.

“Evening Light Rozel Point” by Craig Law, a black and white photograph of reflected clouds, blurred the distinction between reality and a dream world, allowing the imagination to wonder about the location and event. 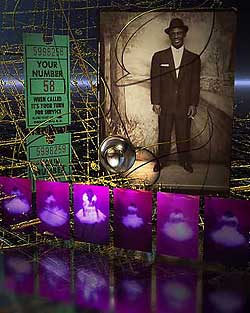 One of the most striking photographs in the exhibit was “Particle Collider” by Edward Bateman. In this digital composition of mixed subjects, the artist had complete control of the placement, size and color of theatrical images. He used this control to create a mood and question about the subject matter.

Another mixed subject photograph was intriguing. This was the Shawn Harris craft/photo, “Christo’s Introspection.” Using a specialized photograph of a young boy, and a photograph of a commercial telescope printed on clear plastic, Shawn used a variety of technology to create an unusual view into a young boy’s personality. For me, this piece seemed almost contrived, but it was effective, and I admire the artist for his innovative approach.

My own experimentation with Photographic Impressionism has given me an appreciation for the efforts of these photographers who have seen beyond the restraints of photographic reality and tradition. After all, it is the impression of the image projected onto the emotions that can lift a photograph to a level above mere illustration.   However, images that are different to be different, or contrived to the point that they become strange for the sake of strangeness don’t seem to be true to the muse, either.

Rick Doble went on to say, “The digital camera and digital photography may bring us back to our senses.” What I think Doble means is that photographers have become so enamored with tack sharp images and perfect tonal renditions that they sometimes overlook the soft and wonderful impressions of the emotions. And after all, isn’t that the goal of an artist, be he or she a photographer, painter, sculptor or songwriter, to share very personal feelings with whatever tools he chooses. Some of the photographers showcased in the Utah Arts Council Exhibit have done just that, and have proven once again that photography truly is an art form.