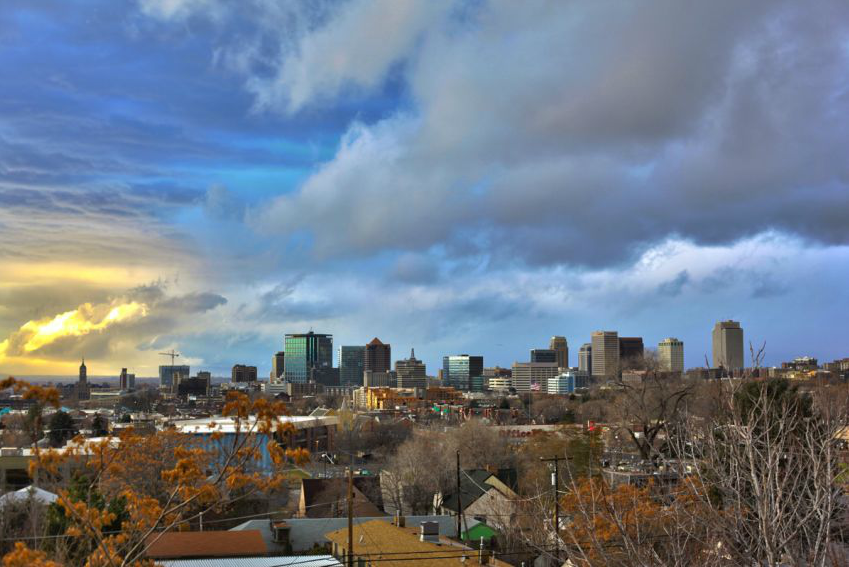 SLC Sunset by Brody Froelich, one of our previous 35 x 35 artists, who appeared in the January 2013 edition of 15 Bytes.

Back in November St. George artist Ronald Wilkinson posted a comment to our “Contact” page suggesting — rightly so — that our coverage in southern Utah is wanting. I posted a public reply explaining why it was difficult to get our writers from the Wasatch Front to cover the area, and hoping we might drum up some locals to cover the scene. Then last week, Lloyd Knowles came across the comment, and suggested we were being too generous describing our writing as happening along the Wasatch Front — from what he could see most of it was about Salt Lake.

I was a bit jazzed up from breathing some clean mountain air when I read the comment so posted a rambling reply. Yes, we are SLC-centric was my jist, but we’d prefer if we weren’t. In order to move the conversation to a more public space, I’ve moved the comments to this space, inviting everyone to comment (and will soon be removing the comments from the Contact page). Is 15 Bytes too SLC-centric? What’s happening outside the capital that we’re missing?