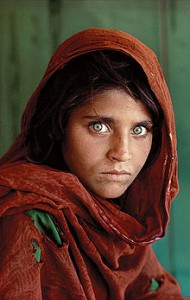 Some amazing photographs have appeared on the cover of National Geographic Magazine. One of the most enduring is Steve McCurry’s Afghan Girl. Shot in 1985, the iconic image brought a face to the conflict in Afghanistan. The girl, Sharbat Gula, wears a vulnerable and terrified expression on her face. Anyone who views the photograph can’t help but look in her eyes and wonder, “What is her story and how could I have helped?”

That’s the power of documentary photography. It brings issues to light and can often be a call to action. Afghan Girl still inspires people to try to make the world a better place. Inspired by Gula, National Geographic established the Afghan Children’s Fund, which has raised over $1 million since 2002. It aims to give children in Afghanistan an education and provide aide to refugee children who reside in Pakistan.

The profound impact of the photo raises the question: What would the world be like if McCurry hadn’t had the opportunity to take the picture? What if his interest in photography hadn’t been nurtured through an education at Penn State and his opportunity to work for The Daily Collegian? Not everybody has the means to pursue their dreams. 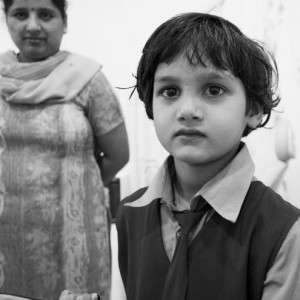 This fact is not lost on Lynn Hoffman-Brouse, a former adjunct professor at Salt Lake Community College (SLCC). She says that during much of her career she had the freedom to work on any project that inspired her. As she taught at SLCC, Hoffman-Brouse began to notice that many students were interested in documentary stills but it wasn’t financially feasible for them to devote time to honing their craft.

In May 2012, she created TheDocumentaryProjectFund (DPF) for people looking, “to use art in a way to hopefully create change.” The organization hopes to be a springboard for aspiring photographers who aim to use their skills to improve communities.

On November 9, DPF is hosting a fundraiser at the Art Barn from 6-9pm. It will be a silent auction with drinks and appetizers and the organization’s formal introduction to the community. One hundred percent of the proceeds will go toward project support. The ultimate goal, says Hoffman-Brouse, is to raise funds to give two awards to emerging artists.

The organization is also accepting a call for entries from November 15-December 15. The opportunity includes funding as well as mentorship. “I really want to encourage young, emerging photographers who want to do this,” says Hoffman-Brouse. More information can be found on their website or you can email the organization at info@thedocumentaryprojectfund.org.