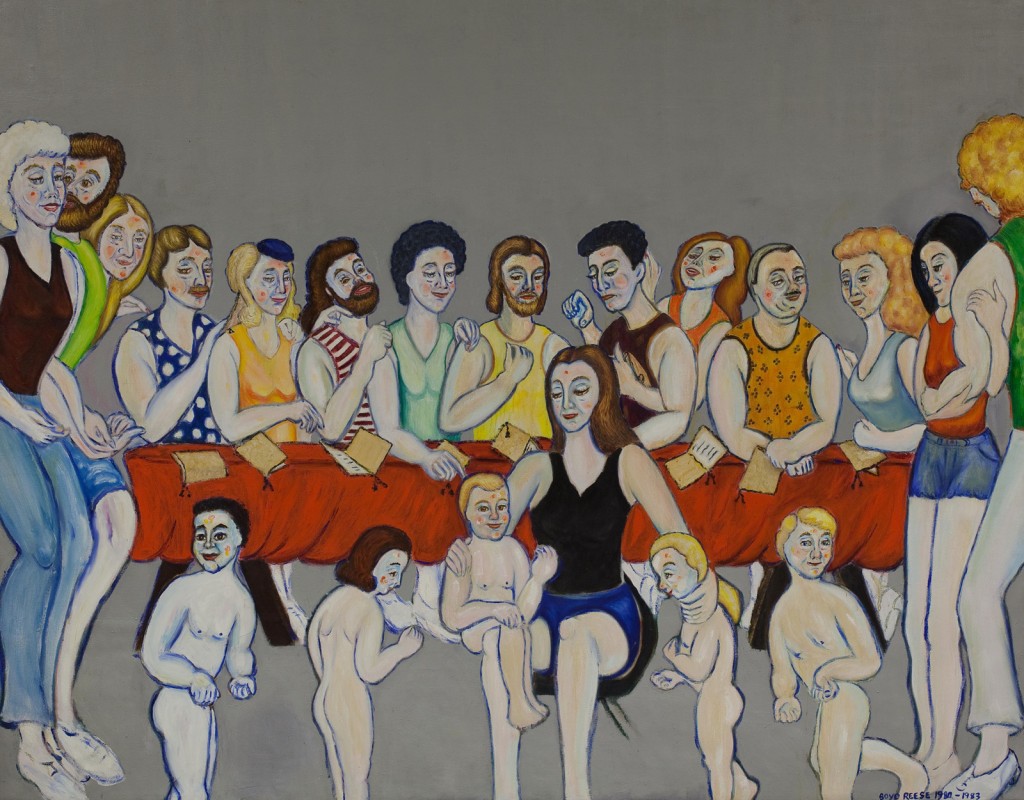 Boyd Reese (1932 – 1990) was originally from Ogden, but he spent much of his time on the streets of Salt Lake City. The artist was well aware of his alcohol problem, which only added to his already troubled life. Because of these issues, Boyd thought of himself as the Vincent van Gogh of his day. Boyd never really exhibited his artwork anywhere, but he befriended the staff of the Utah Arts Council, and several of his paintings ended up in the State’s Fine Art Collection.

Boyd was spotted several times on the street, walking aimlessly with paintings under his arms. Some say his architectural paintings were his strongest, but Boyd was most proud of his figurative pieces, such as “The Wight Family.” He submitted a three page, hand-written treatise to accompany this painting. He calls it his answer to the existential questions of the Cold War saying “…only love, family, caring and understanding will help us survive – and we have to reevaluate these values, i.e. the programs.” The composition of “The Wight Family” is obviously after Leonardo da Vinci’s Last Supper. He further explains, “Originally, my idea came from that of a family reunion and there was going to be food on the table – it evolved from that. And that is the reason for the cutoffs, Levis, tank tops and colorful blouses.”

The artist died in his late fifties after collapsing in an Ogden hotel room.

This column is sponsored by the Visual Arts Program of the Division of Arts & Museums. Each month the program distributes a newsletter about upcoming events and opportunities for artists. It also features a work from the collection each month. To subscribe, email fbaca@utah.gov.

Categories: Inside the Vault