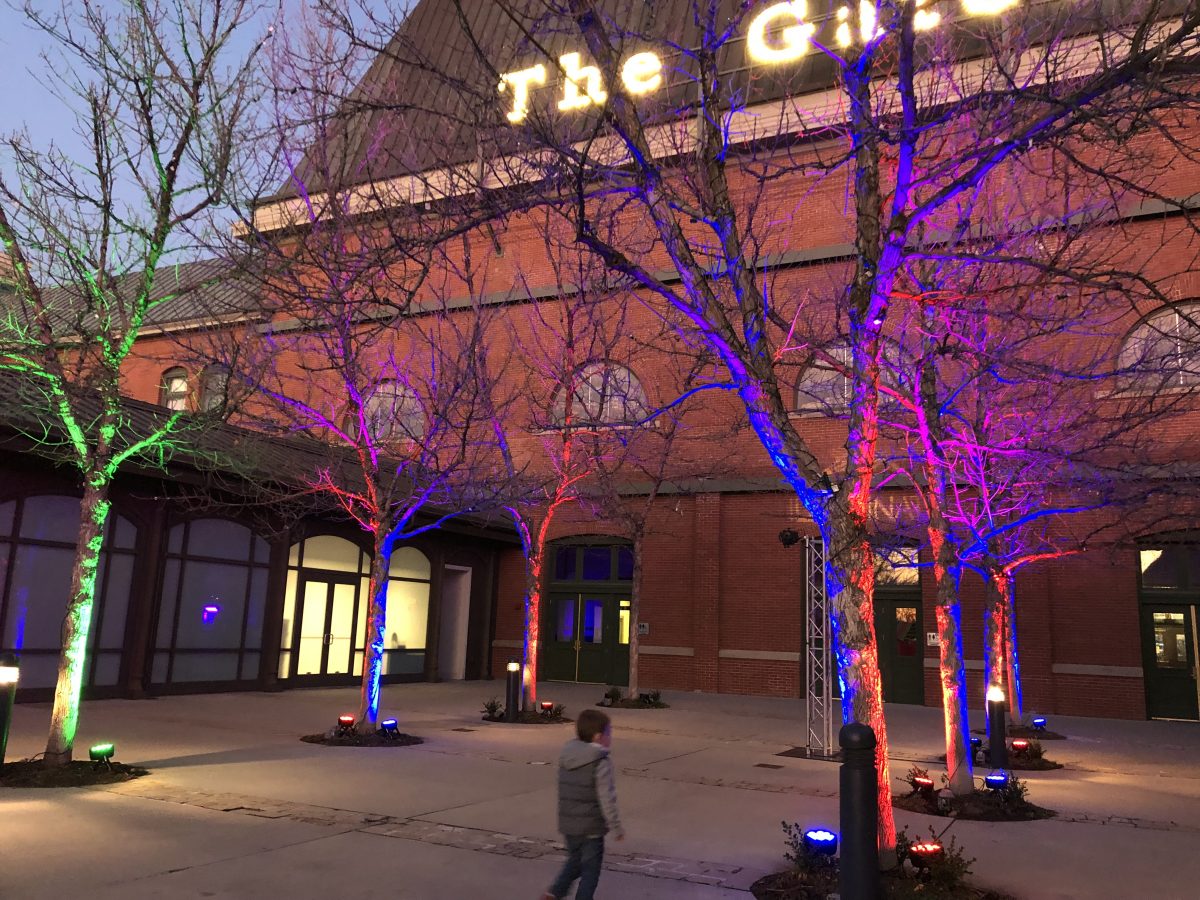 A young patron inspects the illuminated trees at The Gateway, photo by Kiki Karahalios

ILLUMINATE, advertised as “Utah’s Light Art and Creative Technology Festival,” graced the interior and exterior of The Gateway during the evenings on Nov. 8 and 9. Charged with both a religious and cultural connotation and often celebrated at the beginning of the winter, light festivals can be a way to welcome the colder months. ILLUMINATE attempted to bring this fervor to the Salt Lake art scene, but fell short.

Seeing that The Gateway has been the center of a proliferation of art in Salt Lake City, including the recent dreamscapes installation, it seemed to be fertile soil for an event like ILLUMINATE. While there was certainly a display of light in multiple facets, it appeared at surface-level to be more of an Instagram photo opportunity than a celebration of art — and beyond the surface, not much more.

Entering the Gateway at Rio Grande Street, the viewer encounters a stage decorated in lights, a pirate ship float, and a large-scale, naturalistic, inflatable earth with its counterpart moon nearby. Near the fountains, three-dimensional works mimicked crystals, along with an interactive digital projection that tracked a participant’s movement. Within the boundaries of this realm lay interior installations as well, inviting viewers in with an “ILLUMINATE” projection on the ground outside the space. 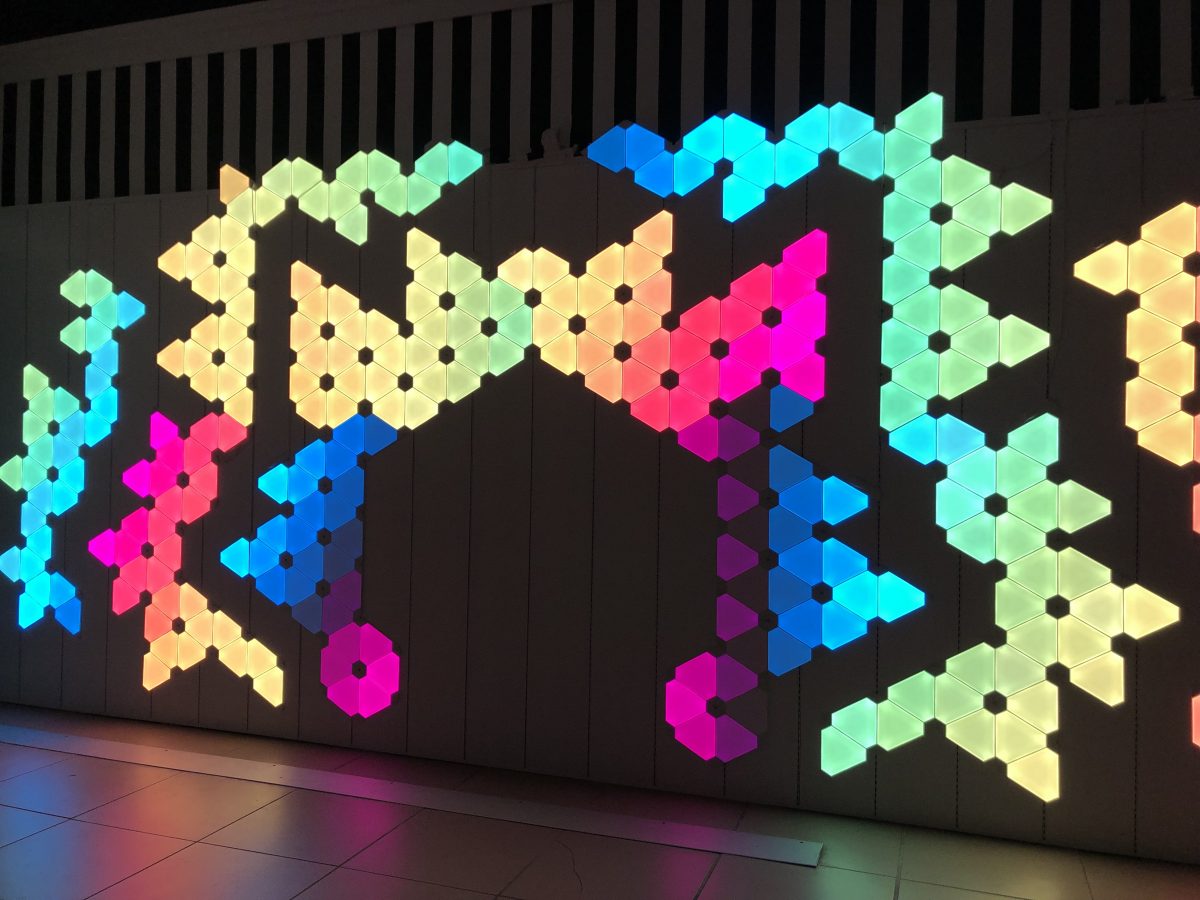 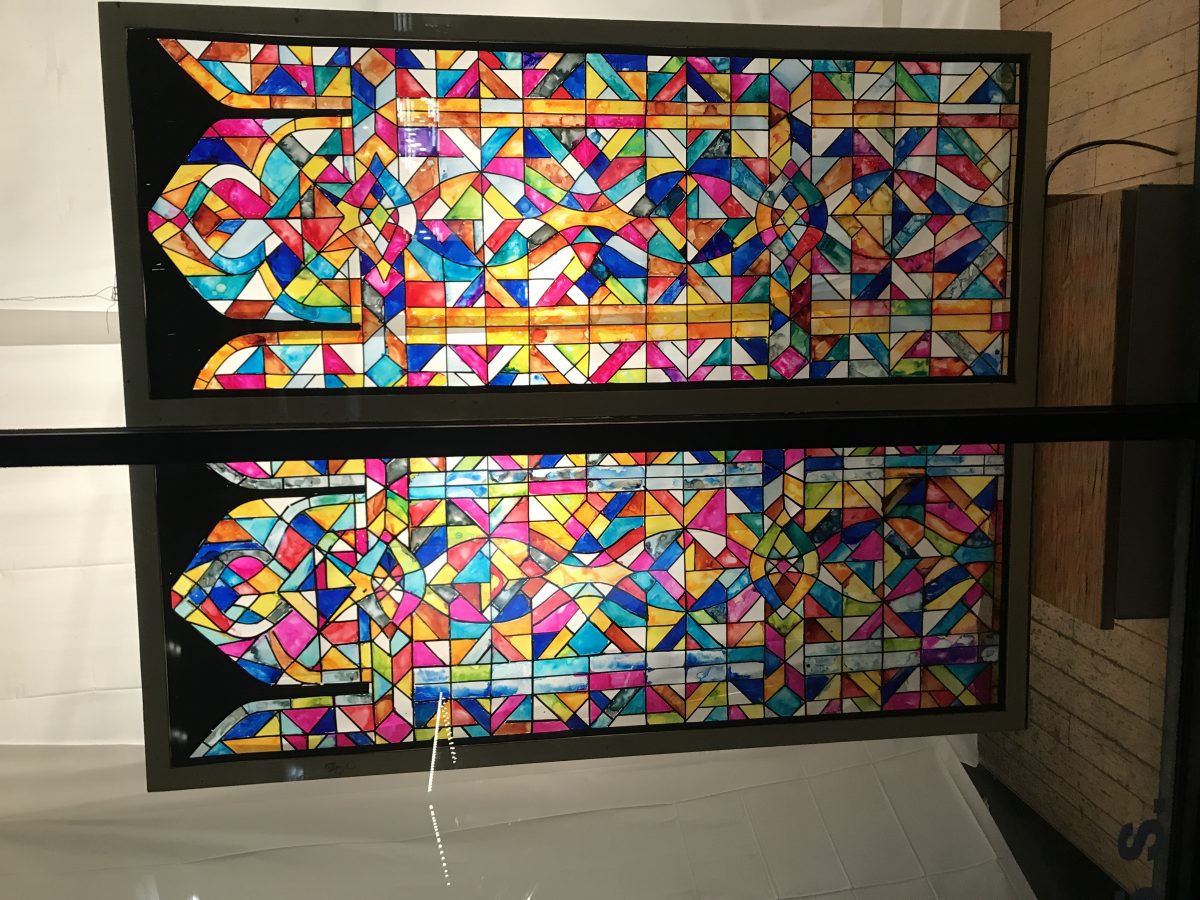 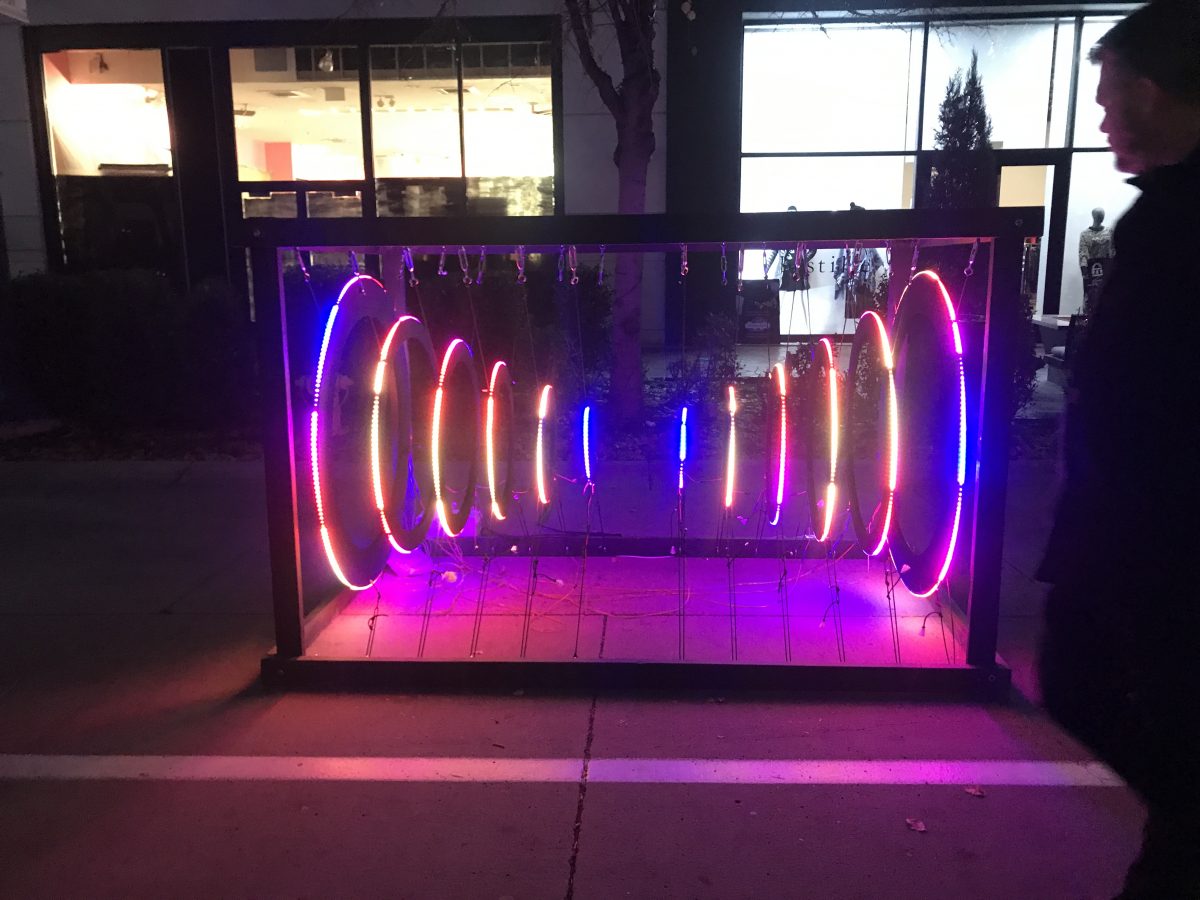 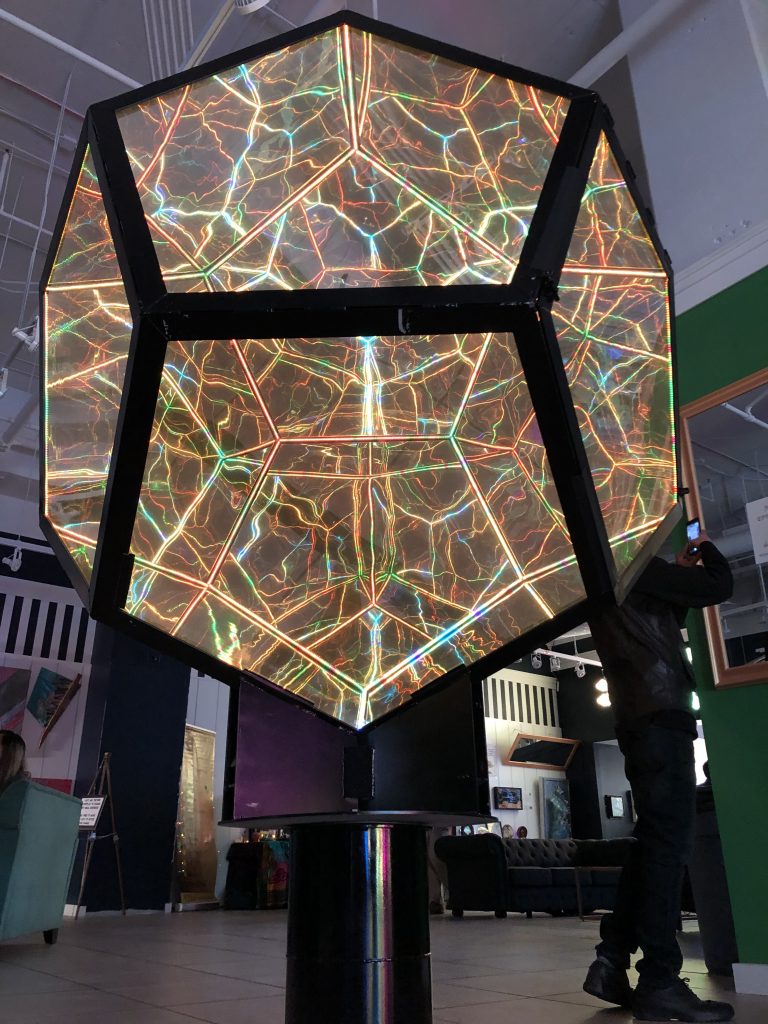 While many of the works were surely interactive, it appeared that most of the public was engaging by way of taking pictures of themselves and others over anything else. And while, yes, this festival did boast an impressive array of the intersect of art and lighting technology, there was little to no emphasis on the artists represented. I was only able to find the names of two participating artists while walking through the large-scale installation — a drop in the bucket of a supposed 30 artists represented at this event.

Furthermore, curatorial tactics were not thoroughly considered, as some areas seemed to be crowded with objects, while others were quite sparse. This led to an overshadowing of some works — especially those in window displays of the once-occupied retail spaces. This imbalance in display caused an imbalance of activity, where public interaction noticeably diminished beyond the concentration of food trucks, positioned right before the crystal-infested fountains. The lack of interaction and flow of individuals to the area of the festival with greater breadth resulted in an awkward experience for those viewing and interacting with the space.

While the idea of bringing an art-advertised lights festival to Salt Lake City is indeed a beguiling one, the execution of ILLUMINATE did not live up to its promise. The festival missed its mark by not emphasizing the artists involved, along with inconsistent curatorial methodologies. In tandem, these shortcomings devalue the work, making for a lot of light but not much heat. 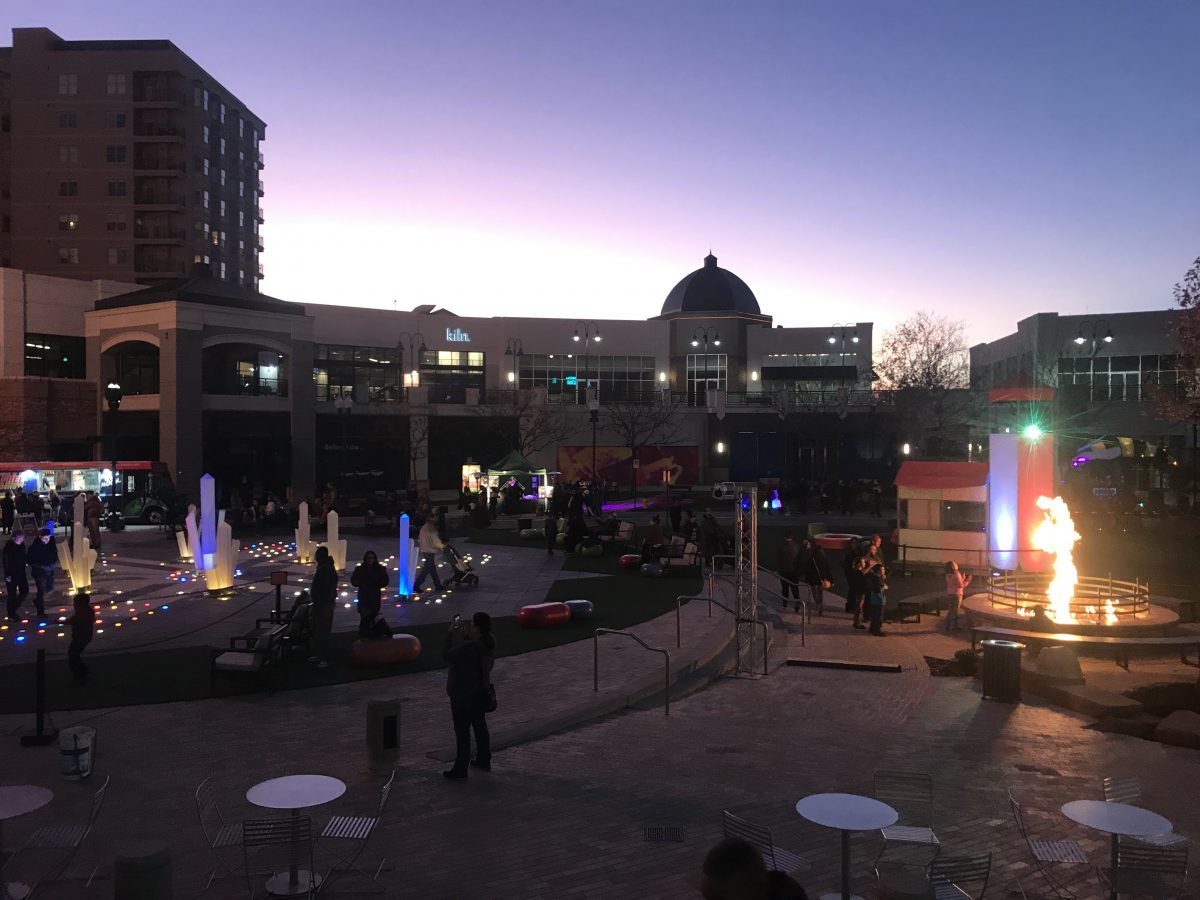