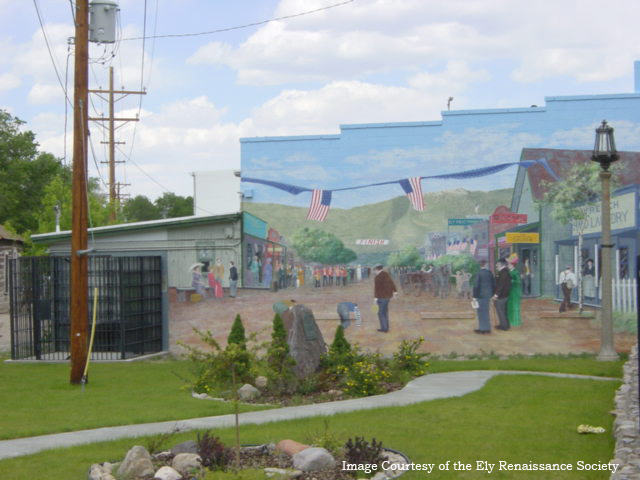 Next time you head out for a weekend to Wendover, consider going a little further south to the charming town of Ely, Nevada. One of the first things you will notice driving in on the Great Basin Highway is that the town of Ely is covered in murals. This is no accidental fad; this was a brilliant step to keep the once prospering mining community from becoming another of Nevada’s many ghost towns.

Started as a dream to improve the façade of downtown Ely, the project has developed into the Ely Renaissance Society (ERS). In addition to creating and commissioning murals and outdoor sculptures, the group has purchased and restored the Geraghty property, a group of small homes originally built for railroad workers to live with their families in 1907. The homes then became rental properties for people working in the mines and finally became the home of the heiress to the property, Melba Geraghty. She lived on the property until she was 94. In 2005, the Ely Renaissance Society purchased the entire village and began restoring it and creating an art center and future space for artist residencies.

In 1999, the last of the operational mines owned by BHP literally pulled out almost overnight, and 500 people lost their jobs. Within one year, Ely lost 1000 residents, almost a fifth of the population. The town was well on its way to becoming just another dying community. 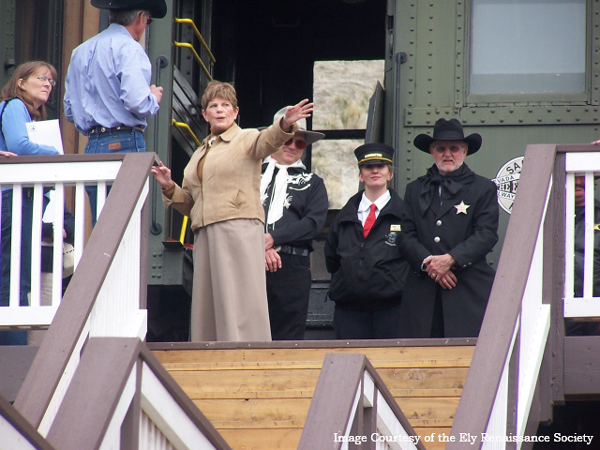 Virginia Terry, a lifelong resident, local business owner, educator and engineer of the mural project, and others in the community wondered how they could convince anyone to invest in their town when it looked, well, dead. A local storeowner remembered a small town she had visited, Chemainus, British Columbia, that had murals painted on all the downtown buildings. The group started researching this town and other small towns that used murals and how they helped breathe life into communities. From that one idea the mural project began. Not limiting themselves to just the homegrown artists of Ely, they had murals painted by artists from China, Canada, California, Arizona, and Utah. Some they recruited, but others came to them. Lorraine Clark, owner of Clark Publishing and involved in the mural project since the beginning, said, “It was like we had guardian angels with us every step of the way. Once we had to order some tool and we had no idea where to look for it and I swear I went to our post office box that day and there was a catalog with exactly what we needed. Never heard of the company before, never ordered from them before but there it was.” 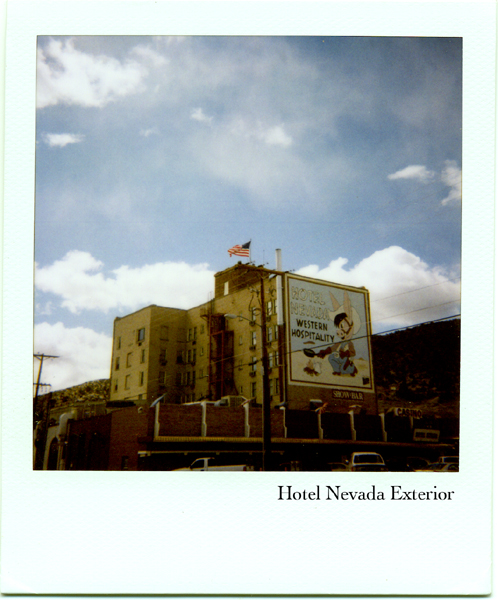 The murals became such a hit that local businesses like the Hotel Nevada began paying artists to paint murals on their buildings inside and out. The murals depicted the past and present of Ely and became a celebration of the small town and its diverse culture. They did such a wonderful job with the project that Global Arts and Tourism had their semiannual mural conference in Ely in 2004. 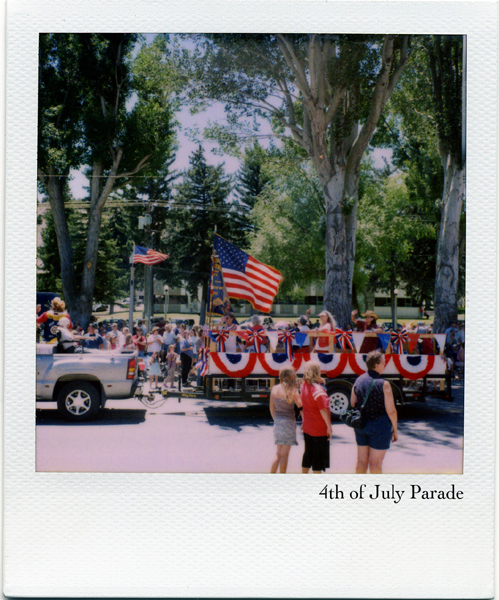 When coming up with a mission statement and slogan for the ERS, the group only had to look at the community around themselves. “Where the world met and became one” is on the front of all of the ERS literature, and it is evident in both the styles and subject matter of the murals as well as the decorations inside the small homes of the Ely Renaissance Village. People from Italy, England, France, Spain, Greece, China and the Balkan Peninsula came to Ely for the promise of work on the rail and American citizenship. Because of all of the different nationalities, religions, and languages, the one common holiday became the Fourth of July, which is to this day THE HOLIDAY in Ely. Besides a parade to rival every big city’s within a day’s drive, alumni from the White Pine County High School hold huge reunion parties, the Nevada Northern Railway takes several trips to the Village, and the Renaissance society holds a fundraiser complete with an auction of some of the antique treasures found in the village during the restoration. They also feature products made in White Pine County like sodas, wine, and beer from the White Pine Brewing Company. This year, one of the more exciting auction items was an unopened Christmas gift from the 1920s. It raised a thousand dollars and ended up being two prints of landscape paintings with price tags on the back for $1.30. 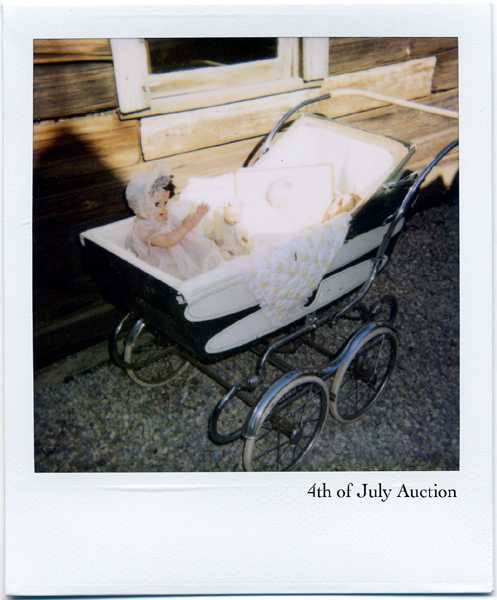 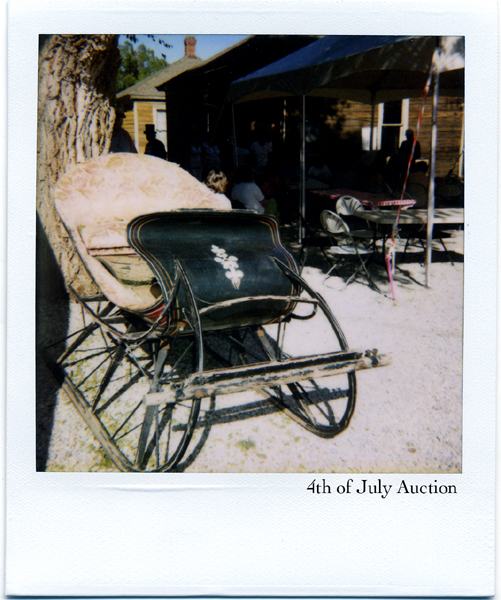 It has been important for the ERS to not just help cultivate art in Ely but also assist with new businesses and development. Their original goal was to help make Ely a thriving town again, and they don’t forget it. When JC Penney gave notice they were pulling out of Main Street Ely along with the Post Office in 2004, the group moved into action. They could not allow the downtown to become a series of empty storefronts, so a group of business owners and town leaders formed their own corporation, Community Owned Mercantile Project, Inc, and raised $400,000 by selling stock at $500 a share to investors from across Nevada. They opened up the Garnet Mercantile in the old JC Penney building. Mural artist and Salt Lake City native, Anthony Ithuralde (ERS’s current artist in residence) painted the façade of the building to look like an art deco structure of the 1920’s or 30’s. He is currently finishing a Greek mural that is installed in the windows on the side of the building.

Since its inception, the ERS has raised nearly half a million dollars for all of their projects and they have high hopes for the future of the ERS and Ely. Starting in 2008, they will begin a Farmer’s Market at the Village and are hoping to open up more studio space for artists in the near future. There are currently three artists working in the village. They also hope to acquire some other nearby buildings in need of restoration and maybe down the road have a bed and breakfast, or at least a place for visiting artists to stay. The town of Ely is refusing to sit idly by as big business makes drastic choices regarding this small town. They are taking the reins of their own future, and they are using art as an impetus. If you are interested in being involved in the Mural Project or are interested in what the town of Ely and the Ely Renaissance Society has to offer, please check out these websites. 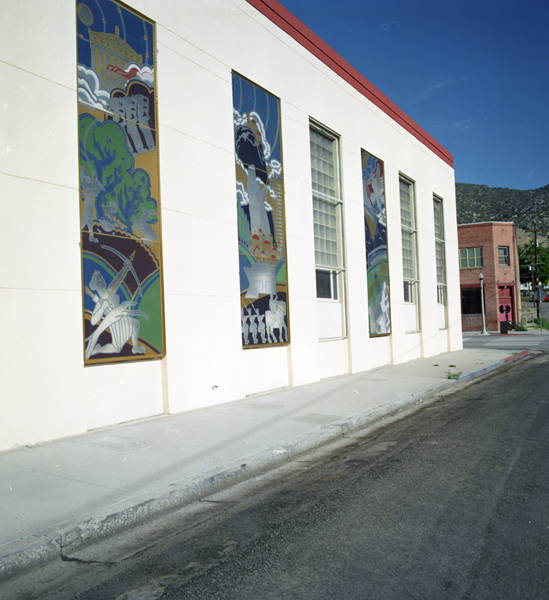