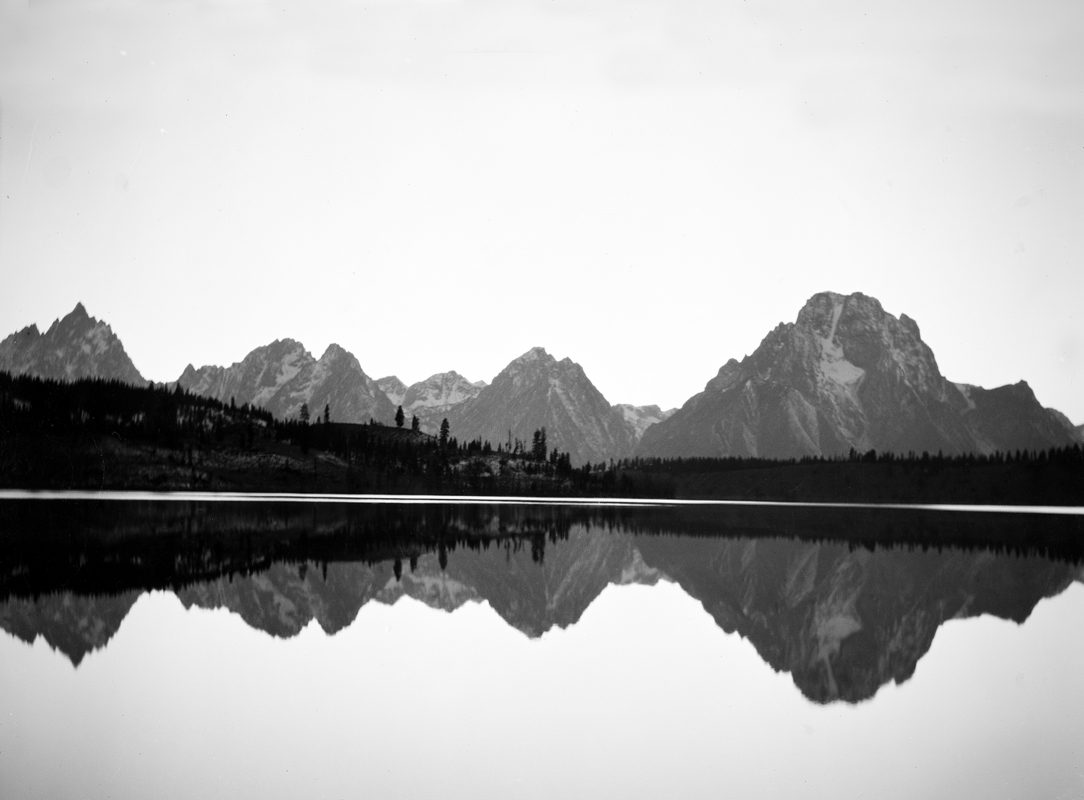 The LDS culture places a strong emphasis on family history, encouraging its members to research genealogical data as well as preserve the stories of family members. In this cultural endeavor, a special place is reserved for the “pioneers,” those early Mormons who came to Utah before the railroad. Norm Thurston, a state legislator from Utah county, was researching one of his pioneer ancestors when he came across an intriguing discovery.  As Springville Museum of Art (SMofA) director Rita Wright relates it, he came to her and said, “I’ve got a family member, George Beard, that you have some paintings [by] in your collection. I’m working with my good friend Herman du Toit [Head of Museum Research at Brigham Young University’s Museum of Art in Provo until his retirement in 2011], and he and I have been looking at the plates that George Beard did that are in Special Collections at BYU. We’re noticing the relationships between the photographs and the paintings.”

George Beard was born into a Latter-day Saint family in Chesire, England, in 1854 and came to Utah in 1868 with the John G. Holman Pioneer Company. The family settled in Coalville, where in 1887 George married Lovenia Bullock. They raised eight children and remained in Coalville their entire lives — he managed the Coalville Cooperative Mercantile Institution, served as both a mayor and an LDS bishop in the town, as well as a state legislator. He was also an avid painter — Coalville lies at the base of the Uinta Mountains, providing a variety of artistic subjects close at hand for the aspiring artist— and, as George Beard: Mormon Pioneer Artist with a Camera demonstrates, an accomplished photographer as well.

Beard learned watercolors from his mother in England (she died during the voyage to America), painted in the early 1870s with Carl Anderson (later an art instructor in Ogden), and sought advice on his craft from George M. Ottinger; but for the most part, he was a self-taught artist. He did receive instruction, though, in the art of photography from noted Utah photographer Charles R. Savage, and as this exhibit demonstrates, that training was crucial in his development as an artist. His daughter, Edna Beard Taylor, has remarked that her father would sketch and photograph in the summer and paint in the winter (see here). As the exhibition material explains, “He would carry his bulky photographic equipment and his beloved camera ‘Alice’ into what he referred to as the ‘roughest, wildest, most inaccessible corners in Wyoming, Idaho, Utah, California, Oregon, and the State of Washington.’” More than 1,500 of Beard’s glass plate negatives are now in the L. Tom Perry Special Collections at Brigham Young University — the plates capture everything from the giant redwoods of California and the Native people fishing in the Columbia River, to the crumbling remains of a stone cottage near Beard’s home. Thirty-two of his finest landscape plates have been selected by du Toit and digitally remastered and printed in exquisite form for the Springville exhibit.

Beard’s mastery of the photographic arts is ably demonstrated in a photograph like “Jackson Lake at Twilight,” a well-tuned composition with an impressive range of tones. The lake creates a mirror image of the soaring Tetons and the dark band of hills that surround it, the dual image divided by a striking band of white through the middle, while the weight of mountains and hills are placed on opposite sides of the photograph to give the otherwise still image a sense of push and pull.

Though Mormon Pioneer Artist with a Camera is centered on photography, a keystone to the show may certainly be ascribed to the smattering of large-scale landscape paintings on exhibit.  The works are imbued with a decidedly romantic element that agrees in sentiment with the “roughest, wildest, most inaccessible corners” of the American West, with a notion of a sublime and beautiful wonderment. There is an awe of the new and unattainable, the sense found in the wild climes of nature of something bigger, something beyond oneself, not unlike the ideals the Mormon pioneer spirit sought in divinity and the search for Zion. In fact, it was during Beard’s immigrant trip across America in 1868 that he had his first transformative experience in face of the mighty spectacle of nature. At one point, the westbound train stopped at Niagara Falls, and Beard later wrote of the experience: “If I have the soul of an artist it was born while there.” The paintings share with the photographic plates that spirit of divinity of the unforeseeable in nature. In one of his best-known paintings, “Dead Horse Pass,” crags of orange and purple rocks simultaneously reach up to the wispy clouds above, and fall down to the dark, shaded parts of the bottom of the canvas. As if to stress the precariousness and the awe-inspiring majesty of nature, Beard places one adventurer leading his packhorses down a treacherous trail while his companion waits above. Similar figures appear in his photographs, placing man within the narrative of an awe-inspiring nature while also giving a sense of the grand scale.

Painted late in life, the oil on canvas “Falls at Head of Green River,” 1931, is demonstrative of Beard’s frontiersman spirit and creative vitality.  The energy in the canvas feels immense and one can sense Beard and “Alice” perched on a rocky embankment decades before to take the photograph, also titled “Falls at Head of Green River,” (1907).  There is a decided relationship between the paintings and the photographs — in some instances, one is preparatory for the other — but with 1,500 photographic plates at the BYU Museum of Art archives, certainly painting was not the sole purpose for Beard’s photography, and there are paintings with a sublime, almost unearthly sentiment, which have no apparent photographic source. But the question of the true-to-life essence of Beard’s aesthetic can be found in his photography. As his daughter also has said, “He was untiring in his photography. He would wait for hours for certain light and cloud effects.”

Commenting on the aims of the BYU team working with the Beard glass plates, Rita Wright has stated that, “they had a twofold purpose — to make and remaster the prints and get them cleaned up.  Du Toit has spent the years since his retirement developing a print studio revisiting older techniques, from his own experience with photography, to go in, through an exacting process, and remain true.”  The Museum states, regarding the exhibition and regarding the transfer from glass negatives to print that the curators have had the “highest standards that George Beard would undoubtedly have approved. The fine quality of these prints bears witness to Beard’s masterful photographic technique — the skillful use of light and shade…”  A number of sources commenting on Beard’s work, either early in his career or posthumously, make mention of his light and shade.  Much of the grandeur of Beard’s painting is an intense use of saturated color amplified with light and contrasted with dark, and even in the grayscale of the photographs, there is a discernible saturation of tones. The more accomplished oil paintings on display were done when Beard was in his 60s and 70s, while some photographs were taken decades earlier, when he was much more able to brave the inaccessible corners of the American West. One can’t help but feel a sense of nostalgia in these paintings, with their heightened sense of grandeur, and Beard’s unique graphic element, a gauze of color that creates lights and darks resonant of Victorian-era photographs — he’s able to capture this in his photography as well, as in “Lake” (1920). A photograph like “Falls at the Head of Green River,” (1920) likely calls to mind many grand adventures, of the younger man maneuvering with “Alice” into the thicket of elements to face this torrential waterfall. It may even call to mind that first waterfall, in New York, which lit his artistic soul. Beard was an established frontiersman with an established reputation for dedication to his work and a pioneer for his country, his religion and his art. The work of du Toit and others, with help from advances in digital technology, has reanimated the soul and spirit of a true pioneer with the determinism of a frontiersman and the vision of an artist.

George Beard: Mormon Pioneer Artist with a Camera at the Springville Museum of Art, through June 17.