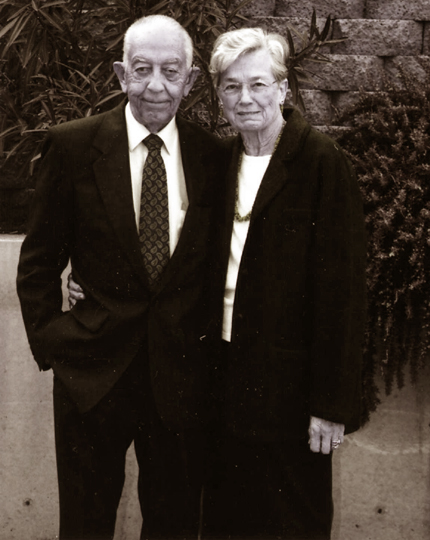 Gaell Lindstrom, well-known Utah artist and teacher, passed away yesterday at the age of 90. Born Gale William Lindstrom in Salt Lake in 1919, the artist studied under LeConte Stewart at the University of Utah and earned an M.F.A. degree at the California College of Arts and Crafts. He began his teaching career in Cedar City, where he taught at the High School as well as the College of Southern Utah, before moving to Logan in 1957 to teach at Utah State University.

Lindstrom was proficient in a variety of media, including watercolors, oils, pastels, ink, photography and ceramics. He is best known for his watercolors, which were often chacterized by dark, moody colors. He traveled widely, including Mexico, Guatemala, Hong Kong, Spain, Morocco, and Italy; and everywhere he went he painted the visual world around him.

When he retired, Lindstrom moved with his wife Marilyn to southern Utah. They spent many years in an adobe house east of Hurricane where the artist enjoyed painting the magnificent view of Zion Canyon outside his window. Most recently the artist lived in St. George where he was an active supporter of the arts community.

Graveside service will be held Saturday, August 29th, at 2pm at the Wasatch Lawn Memorial Park in Salt Lake City, Utah. Arrangements are being handled by Metcalf Mortuary. In lieu of flowers, please consider a contribution to the St. George Art Museum. 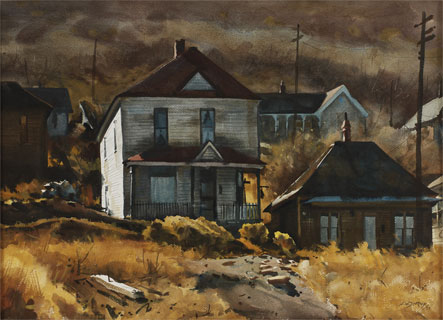 images: a recent photograph of the artist with his wife, Marilyn
Park City (1959) by Gaell Lindstrom, courtesy Springville Museum of Art