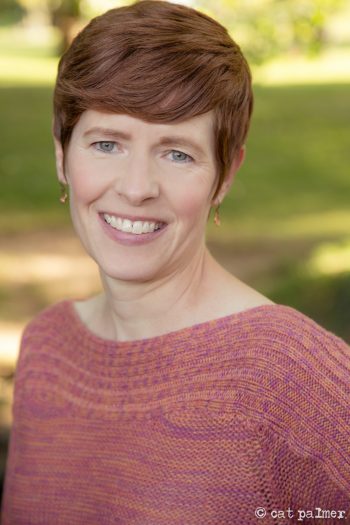 READ LOCAL First is the world’s most extensive library of Utah-related poets and writers. This month of February, we are proud to present the poetry of Lisa Roullard.

Roullard was born and raised in Seattle, Washington. She holds an MFA from Eastern Washington University. Her poetry has been nominated for the Pushcart Prize. In Boise, Idaho, her work has appeared on bus placards as part of Poetry in Motion. In 2013 and 2021, she won the Utah Original Writing Competition for poetry. She took first place in the 2021 children’s book category of the Utah Original Writing Competition, too.

Today’s five “fugitive” poems were each included in her 2021 winning manuscript; none are previously published.

Years ago, Roullard heard about a fugitive on the run who survived outdoors to elude capture.  A year later, she wrote her first fugitive poem. “It never entered my mind that I’d write another, but then, suddenly, that was all I was writing—poems from a fugitive’s point of view,” she says.

Roullard is now working on a full-length manuscript that explores various aspects of the fugitive experience. 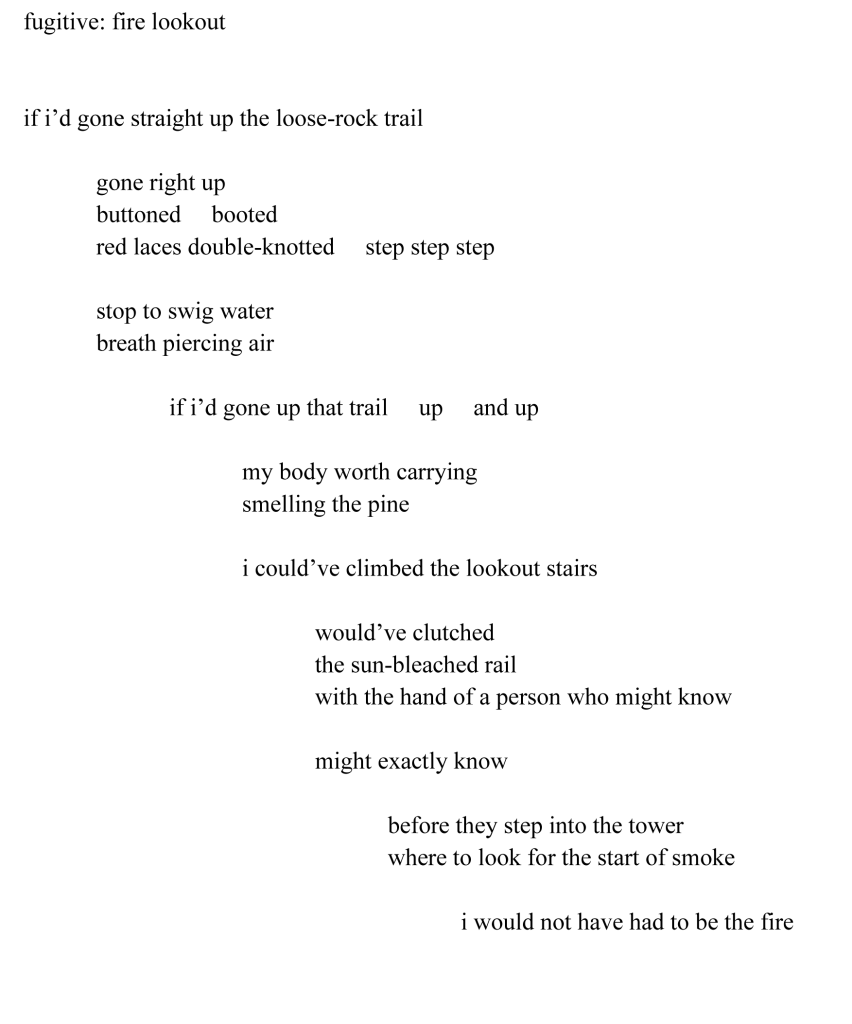 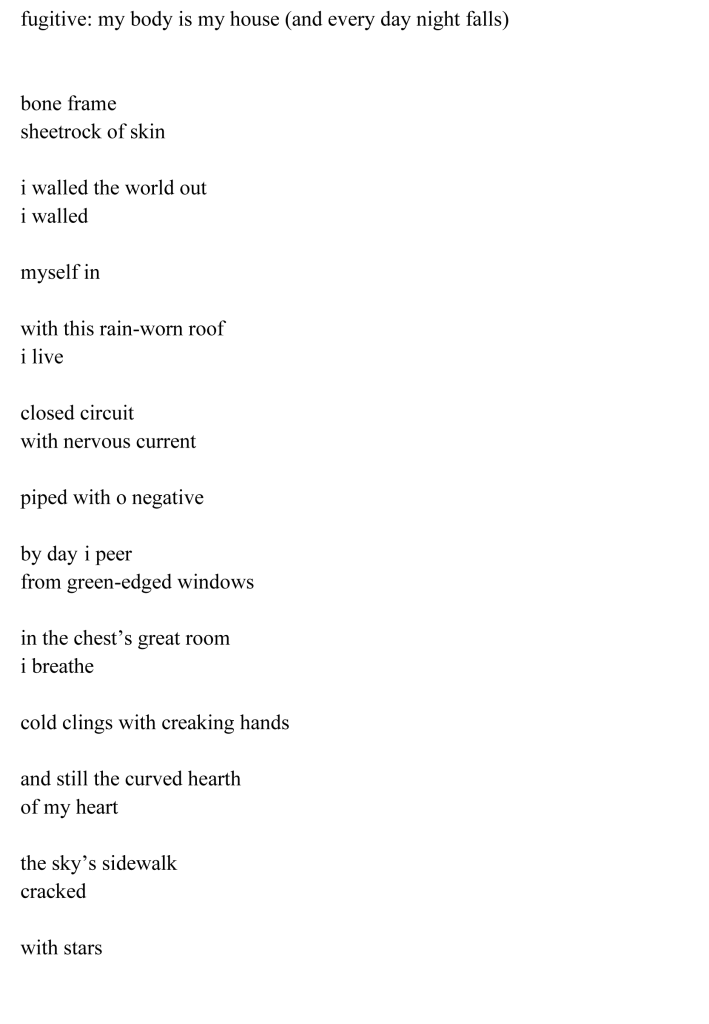 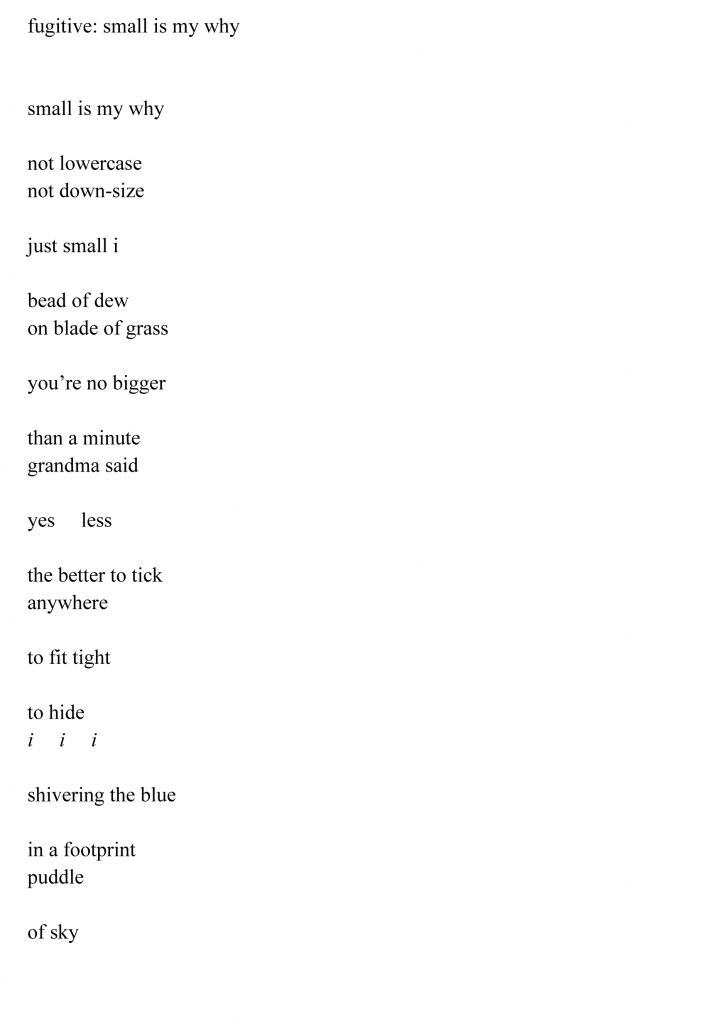 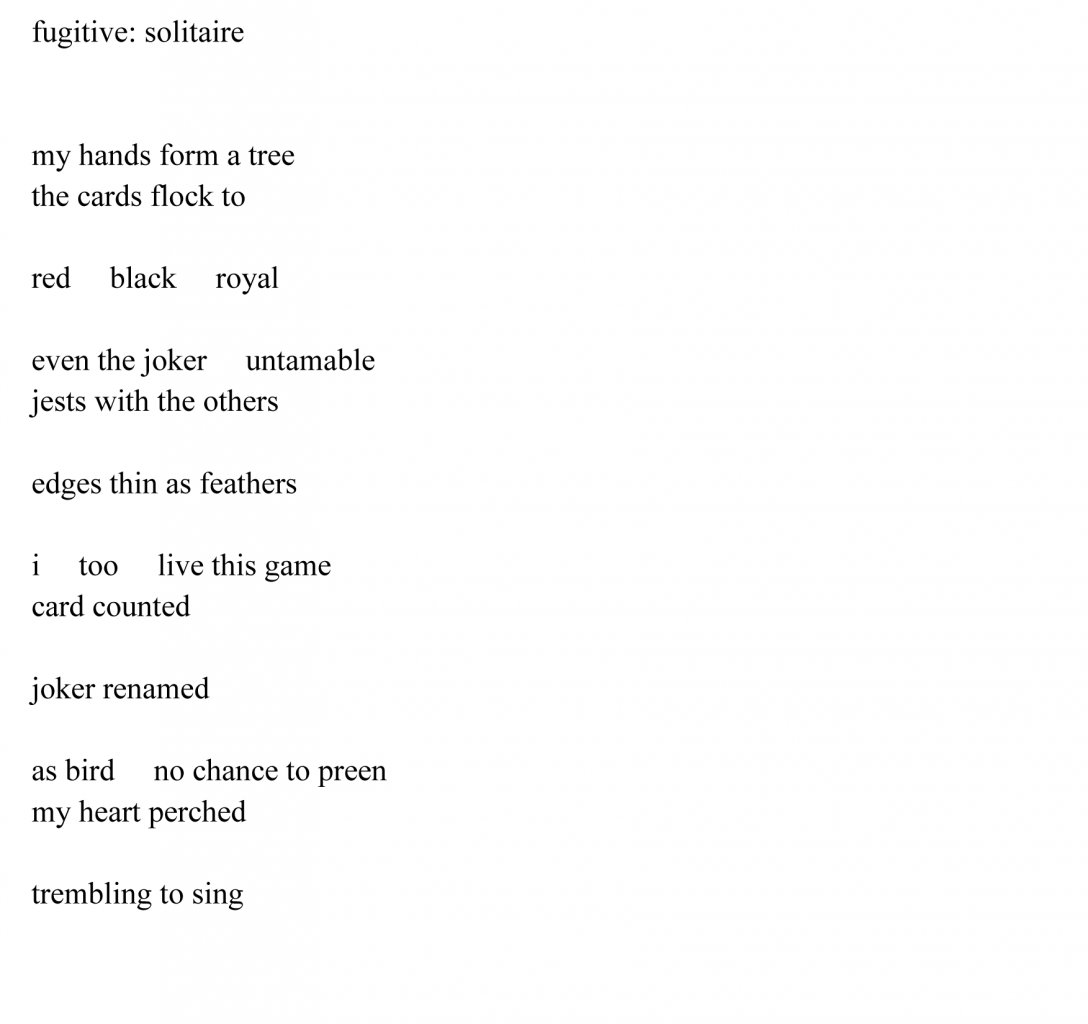