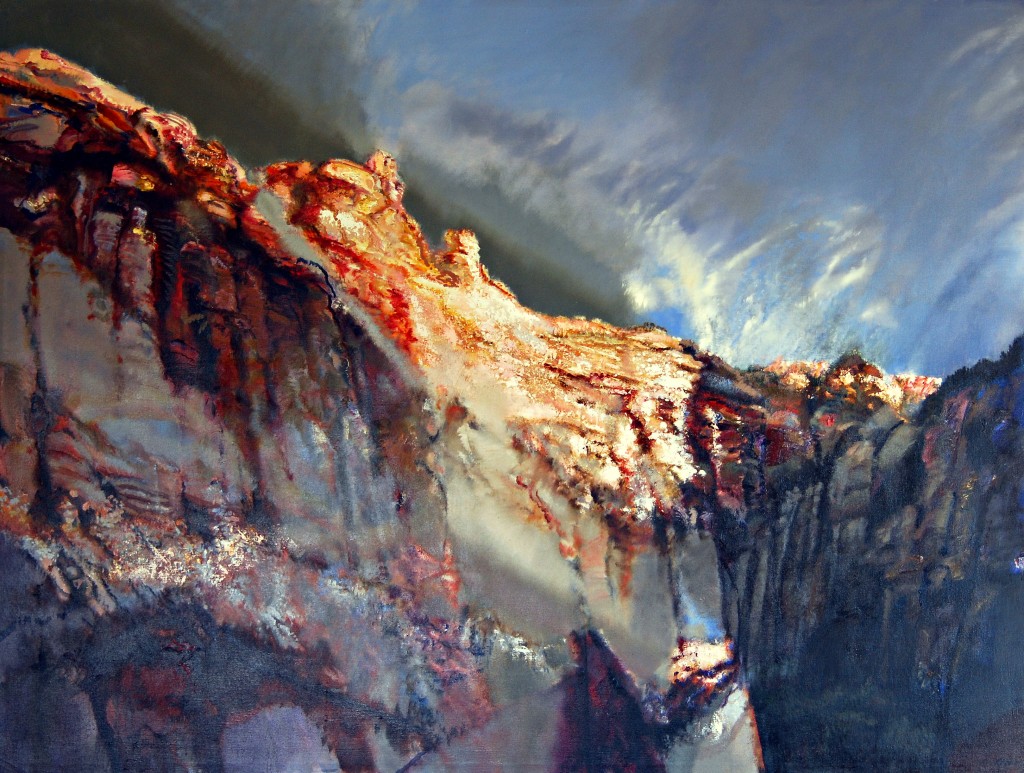 Final Light by V. Douglas Snow, owned by Katie Lee, one of the authors featured in the new book on the artist.

Sure, the weather we’re having, with its frequent shifts in temperature and sudden downpours, can be a bit tricky, but man does it provide some great visuals — the changing shadows, the saturation of local color, the dramatic clouds draping and transforming our cliffs and mountains. This is the type of weather the late Doug Snow (see our September 2013 edition for a review of the book on Snow, Final Light) loved to paint.

If you’re willing to embrace rather than hide from the weather we’re having, you could select no better location this weekend than Snow’s own stomping grounds near Capitol Reef. Because if the possibility of flash floods cancels you’re planned hike, there is plenty in the area to do indoors.

The UMFA Affininty Group, Friends of Utah Western Art (FUWA), has organized a weekend highlighting art & design in the area. The agenda includes a tour of the studio of Sylvia and Paul Davis (Paul was voted one of Utah’s 15 this year), a presentation honoring Snow, and private tours to look at some of the architectural gems in town. Okay, there is a caveat (other than the weather) — you have to be a member of FUWA to attend. You can learn more about becoming a member here. See below for what that membership will get for you this weekend.

9:30 am  |  Paul and Sylvia Davis Studio Tour
Paul and Sylvia Davis are full-time residents of Torrey and will open their studio space to FUWA patrons. Sylvia has been working as a wood sculptor for over thirty-five years and has developed her style of working with wood and bronze. Her sculptures of animals involve constantly adding and subtracting blocks of wood until a complex and surprising shape emerges. Paul was a professor of art at the University of Utah; he is an accomplished painter and is revered by his former students. He has been featured in publications including Southwest Art Magazine and Utah Painting and Sculpture by Vern Swenson. His work has been shown in New York City, San Francisco, Santa Fe, and, of course, Torrey. Both Paul and Sylvia have works in the UMFA’s permanent collection.

1:30 pm  |  Honoring Doug Snow: A Presentation by Frank McEntire at Robber’s Roost Books and Beverages
Artist Frank McEntire will host a conversation about legendary artist Doug Snow, who lived and worked in Torrey for over half a century. In 1957, Snow was featured in Life magazine, establishing him as a nationally recognized artist at the age of thirty. He became a devoted educator, working as a professor at the University of Utah. Today, Snow’s artwork is part of numerous local and nation collections, including the UMFA’s permanent collection. 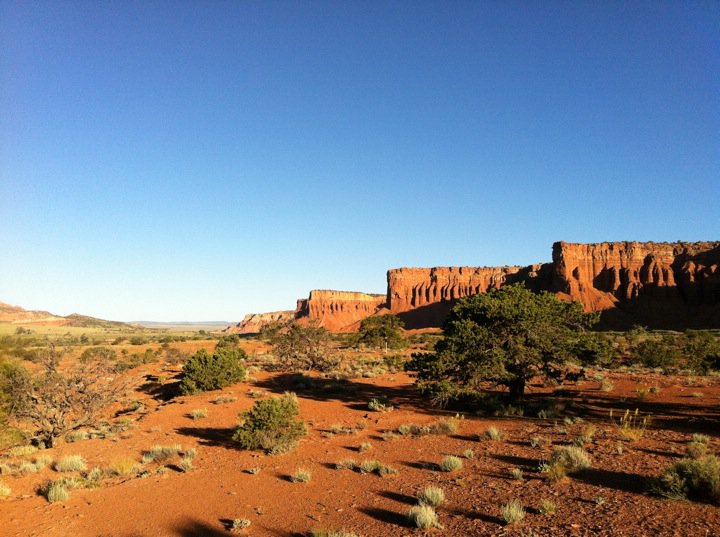 The view from the home of Laura and Cal Boardman.