Summer may be the prime time for festivals, but in Utah the drop in temperatures and return to school does not signal the end of its festival season.

Many of the festivals coming up are local harvest celebrations that, while they might feature artist booths, are more about local produce — like Payson’s Onion Days, which occurred last weekend. But there are still plenty of culturally-centered festivals coming up that you can check out. 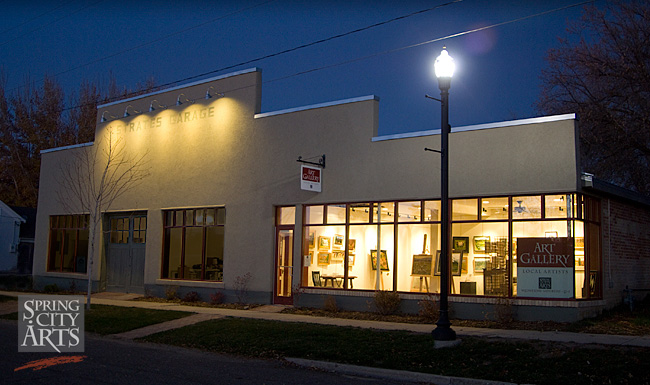 If you like art festivals, this Saturday (September 11) your destination should be Spring City. Featured in our July article on rural art towns, Spring City has been a draw for artists for at least the past two decades. Many of them have taken an active part in making the historic town an arts destination. The local non-profit, Spring City Arts, (see our September 2008 edition), sponsors their annual festival, which features a plein air competition, an exhibition, art festival and artist studio tour. The tour is a double-barreled blast of culture, giving viewers the opportunity to take a look at artists in their natural setting, as well as visit some of the town’s historic homes and buildings.

In the pages of 15 Bytes we’ve already introduced you to some of these artists (Jared Latimer and Susan Gallcher) and taken you inside the studios of others (Kathleen Petersonand Joe Bennion) but there are plenty more to check out. And you can see the wet canvases from the artists participating in the plein air competition.

Later this month (September 24-25), the Escalante Canyons Art Festival/ Everett Ruess Days celebrates the spirit of the still-missing poet and artist in painting and prose. The plein air competition begins September 19th, and the keynote speaker for this year’s event will be James Aton, English Professor at Southern Utah University, who will discuss “John Wesley Powell: Exploring
Escalante and Beyond.” Escalante is a remote town and accommodations can be scarce so early reservations are recommended.
ww.escalantecanyonsartfestival.org