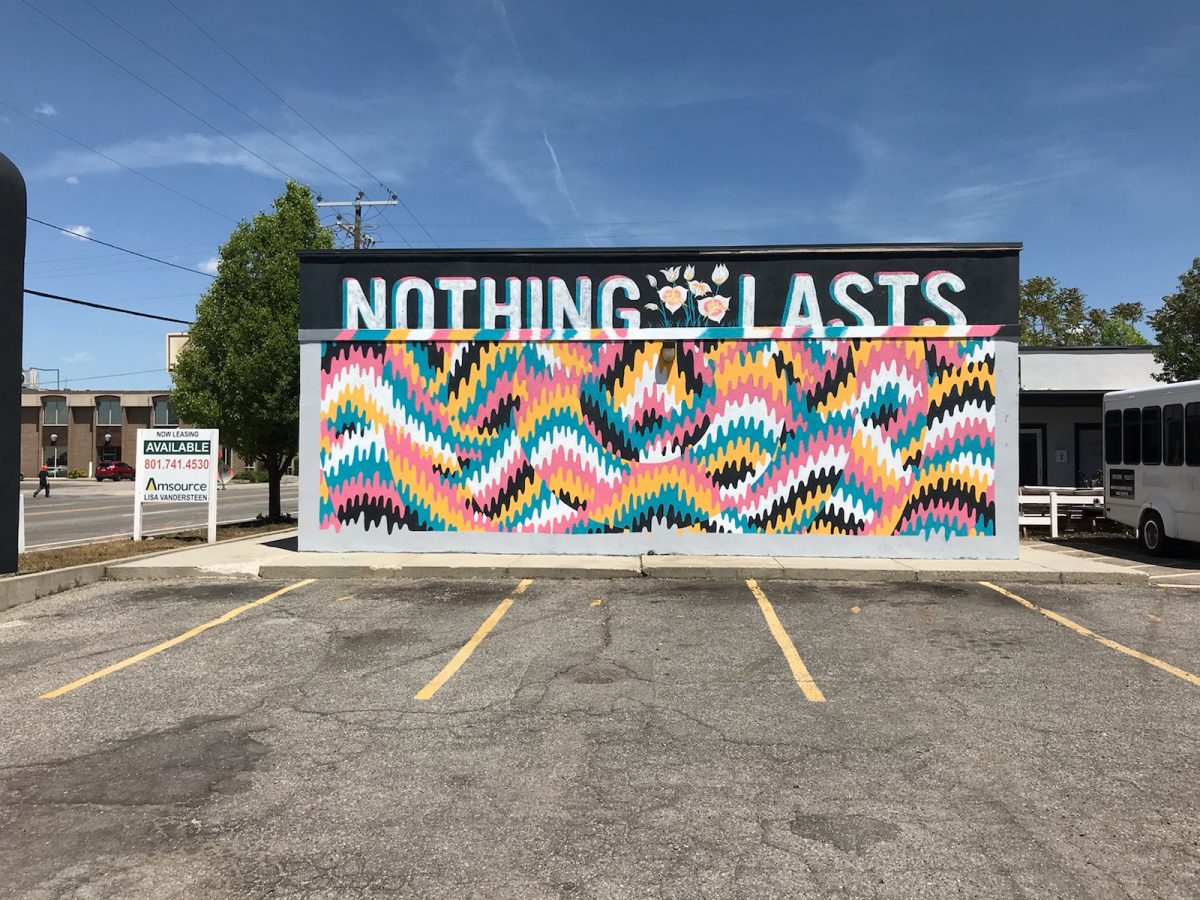 What will South Salt Lake’s downtown area look like in two decades? Who knows. As Evan Jed Memmott’s mural reminds us, “Nothing Lasts.” Right now, however, the area is going through a revival, with hundreds of new residences popping up, plus a grocery store, a half dozen breweries, eateries and more. It still has the eclectic mixture of small buildings and warehouses, where machinists, creatives, mechanics and designers all share space. And with the city’s Mural Fest in its second year, plenty of murals.