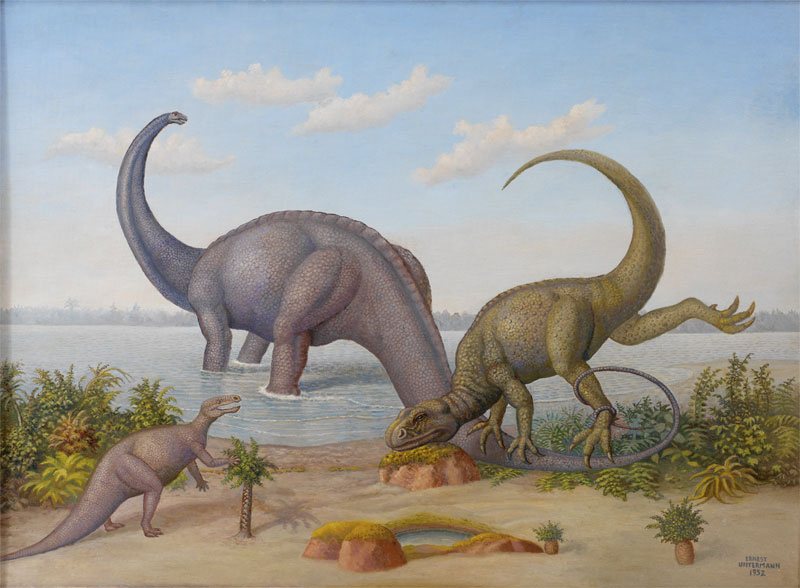 I doubt any of us would be able to connect these three terms were they to appear on one of those comprehensive college entrance exams requiring you to conclude how they are all related. But I like that they are all connected, probably because having been a Mormon Democrat all my life (and therefore a bastard in each circle) I have been used to conflicting identifications.

I became acquainted with the art of Gerhard Ernest Untermann [1864-1956] — the answer to the quiz —
this past year as I read Painters of Utah’s Canyons and Deserts, authored by good friends Donna Poulton and Vern Swanson. Untermann’s Dinosaur Quarry Area, 1947, |2| attracted me immediately because of its naïve but powerful treatment of the area around Utah’s most famous fossil location. Breezing through the narrative I came to a “quick stop,” as my driver’s ed teacher used to say. His distinctive art was reason enough to pause but learning that Untermann came from a Marxist background and had been an active Socialist, held my attention. 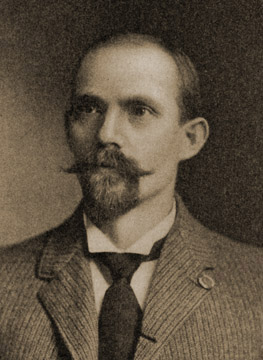 Untermann came from Brandenburg, Prussia and graduated from the University of Berlin having studied geology and paleontology. Like many students today Untermann couldn’t readily find work in his field of study so he became a deckhand on a steamer, and later on several other ships. Three of these vessels sank, his final experience seeing him nearly meet his maker. It was while sailing the high seas that Untermann began sketching and painting in his off hours.

He eventually emigrated to the United States and became a US Citizen in 1893, and became involved in encouraging Socialism in his new country. The young idealist also authored a number of books, articles and translations in the field of Socialism and Communism. He is credited with translating the first American version of Das Kapital, the central authority for Communism by Karl Marx. Along the way, Untermann became a good friend of Jack London (of Call of the Wild fame), Eugene Debs, Upton Sinclair, and John Reid. Untermann co-founded the American Socialist Party and subsequently became the Socialist candidate for Governor of Idaho in 1910 and for US Senate from California in 1912. Untermann’s radical years ended when he decided that he was too much the pacifist to be associated with some of the violent paths his radical associates were taking.

Having left radical politics, Untermann took a position with a Chicago mining company. They assigned him to survey a company-owned mine located in an area north of Vernal, Utah between 1919 and 1921. He absorbed the surrounding rugged area of the Uintah Mountains and started painting the primitive areas. He also began associating with Early Douglass, a Carnegie University professor. It was Douglass who first developed the quarry in Vernal, now known as the Dinosaur National Monument. The pair became close friends, sharing their passion for paleontology.

In the early 1930s, Untermann determined to create paintings and illustrations of the areas located in the vicinity of Vernal. The paleontologist, artist, and radical had an ongoing correspondence with Upton Sinclair and in a letter written in 1930, Untermann described his renditions of the rugged area of the Uintas: “When you look at it [his contemporary landscapes] you have to but realize that you see the Jurassic, Triassic, Permian, Pennsylvanian, and Mississippian, that prehistoric plants and animals are hidden in the rocks and under the sagebrush and juniper, and that you are looking at infinity at something whose beginning and end no mind can ever know, no matter how may qualities it develops.”

Several years later, Untermann, in another letter to Sinclair, lamented “Although at times I have not enough money to buy canvas and paints, I am going on with this work and will not exhibit, until I have a really worthwhile and representative collection. I sell a landscape now and again to some stray art lover who happens to come my way. And I sell at any price just to be able to go on with my work.”

Dr. Donna Poulton, co-author of Painters of Utah’s Canyons and Deserts, reports that Untermann journeyed to California and Oregon, living on the West Coast for about ten years until his final return to Vernal in 1943. On the occasion of his son Ernie’s appointment as the director of the Old Museum of Natural History, Untermann elected to spend the remainder of his life in Vernal, painting and studying the world of dinosaurs.

I find Untermann’s transformation from Marxist radical from Germany and urban cities in the east to the sedate, grandfatherly surroundings in Vernal, Utah. Poulton concludes that, “his charming landscapes of Utah and Colorado make him the first important artist to reside in Vernal until Valoy Eaton.” A number of Untermann’s estimated 250 paintings and murals remain in the museums in Vernal. In a 1951 unpublished typescript, “Art Through the Ages,” Untermann summarized his feelings in this way: “As for the art of the future, I am convinced that the art of beauty which inspires people to higher aims, gives them a clearer idea of their position in the universe, and leads them forward to more power over the uncontrolled forces of nature and society, will do the most good and will last longest. It will be art for the community, not just for a few rich patrons. It will make a constructive appeal to the intelligence as well as to the esthetic senses. It will be understood by everybody without an interpreter.” 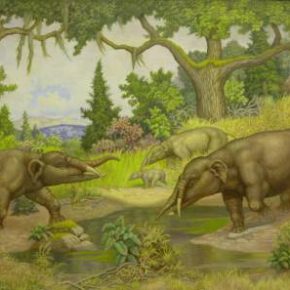 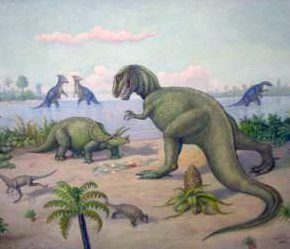 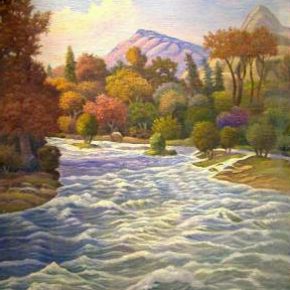 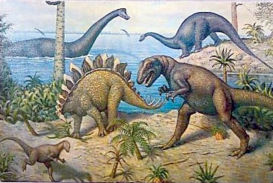 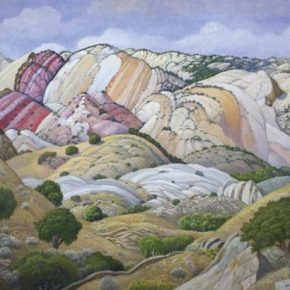