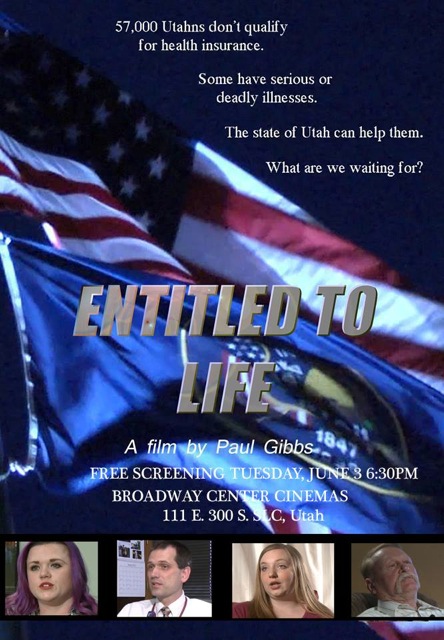 In 2008 Utah Filmmaker Paul Gibbs was diagnosed with end-stage kidney failure. His economic situation qualified him for Medicaid so he was able to be treated and receive a kidney transplant that saved his life. In 2010 President Obama signed into law the Affordable Care Act which included an expansion of Medicaid so more low-income people could qualify. Unfortunately, a court decision made it possible for individual states to “opt out” of the Medicaid expansion, despite the fact that it would cost them nothing to participate in the expanded program. Utah is one of several states that has chosen to opt out of the expansion which has left tens of thousands of Utahn’ without healthcare who would otherwise have been covered by the ACA.

Gibbs has written, directed and edited a heartfelt and passionate documentary short featuring interviews with Utah doctors, patients and politicians who express many compelling reasons for why the state should change its politically-motivated position and accept the federal Medicaid expansion.

A FREE screening of Entitled to Life will take place at the Broadway Center Cinemas on 111 East 300 South in Salt Lake City on June 3, 2014 at 6:30 PM starting with an introduction and followed by a panel discussion.