Duane Linklater at the UMFA 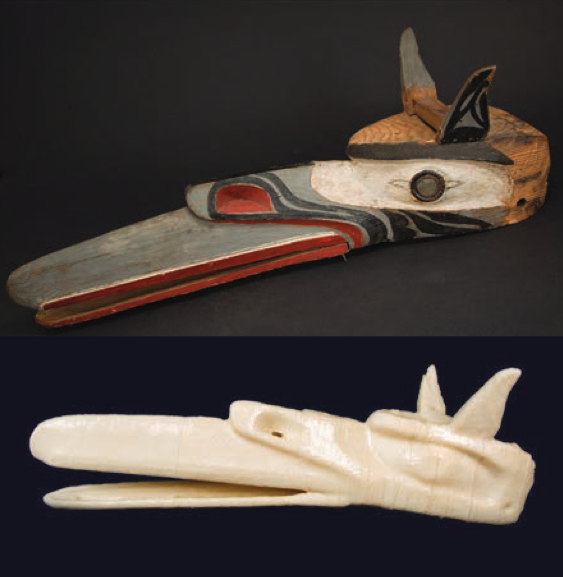 Hard to believe we’re at salt 11 already, but here we are, and Duane Linklater, an Omaskêko Cree from Moose Cree First Nation in present-day Northern Ontario, Canada, is the artist at hand.

These semi-annual “salt” exhibitions at the Utah Museum of Fine Arts, showcasing work by emerging artists from around the world, aim to bring new and diverse artwork to “the city that shares the program’s name,” with an emphasis on reflecting the impact of contemporary art today.

Born in 1976, Linklater holds bachelor’s degrees in fine art and Native studies from the University of Alberta and a master’s in film from the Milton Avery Graduate School of Arts at Bard College in New York. He won the Sobey Art Award, Canada’s top prize for emerging artists, in 2013, and lives in North Bay, Ontario, with his wife and children.

Raised in an isolated community of about 1,000, he was exposed to art at an early age. “There were two channels on TV and one played British art programs,” he says. His family left the reservation for Ontario, and moving from home to town was formative: “I went to mainstream schools and started thinking about making art in 9th grade.”

He is now a businessperson who speaks in Cree and more importantly, thinks in Cree and so is always translating. “There are two very different translations of a mask,” he says. “The museum’s; and mine.”

What Linklater has done at the UMFA is curious: he selected 17 objects spanning more than a century from the museum’s collection and had the eight three-dimensional objects (painted masks, headdresses, clay pots, a costumed kachina doll, and a model wooden totem pole) copied as sculptures by a team at the U using 3-D scanning and printing technology and also photographed the nine textiles from the UMFA’s collection database as they appeared on his computer screen in Canada and then printed those images on linen.

Linen, he said, seemed to feel good for the textiles – a good weight, with good reaction from the contemporary printing press. The important thing for both projects, he emphasizes, was choosing very specific objects in the collection, as he was working at a great geographical distance with the sculptures and didn’t see them completed until just days before the show opened.

Whitney Tassie, curator of modern and contemporary art for UMFA, who is responsible for the exhibition, says in many ways this is really a photography show. The wall pieces are from a large-format printer that photographed the textiles. “And Duane took a photo of his own computer screen. You’ll see red- and- green lattice pattern moiré from photographing the computer screen.”

But Linklater points out that he experiences art through the Internet. “We all do. The representation, not the thing . . .  As contemporary people we’re always sort of negotiating. We don’t handle or feel the material.” He points to books as an example. For him, the ideas come first and the forms come later.

One concern for the museum in opening the collection to an American Indian was that the colonial legacy of museums is always a sticky subject. In her catalog Tassie writes that “. . .the very concept of collecting and presenting objects to represent non-Western cultures reflects a Western worldview that objectified non-Western peoples as primitive, romanticized, and lesser Others. “ The objects Linklater selected were acquired by the museum between 1974 and 2003 through donation and purchase from five private collectors,” she writes.

None of the objects are of Linklater’s own tribe.

Further, the museum did not know their authors.

And, as Tassie writes: “. . . every object has an author . . . and it can be difficult or impossible to know when or how this key information was lost from the object’s provenance. At the first transfer of ownership? The third?  Museums only accession legally acquired objects into their collections, but, as postcolonial theorist Moira Simpson points out, ‘such decisions have been made on the basis of Western legal systems and concepts of ownership, with scant regard for indigenous peoples’ concepts of individual or communal ownership and right over objects or knowledge.’”

Happily, Linklater’s work inspired research that uncovered new information about the UMFA’s collection of American Indian artifacts. “’Recovery’ is a word that comes up again and again,” says Tassie. New research revealed that the Kwakiutl Chief’s Headdress that Linklater copied actually came from another Pacific Coast people, the Cowichan. And a small black pot the salt 11 artist copied that has an incised bird design the museum had attributed to an unknown Santa Clara Pueblo artist is now, after much further research, labeled as by the noted artist Madeline Tafoya (Santa Clara Pueblo, 1912-2002).

Linklater says it is an intense process to “copy someone else alive or not alive. What does it mean to collaborate with a curator on a dead person’s work?”

salt 11: Duane Linklater is at the Utah Museum of Fine Arts through August 2.