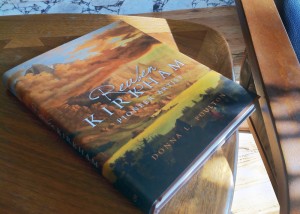 If you’ve been to Salt Lake County’s governmental buildings at 21st and State — for a public hearing, to get a business license, or to dispose of your fluorescent lights — you’ve probably seen it at the top of the North building’s escalator: an ambitious, if sometimes clumsy, canvas, its debt to the Hudson River School obvious, “Wilds of the Wasatch” depicts an alpine setting full of jagged peaks, with an evening sun, shaded by passing clouds, lighting a mountain lake in golden-green tones (because of the grandeur of the scene, or your rush to complete your errand, you may have missed the two small figures in the foreground, native Americans dressed in blue and red). The artist is Reuben Kirkham, one of Utah’s earliest painters. This past month, Donna Poulton, curator of art of Utah and the West at the Utah Museum of Fine Arts, brought out a handsomely produced monograph on Kirkham, rich with color and monochrome plates illustrating her story of the artist’s life of lost love, highway robbery, and yards and yards of traveling canvas.

In 1850, Kirkham’s family emigrated to the U.S. from their home in Lancashire, England. They headed to the West, landing in New Orleans, then sailing up the Mississippi to settle, first in St. Louis, and then Wisconsin. Along the way Kirkham’s sister Ann married Thomas Briggs, a Mormon, and eventually most of the family joined the LDS church. Their plans to reach Salt Lake were thwarted, however, for nearly a decade. Briggs broke a leg and was unable to work for a time, and another sister, Mary, threatened to kill herself if the family moved west. The Kirkhams only arrived in Utah in 1868, a year before wagons were replaced by trains, and the age of Pioneers ended. Kirkham was twenty-three.

Kirkham brought to Utah a love of nature and a burning desire to paint (a box of paints given to him for Christmas in 1861 ignited his first explorations). “With all the encumbrances of pioneer existence he continued to hope to be an artist,” Poulton writes of Kirkham’s arrival in Salt Lake. “Reuben sketched on whatever he could find, often using charcoal from the fire and old scraps of paper. He used his good pencils to work out the more demanding problems of sketching technique, such as perspective or modeling with shadow and light, and these were the most satisfying moments of his day.”

In pioneer Utah, artistic study was restricted to viewing the work of itinerant artists and working with one’s peers, and patrons, in communities with more pressing needs than fine décor, were scarce. Kirkham did odd jobs and worked on the farms of relatives and neighbors. Like many other painters, he earned money painting interiors and hanging wallpaper. He also began a lifelong association with the theater, both as an artist and actor, and his first big artistic break was painting stage scenery at the Lehi Music Hall with fellow painter Alfred Lambourne.

We know much of this because of the journal Kirkham began keeping in the early 1870s. This document provides meat for Poulton’s text, and she serves it up wonderfully garnished with historical context from primary and secondary sources. 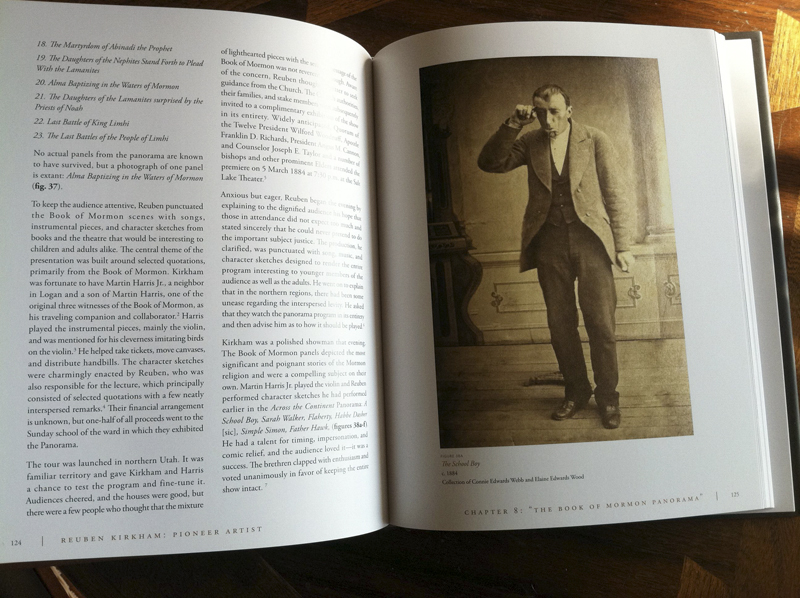 From the journals, we learn that Kirkham’s trip with Lambourne in 1874, to study art in the east, ended in disaster when Kirkham was held up by a notorious desperado. He was forced to stop with his sister Mary, in Illinois, in order to raise money for a new train fare — not to join Lambourne, who had continued on, but to return to Salt Lake, where the girl he had left behind was writing fewer and fewer letters. He had as little luck heading west as east though. By the time he returned to Salt Lake his fickle sweetheart had found another beau.

The reader will be happy to learn that not all of Kirkham’s life was like 1874. But since, as Poulton says, some journal keepers write “when they are depressed or low as a way to unburden themselves,” after Kirkham’s life improves — with business ventures that provide needed income and a happy marriage to Echo Squires — his journal entries became increasingly sporadic and we must begin to track his life through sketchbooks and newspaper accounts.

It is in the newspapers that we follow Kirkham’s ventures with panoramas, a series of large-scale paintings designed to be shown in the round, or serially as part of a theatrical performance. The first was begun with Alfred Lambourne, featured over 7,000 square feet of canvas, and depicted scenes from across the United States. The second featured scenes from the Book of Mormon and a theatrical presentation “punctuated … with songs, instrumental pieces, and character sketches from books and the theater that would be interesting to children and adults alike.”

The panoramas allowed Kirkham to travel the state and earn a sort of living before his life was cut short in 1886. His determination to paint may have been his undoing. His health had never been excellent, and though he officially died of typhoid pneumonia, knowing what we do now about the chemicals a painter used at the time, his wife’s belief — that it was his painting that killed him — may not be unfounded. Though his easel paintings received some praise from the critics of his time, Kirkham never quite painted himself out of the pioneer artist mold. With his determination to continue painting, however, one wonders what he might have achieved had he made it back east, or lived past his forty-first birthday.

Reuben Kirkham: Pioneer Artist, published by Cedar Fort in Springville, is an attractive volume. The illustrations — over thirty color plates of the artist’s works, as well as numerous photographs, including ones of Kirkham onstage in various roles — are very well produced. Notes have been placed at the end of each chapter, providing easy access to source material and extended discussions of the text. Researchers — and collectors looking to score at estate sales — will find the Catalog Raisoné ’s detailed descriptions of the 162 known works by Kirkham a boon (though historians of related subjects will lament the book’s lack of an index).

A book like Reuben Kirkham, which breaks ground by exploring the life and work of a relatively unknown artist, is never easy to write. One must consider at what point historical context becomes textual filler; when conditionals, like “might,” “could” and “would,” obfuscate rather than illuminate; and where space devoted to questions of research become stumbling blocks for the average reader. Poulton does an admirable job balancing these concerns. Her unfettered prose sails along smoothly, stopping only occasionally to tease out an argument or delve into context that would have appeared out of the corner of the subject’s eye. Most of all, Poulton has a keen eye for art and, alongside the judgments of Kirkham’s contemporaries, is able to describe and analyze the struggles and successes of this early Utah artist. It comes too late as a holiday gift, but Donna Poulton’s Reuben Kirkham makes a wonderful addition to any library of Utah art. And if you’re just beginning to collect, what better way to start than with one of Utah’s earliest artists. 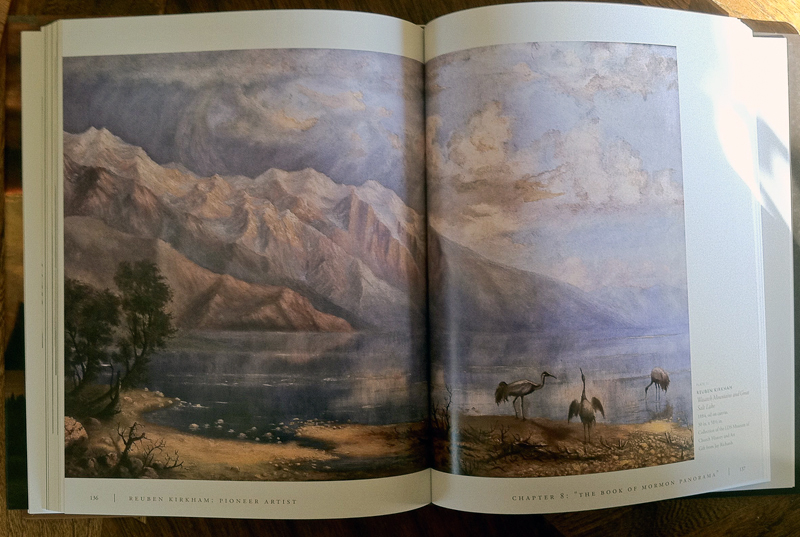 You can purchase Reuben Kirkham: Pioneer Artist at Williams Fine Art or online at amazon.com