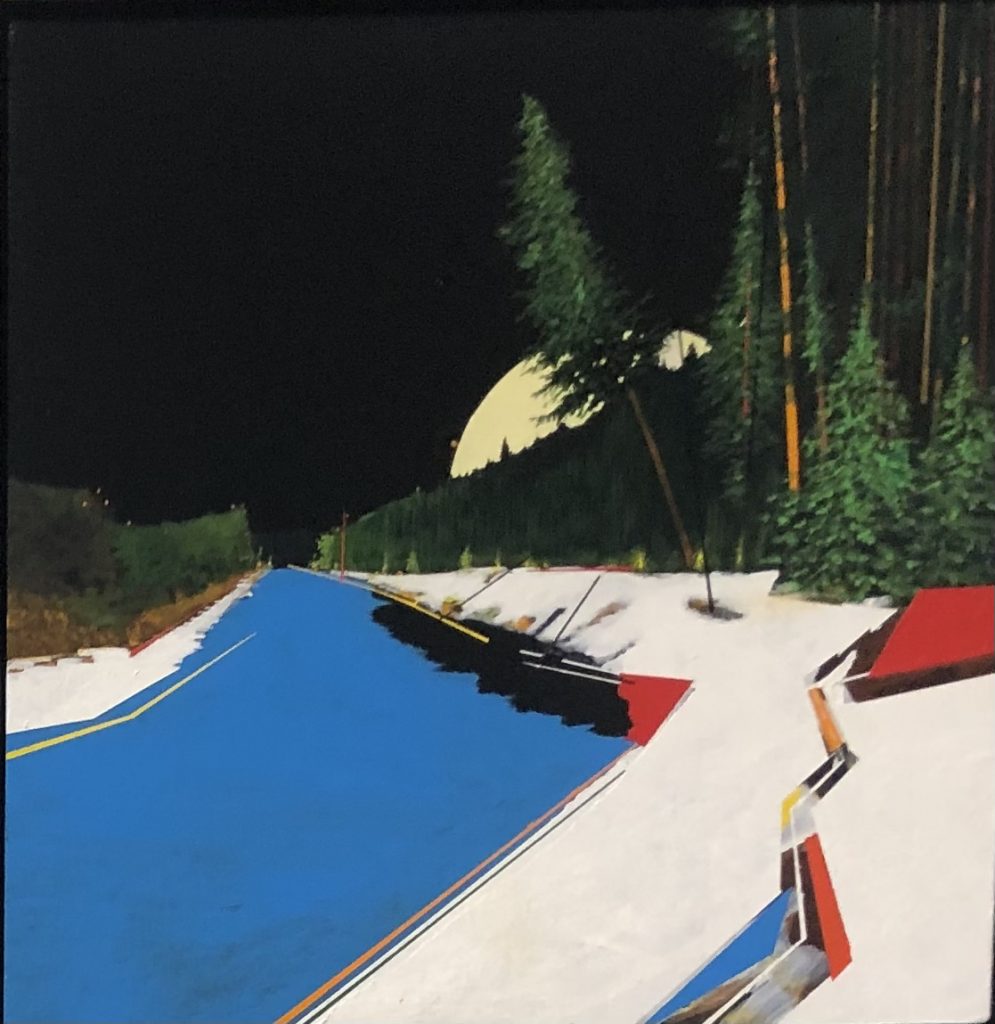 From the exhibition “After Palekh” at UMOCA

A canal, or perhaps a river — in any event, a long, narrow seam of water — runs alongside a forest, divided from it by a bank of snow. We recognize the water because of its intense blue color and how it reflects the trees. We know them by their deep green color and serrated profiles. Where the sky should be there’s a black space suggesting night, and to prove that correct, a yellow prism —the moon emerging from behind the trees, rising right on cue. It’s a triumph for the eye and mind to have identified all the parts, and the reward comes in the form of a complete and delightful landscape that leaps thrillingly into view.

The beginning art viewer may long for verisimilitude — resemblance between the image in the art and the original in nature — on the gallery or museum wall. But with practice, we all learn to favor one flavor or another of that something special that the artist inserts, like a filter, between what the unaided eye would see and how the art reveals it. At the end of the 19th century, English painting featured the Pre-Raphaelite vision at the same time as French artists advanced Impressionism. The French way of seeing won out, giving rise to the most lasting and popular style in art history, though recently, in the first decades of the 21st century, the Pre-Raphaelite vision has staged something of a comeback.

Dimitri Kozyrev’s painting takes us back to those same years, but to a school of art that flourished in relative isolation. In his native Russia, the medieval technique of egg tempera painting survived long after Western painters had replaced it with oil paint. Tempera offers more brilliant and intense colors, with hard surfaces that permit razor sharp edges and distinct shapes, but in paints that dry quickly and must be worked decisively, in minutes rather than days or even months. Tempera survived in Russia largely because of its use in painting icons, the religious images that resembled jewels and were treated as precious objects as much as works of art. But with the coming of the 20th century, a new politics discouraged both religion and sacred artifacts, and the painters they had supported turned to another art form: the Palekh, or folk-art painting. These ornamental boxtops were more functional than icons, but tried to make up for the loss of status with greater elaboration and captivating stories. 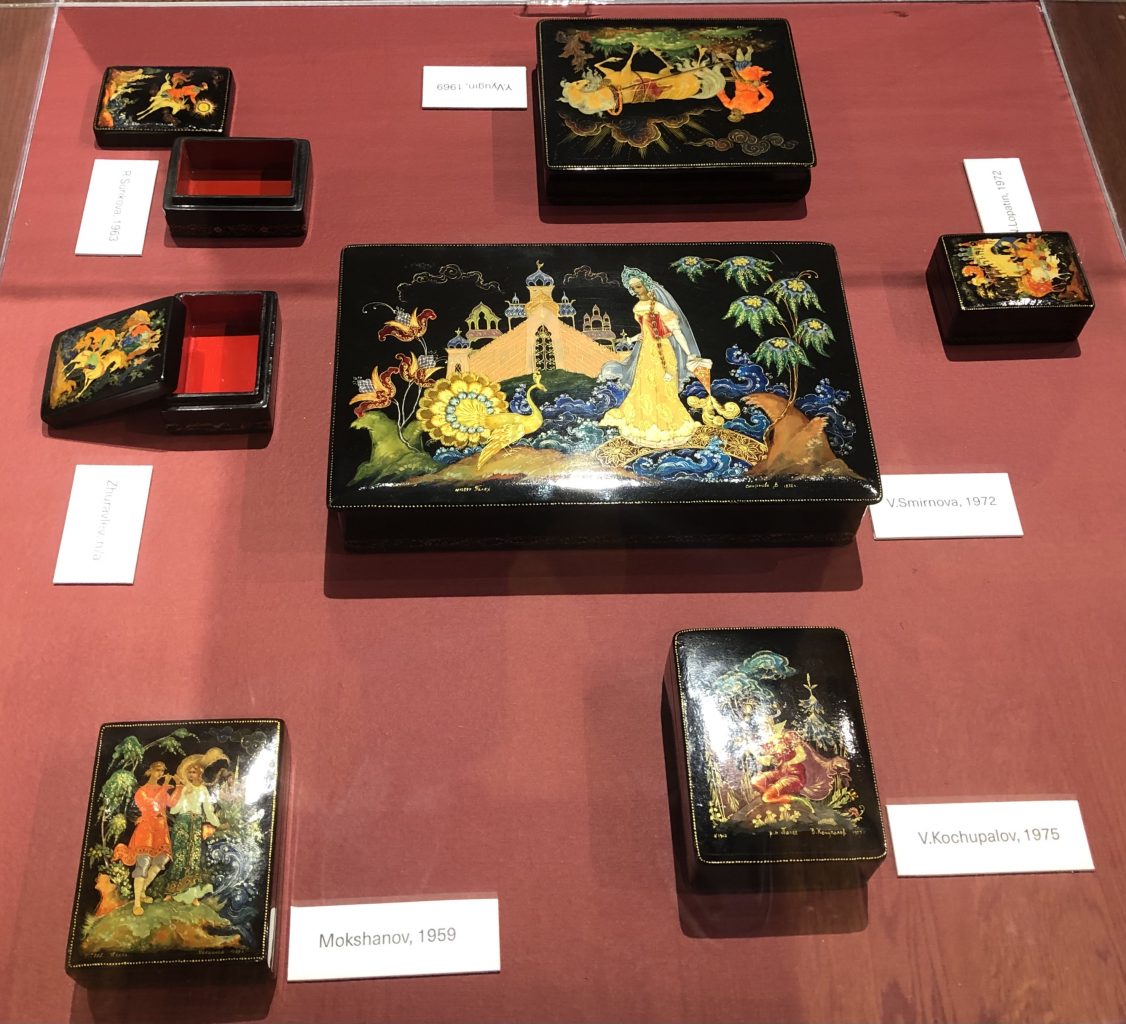 Examples of Palekh folk art on display at UMOCA

In After Palekh, Kozyrev seeks to grasp whatever is eternal in a time of great changes. Whether it’s his immigration to America, something Utahns know a thing or two about, or the empty cityscapes brought on by the pandemic, he seeks to immortalize, to lock in the characteristics of places that precede the human stories with which we might people these pristine settings. At the center of UMOCA’s small gallery, a couple of vitrines full of the original Palekh paintings are worth the trip in themselves. These colorful and literally fabulous paintings, with their black grounds from which dazzling folk-tale images spring forth and come to life, need to be seen in person to be fully appreciated. Compared to their miniature, jewel-like effects, four large paintings provide a very different, unprecedented visual impression. Sixteen medium panels, half way between the miniatures and the large ones, show off the range of effects and must surely offer a couple of visuals to please any viewer.

Looking at the range and variety of roads, waterways, bridges, forests, day- and night-time effects, foliage, rock faces, and some added layers of graphic and engineering commentary that coexist with passages of natural beauty, what came to mind was the world made of LEGO blocks. Virtually anything on earth, and quite a few things that exist only in the imagination, can be rendered in LEGO blocks, and to see a familiar edifice or whatnot so represented opens the mind to a new appreciation of its geometry and how that thing functions in the world. Any coherent artistic style could theoretically do this, but Dimitri Kozyrev’s adaptation of Palekh technique to his way of envisioning the landscape is an opportunity to see the world anew, and understand it as if for the first time. 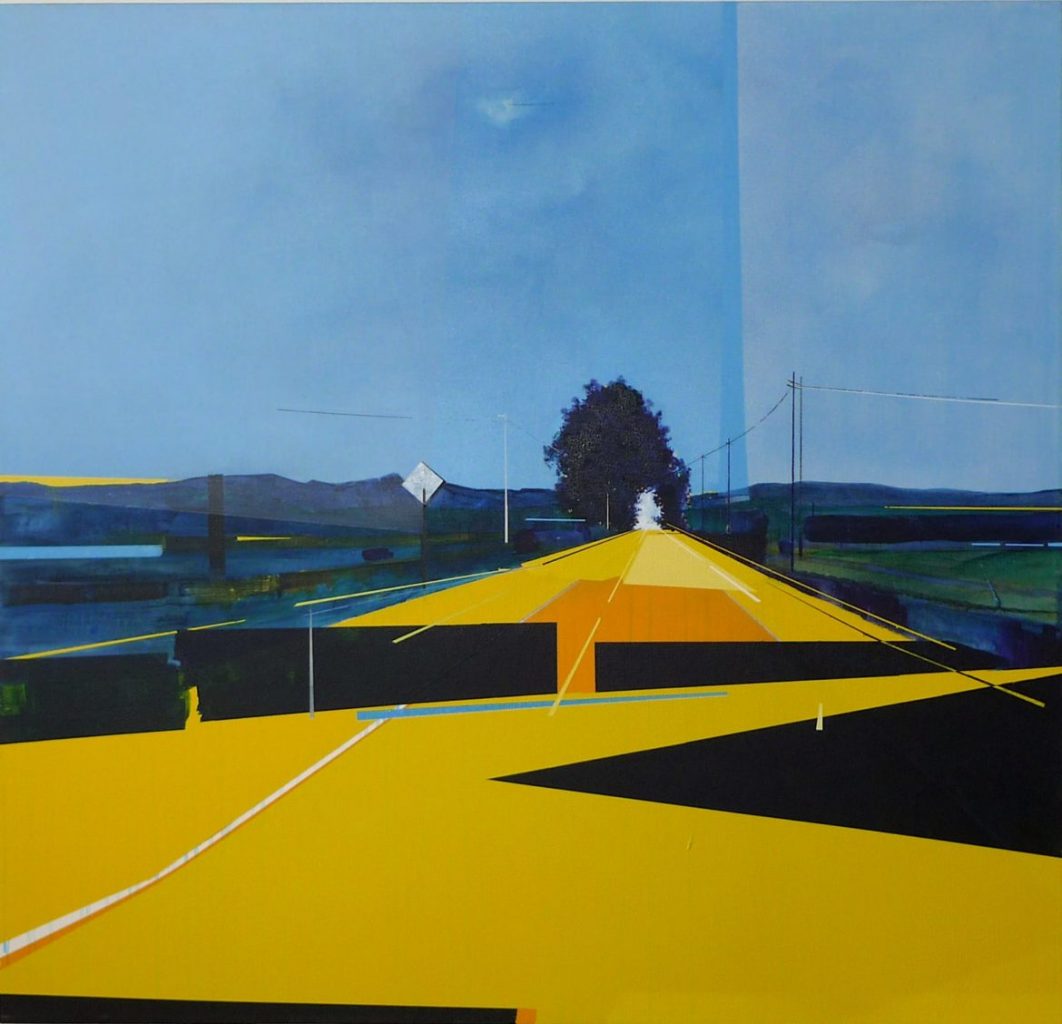