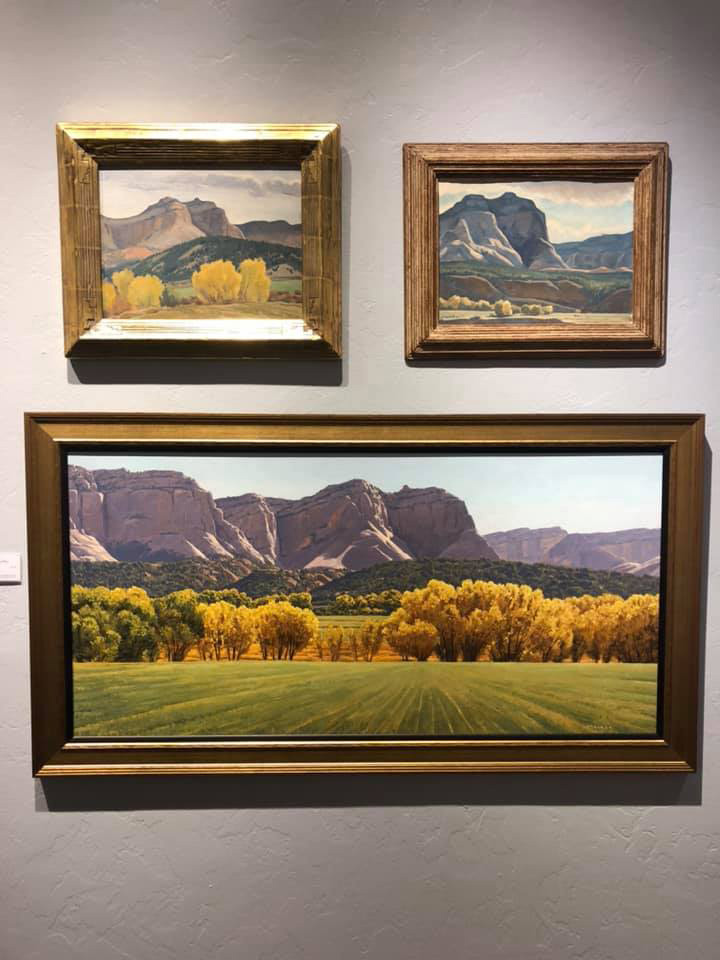 David Meikle is a Salt Lake City native whose promising career as an artist was signaled early on when, in 1987, he was the state winner in art in the Deseret News Sterling Scholar Competition for high school students. That promise has been fulfilled with various awards and important commissions, including the images on the “Welcome to Utah” billboards found at all major entry points to the state, and a 10′ x 23′ mural for the City Creek Center in downtown Salt Lake City. He earned both his BFA and his MFA from the University of Utah, and is currently the university’s art director at University Marketing and Communications. Graphic design has been an important part of his career for the past 27 years, something shares with the artist he cites as one of his most important influences: Maynard Dixon.

“Shortly after I graduated in Illustration and Graphic Design from the University of Utah, I discovered the paintings of Maynard Dixon. His design and color aesthetic immediately appealed to my artistic sensibilities,” Meikle says.

“His landscapes are very stylized, yet I feel a connection to the places portrayed in his paintings. For me, his work strikes the perfect balance between great design and great painting. His strong shapes and compelling compositions are enhanced by an economy of brush work. A Maynard Dixon painting has the ability to stop you in your tracks and take notice.”

In March of 2019, Meikle was part of a Maynard Dixon tribute show at Mark Sublette’s Medicine Man Gallery in Tucson, Arizona. He was asked to create three paintings inspired by Dixon’s work.  “October Fields” portrays the Mt. Carmel junction area in southern Utah where Dixon painted at the end of his life. “Dixon produced several stunning paintings showing these same dramatic cliffs with yellow cottonwood trees and farm fields in the foreground,” Meikle says. “October, with the changing leaves of autumn, is one of the best times of the year to travel through southern Utah.”

Meikle was also inspired by Dixon’s use of clouds. “Dixon is a master at creating drama and mood with his exquisitely designed clouds,” he says. “He did not depend on finding a grand vista to make a statement. Rather, Dixon often chose to portray open spaces with non-descript hills, mountains, or mesas. Many of these paintings used the sky to create the drama and interest.”  Like Dixon, Meikle goes in search of the open spaces of the West, with big skies, rolling hills and farms. “’Afternoon Clouds’” is a reflection of my experience traveling the open landscape of the west,” he says. The painting is hanging Maynard Dixon’s American West, an exhibition at the Western Spirit: Scottsdale’s Museum of the West through Aug. 2, 2020. 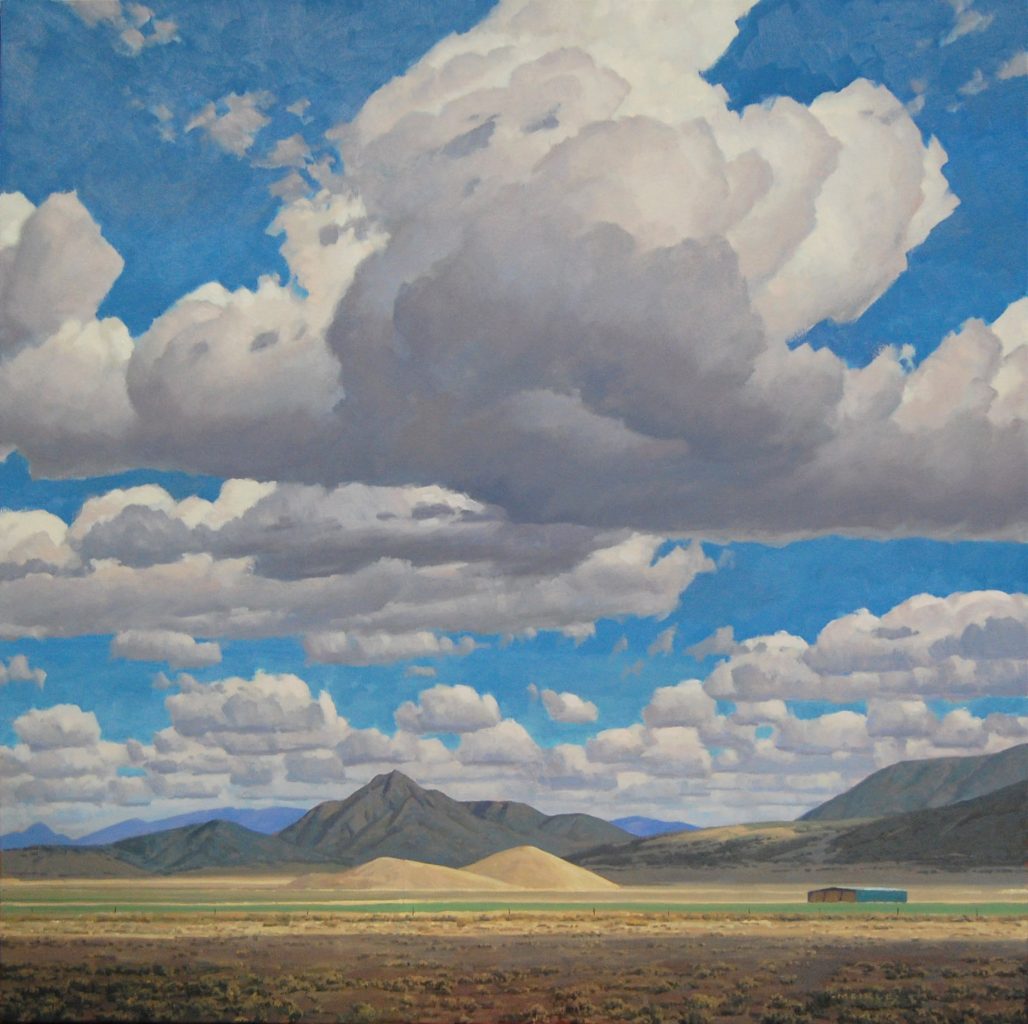 David Meikle will be featured in a solo exhibition at David Ericson Fine Art in Salt Lake City in April.