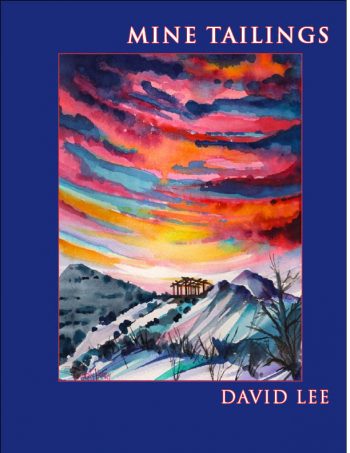 David Lee, the first Poet Laureate of Utah and a retired professor of English literature, has published over 20 books of poetry, two of which have been nominated for a Pulitzer and one for the National Book Award. His newest collection of poetry, Mine Tailings, is a dynamic amalgam of meditative, funny, politically-charged, nature-loving, and romantic poems. It keeps its readers on their toes.

The one constant in Mine Tailings is Lee’s repeated communication with other poets. He uses epigraphs from Rilke, Dickinson, Lord Byron, and the philosopher Protagoras, among others; ultimately, Lee invites the reader into the intimate conversations he shares with poet and philosopher friends and one can feel the power of those aesthetic connections.

The first poem, “Silver City Dawn Psalm,” proves that Lee is a Milton scholar and a nature poet. The cadence, vocabulary, and images are immersive and moving:

with a yawn and sigh

one more time shoulders his pack

and begins the high lonesome saunter

Lee rewrites the desert sunset, making us swoon over the American West as if we are seeing it for the first time.

From the American West, he drops us into a narrative poem about a modernized “Madonna.” The epigraph of the poem is “so much” by William Carlos Williams, so one is prepared to see how this poem and Williams’ “The Red Wheelbarrow” move together. The poem tells the story of a southern girl whose eye got pecked out by chickens when she was young,

pushed downtown in a red wheelbarrow

When she laughs and cries, tears glaze one of her cheeks like rainwater. It gives a story and new meaning to Williams’ lines.

Mine Tailings is dedicated to the people of Silver City, New Mexico, and the collection’s structure relies on the metaphor of mining, which is fitting since there are an estimated 15,000 abandoned shaft mines in New Mexico. The collection is divided into three sections that metaphorically move the reader from Silver City down through the shaft of the mine to deep in the earth, then lastly focuses on the ores and valuables brought up. The term “mine tailings” refers to the unused ore waste from mines, the leftover, the dregs — which, because they are often toxic, prove to be an ongoing environmental issue. Lee’s tailings are perhaps his wanderings, his sometimes chaotic but invaluable wanderings.

The first section, “Silver City,” whispers sweet nothings into the reader’s ear in the form of autumn aubades — love poems that make one breathe a little slower. Then, it gets chummy, cracking a goofy joke, then a clever one. In “Monologue: Soft Focus Memory of Getting Drunk with a Scientist who Actually Reads,” Lee takes the reader to a bar and talks about science, astronomy, philosophy — the experience leaves one on a higher plane of humor and thought. Then the reader is sent off in the night to walk home, stumbling, inebriated and in awe of the Silver City streets.

“The Shaft,” the second section, is the morning after. Here, Lee pulls the rug out from under the reader and snubs their expectations for polite poetry.  Lee mines for truth and meaning in the soil of our nation. Instead of subtlety, lovely aubades, or nature imagery, Lee offers a poetic polemic against Donald Trump. Lee is ardent, fierce, and angry. He essentially says, “Screw you, Donald Trump” in 11 different poems. As always, Lee still relies on his poet friends for these political poems. He juxtaposes quotes from Shakespeare and Trump, mimics the form of E. E. Cummings, and even writes his own version of Hemingway’s 6-word story to argue against Trump. While Lee’s passion, his defense of women, his unrelenting conviction for justice, and the clever and nuanced ways in which he writes politically are moving, this diatribe within the collection can feel repetitive, heavy-handed, and out of place. Entering this hostile conversation is so jarring it feels like falling down “The Shaft” of the section’s title. However, these poems do have an important symbolic significance for the collection; they draw the reader back to the title. They truly are Lee’s poetic tailings — more chaotic than polished and creating that eclectic feel to the collection. This section highlights the residue or dregs of the mined American experience.

After taking the reader through our day’s political turmoil, Lee seems to suspend time in order to make a space where he can evoke poignant experiences with nature. His third section, “The Ore,” takes us back to the desert’s unconventional yet intense beauty and to the gentle world seen through Lee’s eyes. In a particularly successful moment, Lee pulls off the highway to take in a full meadow of globemallow when

another car pulled off

and another then one more

all of us like children in a field of strawberries

stretching to the edge of horizon

lapping over into otherworld 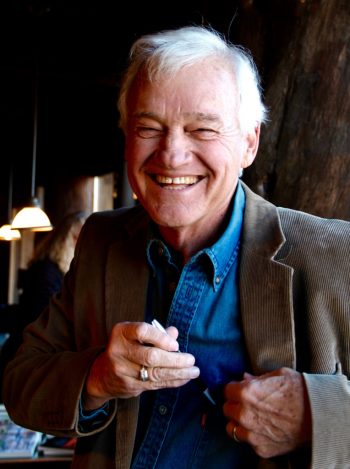 This in-awe-of-a-wildflower-meadow-moment is abruptly jarred when an uncouth man arrives and Lee plays practical jokes on him.

Lee frequently interrupts beautiful moments with sarcasm, and sometimes it feels out of place, but, then again, so do a lot of things in this collection: It’s a desert circus, a patchwork that makes one reminisce on the title. Mine Tailings is the unrefined, eclectic beauty and chaos of the American life. Or even the unrefined eclectic beauty and chaos of David Lee’s musings. It combines moments of nature personified, discussions on the half-life of a butter bean fart, love poems written to the poet’s wife, a tirade against Donald Trump, and dream visitations from a little sister he’s never met. Mine Tailings depicts the duality of the American experience. It’s evocative and has a mastery of poetic language, while being subversive to the reader’s expectations for polite poetry; it is the tailings and the ore, the gems and the dross. 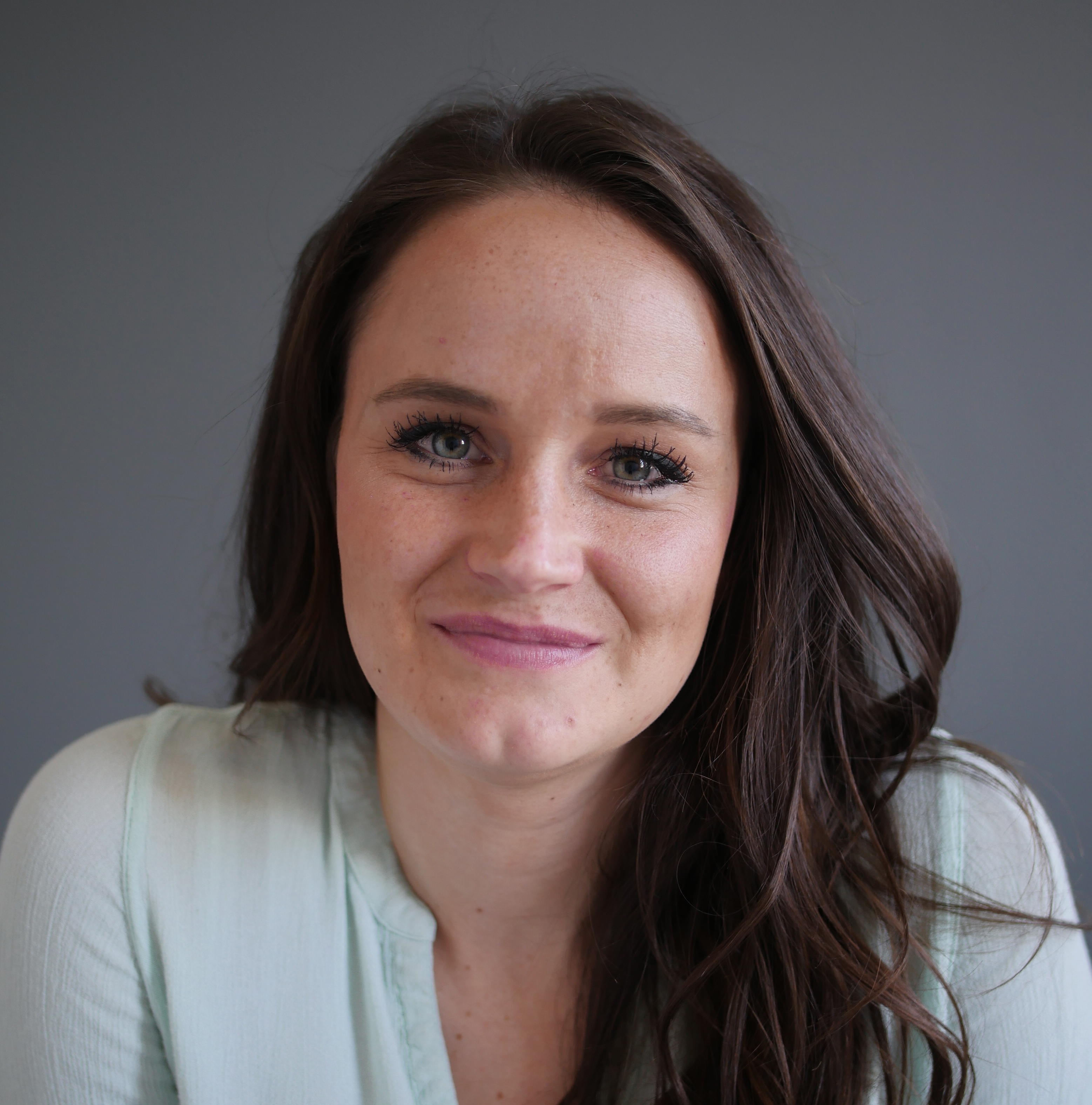 Megan M. Lim is an MFA graduate in Poetry from Brigham Young University. She teaches writing at BYU, and lives in Utah with her husband and daughter. Megan is a cyclist and nature enthusiast. Megan is published and forthcoming in Inscape, Literature and Belief, and The Pinch.