Dave Hall An avid outdoorsman, Dave Hall’s oil landscapes often depict the low light of dawn and dusk. He lives with his wife and two children in Salt Lake City and on Blaine Creek near Ennis, Montana. 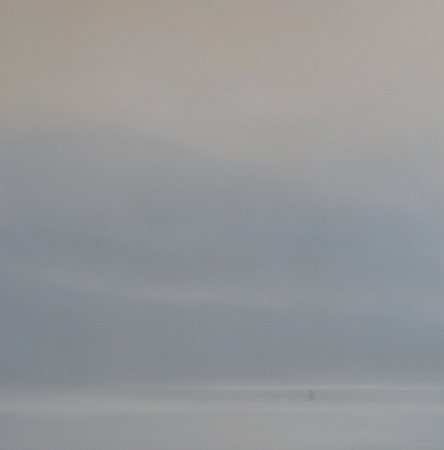 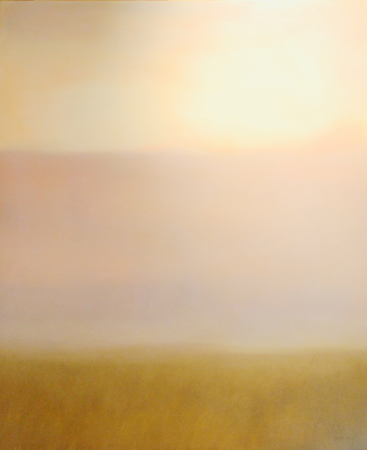 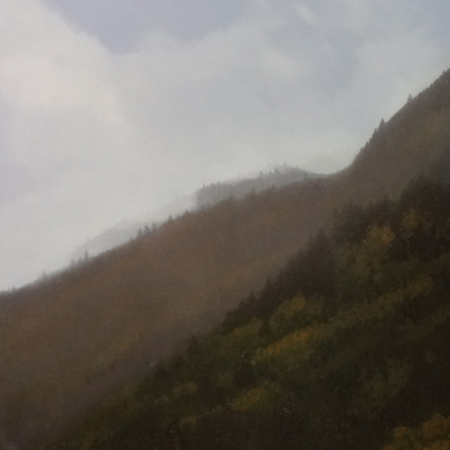 . . . The power in Hall’s landscape is something akin to a Modernist sensibility. While a traditional landscape presents an illusion, a valley perhaps, with a one point perspective that opens up, with a lake or a forest, or a stream with jagged rocks and other devices that draw the viewer’s eye within the depths of the picture, Hall’s landscapes work in a different manner. Many of Hall’s minimalist horizons have planes that divide the picture and suggest the foreground, middle, rear ground and sky. Each is a band of color that rather than creating a traditional illusion of depth and drawing the viewer in, abstractly implies the reality of depth through the pure use of color on a canvas that is in fact flat. The result is a flattened plane with a sublime beauty of landscape in a Modernist manner. With this flattened plane the pure beauty of the canvas reacts with the viewer and invites contemplation, meditation and ultimately the real feeling that Hall desires in each piece . . .

Read the full article in the December 2011 edition of 15 Bytes.

On October 17 and 18 Squashworks will exhibit Four Generations of American Painting, featuring the artwork of Dave Hall , his father Vernon Hall, his grandmother Esther Bailey Hall, and his great-great grandfather Thomas H. Snow. And to answer your question, no, Squashworks is not a gallery; it’s a place where you play squash.  But for these two nights, artwork will dominate the squash courts. “I play a lot of squash,” artist Dave Hall explains. “Craig Bennett who is the owner of Squashworks said, ‘Let’s do a show here’ so we’re going to open it up for two days and put the work right on the courts.  My idea was originally to do it with my dad, but it just made sense to show his mother’s stuff and my great-great grandfather’s.  It just had a good feel to it right from the start.”

Read the full article from the September 2003 edition of 15 Bytes.