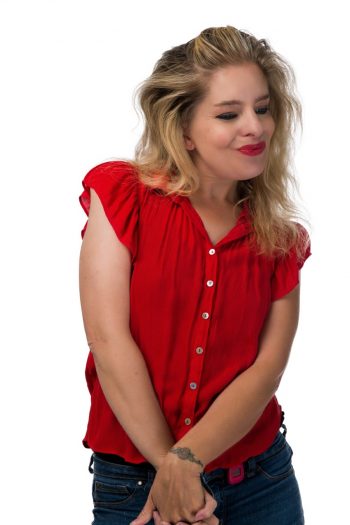 Daisy Blake has waited 15 years for this role. It’s not an iconic one — Lady Macbeth or Blanche DuBois — nor even a lead; but it’s one she says is on her theatrical bucket list, the one she has chosen to embrace after a 5-year absence from the stage. It’s O Vixen My Vixen (yes, that’s a character’s name), from Julie Jensen’s play “Wait,” opening this week at Pygmalion.

The play is set in Beaver, Utah, so Vixen is played with a dash of hick and a spritz of ditz, but listen closely and you might catch a hint of Blake’s British accent. She was born and raised in England in an artistic clan: her mother, Jann Haworth, and father, Peter Blake, were major figures in the British Pop art movement, and siblings, stepsiblings, uncles and cousins all work in the creative sphere. Blake, herself, studied writing and acting. She came to Utah in 2002, following her mother, and stepfather, Richard Severy, who had relocated to Sundance a half decade before. She expected to write — she had been working for a newspaper in England — but that changed when she picked up a job working for Salt Lake Acting Company, answering phones.

She quickly graduated to the stage when a co-worker approached her about auditioning for Charles Mee’s “Big Love,” a reworking of Aeschylus’ “The Suppliant Women.” That the role called for her to strip naked in the first scene didn’t deter her, if only because she didn’t think she would get the part. But she did, and learned to take one stress at a time. First, learn all the lines — she appeared on the stage for almost the entirety of the play — worry about the nudity later. That came about at dress (or, if you like, “undress”) rehearsal, in front of all her co-workers. “After you’ve done that, nothing else is as nerve-racking,” she says, though acting continues to be anxiety-inducing and she has learned she likes less-prominent roles. “I much prefer parts that are small — come on and go off, and have some fun.”

That describes the first role she really wanted, which came later that season with Salt Lake Acting Company’s premiere of Jensen’s “Wait.” It’s a coming-of-age story about moving out of the house (even if only into a UPS truck), connecting with your high-school crush, and discovering the thrill of the theater. Vixen is the lead’s love interest and catalyst for many of the play’s comic moments. In 2003, Blake made it down to the last two in callback, but lost the part. Fifteen years later, Pygmalion announced they would be doing it for their 2018-2019 season. “I wondered, should I audition or not,” Blake says. She hadn’t done a part since Pygmalion’s The Women of Lockerbie, five years before, and, “I didn’t want to audition again and not get it, because it’s this role that’s kind of a bucket list thing for me.” “That’s ridiculous,” her husband, Jay Perry, told her. “If you want the role, audition for it.”

Perry should know. He’s a regular in Salt Lake City’s theater world. The pair met at an audition, where he got a part; she didn’t. “I was distracted,” she jokes. “He threw me off.” She admires his ability to tackle multiple plays in a year. She struggles to manage one. “It helps to have Jay in my corner, because he does so much acting.” He understands the ups and downs of a run — the thrill of week one, the frustrations of week two — and can help talk her through them. It’s reciprocal, and Blake notes it’s important that they stagger their work, so that “only one of us is crazy at a time.”

Being an actor in Utah usually means working a day job, then rushing to rehearsals in the evening. Since 2014, Blake has been the content manager for the news site Gephardt Daily. These days she has been writing for them 50 hours a week, then heading to the basement of the Rose Wagner for rehearsals. She says acting and writing are far enough apart that she can feel rejuvenated rather than exhausted when going from one to the next.

Writing actually put a halt to her acting career. When she began writing theater reviews for In magazine, the Salt Lake Tribune’s weekly that lasted from 2010-2012, she had to forgo roles — too much of a conflict of interest. She didn’t “mind one bit — acting is great for me, but the flip side is I have some anxiety attached to it. … Writing is a private thing. You don’t have to get up and commit and have people looking at you.”

A similar conflict has kept her from the stage while writing for Gephardt Daily. That, and the long hours. “Wait” is a bucket-list exception. “If I’m going to act again,” she told herself, “it has to be a role I really want to do.”

She calls “Wait” “an interesting mix — you read it and think it’s a realistic play, but it sort of teeters on the brink of realism and satire,” she says. It’s the story of Wendy Burger, a small town girl who drives a UPS truck but tells her father she’s getting into acting, because that’s something he can brag to his friends about. She’s driven out of the family home by his new girlfriend, a woman whose most appealing trait is her ability to bring home meat from the slaughterhouse where she works. Wendy finds refuge first in her truck, then in an apartment owned by a long-married and constantly bickering immigrant couple and ultimately in the old opera house her friend Lu is converting into a theater, in order to, in his words, “speak the language of dreams.” “All the characters are based on real people with realistic journeys,” Blake says. “But at the same time there’s a touch of absurdity to the whole thing.”

The premise is that Wendy is retelling her story, presenting her memories of a crucial juncture in her life — “so, she could have transmogrified everything into something slightly absurd in her head,” Blake says. Central to the drama of that moment is Vixen, Wendy’s high school crush, whom she encounters at her friend Lu’s fledgling theater troupe. Vixen lands the role of Ophelia in a staging of Hamlet where the lead ends up being a flickering blue light, and Wendy plays Ophelia’s best friend, Lisa. The opportunity to go over her lines, such as they are, with the object of her infatuation, is a dream come true for Wendy. Though the former cheerleader has a touch of the classic dumb blonde to her, Vixen is, for Wendy, “a bird of paradise in human form.” “To play [Vixen] as a vacant blonde is completely boring,” Blake says about the role. “The challenge is to make her into a funny, ditsy character; but funny because she’s rooted in reality.”

Had she gotten the part in 2003, would Blake have played it differently? Definitely. She would have taken it far more seriously, she says. “You grow in the interim. … I’m less anxious than I used to be about [acting].” Back then, it would have been more structured. Now, she finds herself slipping into the role, enjoying it. “As an art form, it’s just acting,” she reminds herself. “You’re not a brain surgeon. … it doesn’t matter, so you might as well have fun with it.” 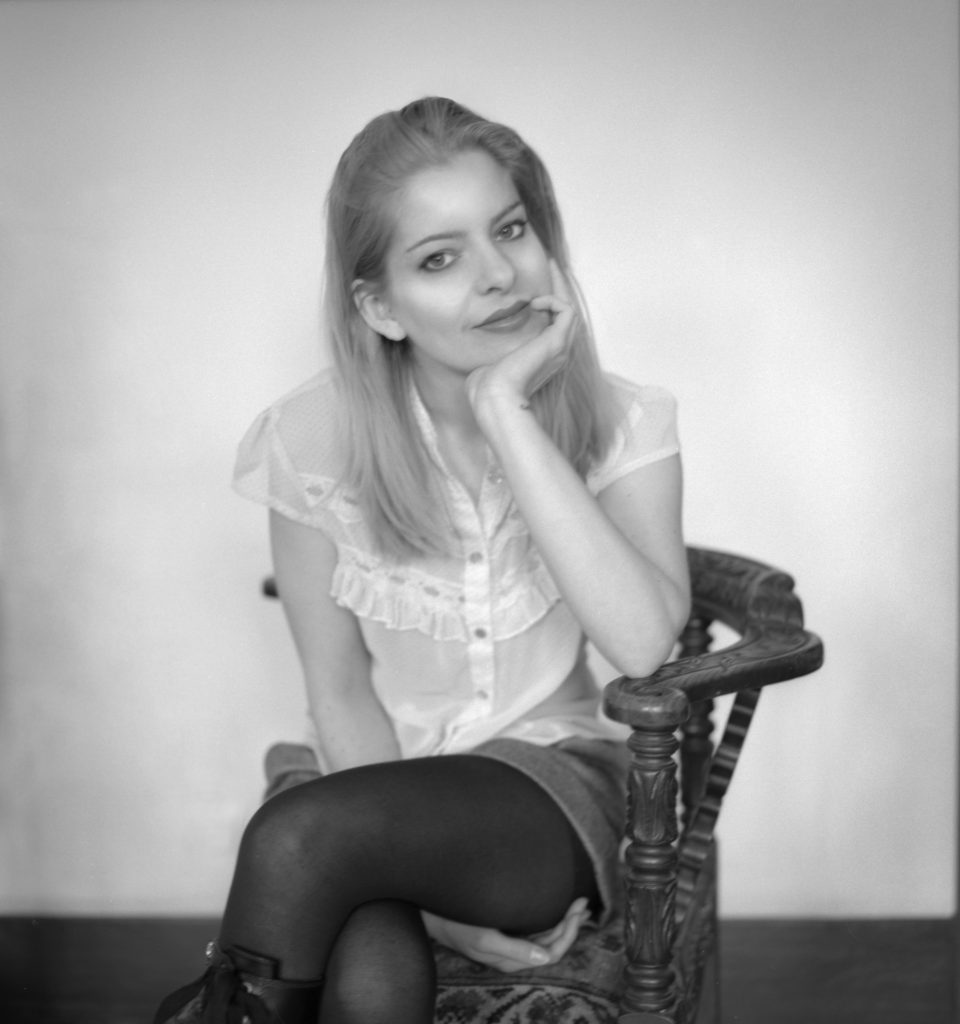