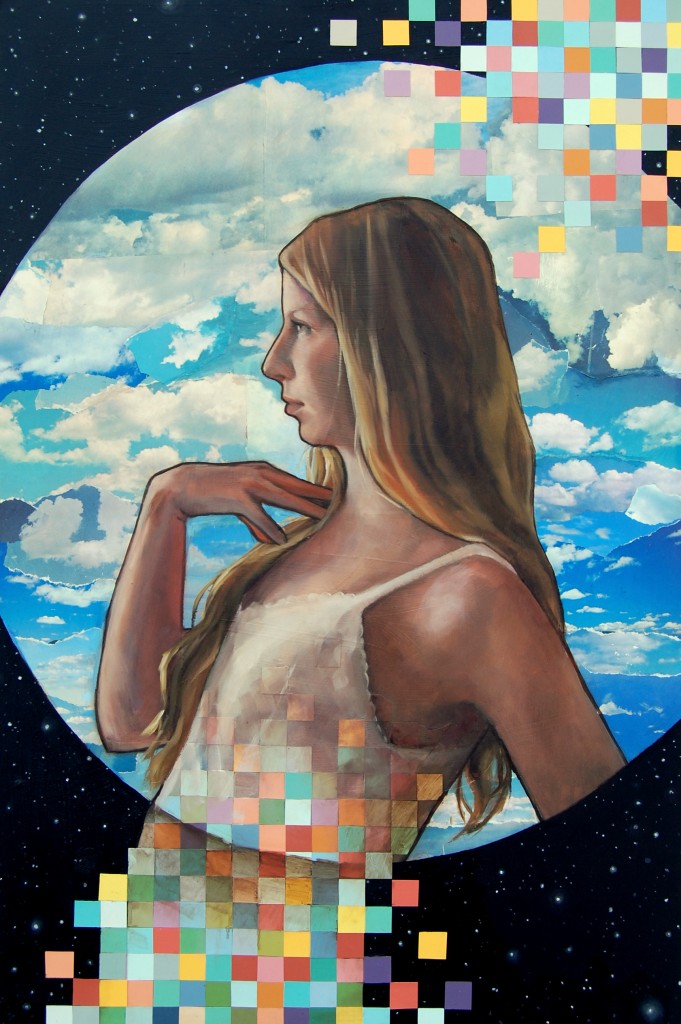 The Particles of My Person by Michelle Montrose Larsen

It’s been said that all living things are connected. Mixed media artist Michelle Montrose Larsen, who graduated from Utah State University (USU) in 2011 with a BA in Art Education and minor in English, is exploring these relationships in her upcoming show Cycles Churn and Systems Operate at Art Access. “I am interested in the process and systems that have to happen in order to create and maintain a life form,” Larsen says. She notes how the processes of reproduction, mitosis, and meiosis occur in both humans and plants.

Larsen’s interest in science led her to incorporate scientific illustrations in her work. “They illustrate concepts that are happening constantly and we don’t even notice. They’re happening on such a small scale that we need an illustration to see it,” she says. Her work is a juxtaposition of what we can see and what we can’t. 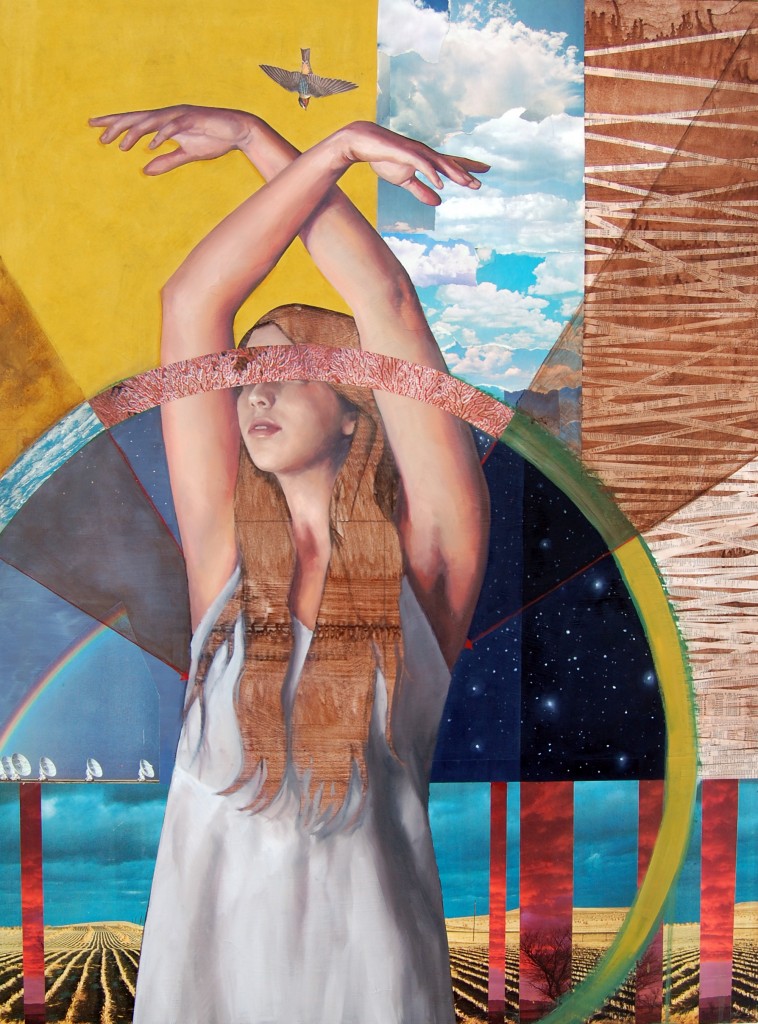 The collages she creates for her pieces, some of which include scientific illustrations, are readily visible though there remains an element of the unseen, links that aren’t readily obvious. “You take things out of their original context and pair them with your own original work and create an entirely new piece. People try and make connections between all the pieces on the canvas. We’re all unique, and we’ve had different life experiences, so we’re all going to see something different,” she says.

These collage elements interact with realistically rendered figures, creating a dynamic between curving, natural lines and and the hard edges of geometric forms. In “The Particles of My Person,” the circle around the figure reminds Larsen of a microscope, which relates back to her interest in science and systems operating in bodies at a microscopic level. The pixelated look of the squares is also a reference to particles. In “Multiply,” bees crawl over a a painted female figure wrapped in a cloth. Above, a series of connected hexagons reference honeycomb, produced by the system within a hive. The themes in “Constant” are similar and address life cycles. “I was using a lot of pictures of space and I saw one with a caption that said life cycles or the solar system,” Larsen says. “I named it Constant because a cycle is constantly going, it’s always starting over.” 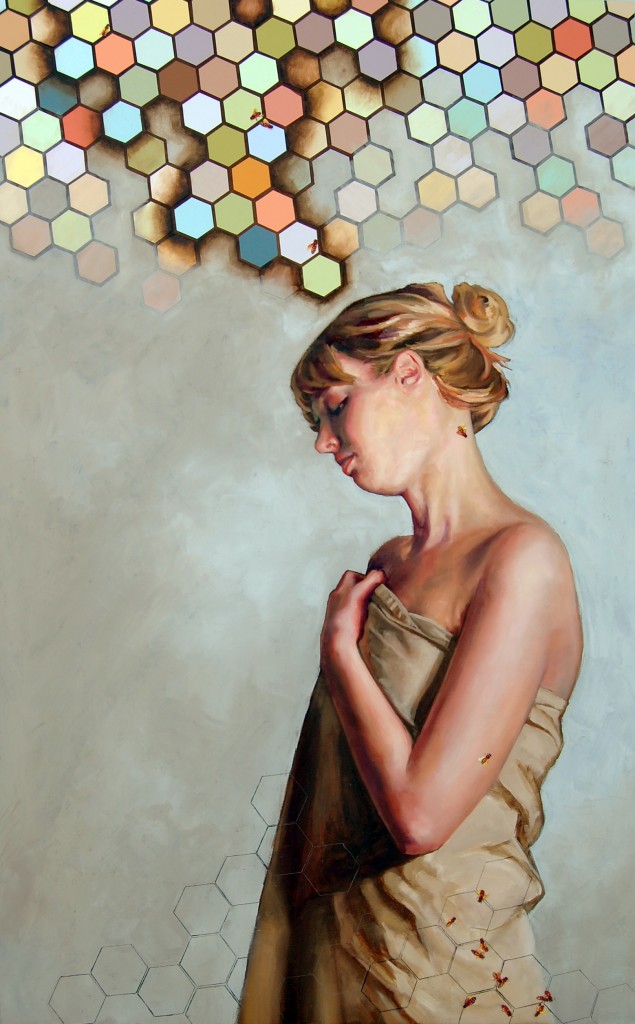 While she creates her multimedia pieces with some specifics in mind, Larsen enjoys returning to what’s unseen in her. “I also let my subconscious do a lot of the work because I think that will create a space that’s more accessible to people,” she says. “My favorite thing about being an artist and having a show is that people always come up to me with their own interpretations of the art, I love that.”

Cycles Churn and Systems Operate opens at Art Access this Friday, February 15, as part of the Salt Lake Gallery Stroll and continues through March 8. Art Access is located at 230 South 500 West #125. They are open Monday – Friday 10 am to 6 pm.