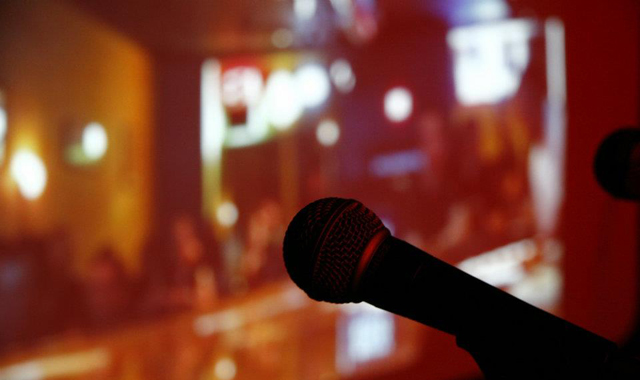 So what’s PechaKucha? It translates roughly from the Japanese to “chit chat” and is a conversation that started at a Tokyo architecture firm in 2003 and has been carried on in some 230 cities around the world. There have been PechaKucha Nights in Singapore, Surabaya and Sydney and several in Salt Lake City. The seventh is on February 24 and you are invited.

What you will find when you get there is fluid, always is at these events. What’s consistent is this: an evening of 20 images in 20 seconds by various presenters on a topic that usually has to do with art, architecture or design but can have to do with anything, really, that the local PKN folks think an audience might enjoy. At the parent group a 69-year-old woman presented her wedding-cake creations while a 5-year-old gave a slideshow on her artwork (smile). You never know. Salt Lake City has featured botanists and inventors along with the usual creative types. They say it’s like a box of chocolates. 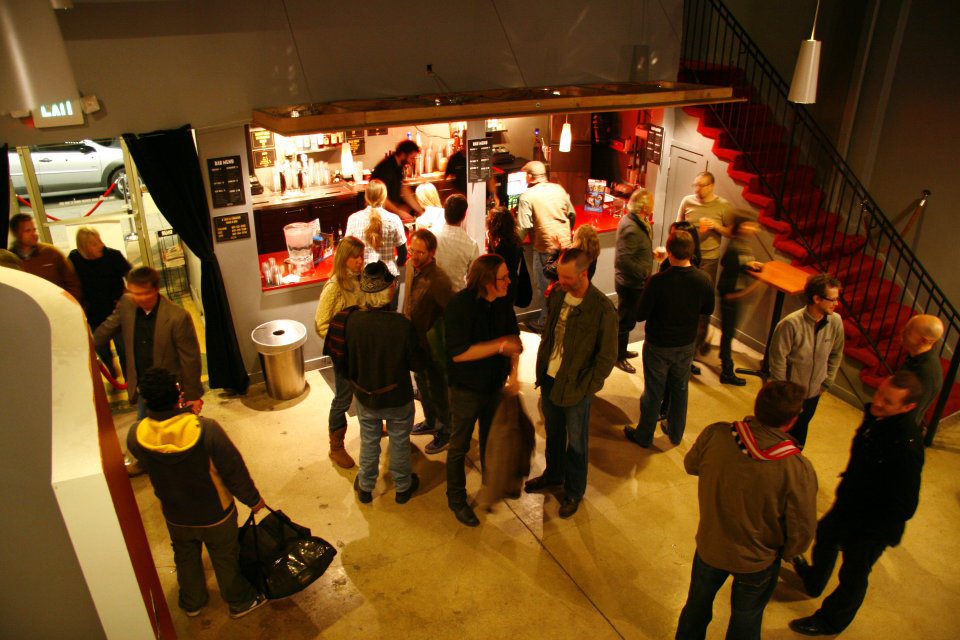 The idea behind PKN is that there are virtually no public spaces in cities where people can show and share their ideas in a relaxed manner, according to the Tokyo website. “If you have just graduated from college and finished your first project in the real world — where can you show it? It probably won’t get into a magazine, you don’t have enough photos for a gallery show or a lecture — but PechaKucha 20×20 is the perfect platform . . .” To date PechaKucha Nights have been held in restaurants, homes, universities, prisons (disused), churches, beaches and even a quarry. Spirits seem to be a favored element to the evening. There will be a cash bar at the February event.

And the theory behind the fast presentation format was that architects, well, all of us, talk too much, especially when given a microphone. And when slides forward automatically, you have to talk with them. There’s no “next slide” or “go back one, please” at PKN – it all advances unrelentingly at 20×20 seconds and you had best move along at the same pace.

Architect Tristan Shepherd, 31, thought Salt Lake City was ripe for the concept in 2010, having heard about PKN from Mimi Locher, his professor in graduate school at the U of U, who has spent a considerable amount of time in Japan. “I could sit in a room with other architects and talk for hours about the cool and great things that could and should be happening here but it didn’t really matter because architects aren’t the ones making projects happen,” he says. He wanted to involve designers and architects in “an outlet that’s greater than their network of architect friends.” PechaKucha seemed the answer. “We strive for a really diverse group of people and try to pull from as many creative disciplines and backgrounds as possible for these events,” he says. They also look for a diverse audience, the openness to collaborate and what Shepherd terms the cross-pollination of ideas. 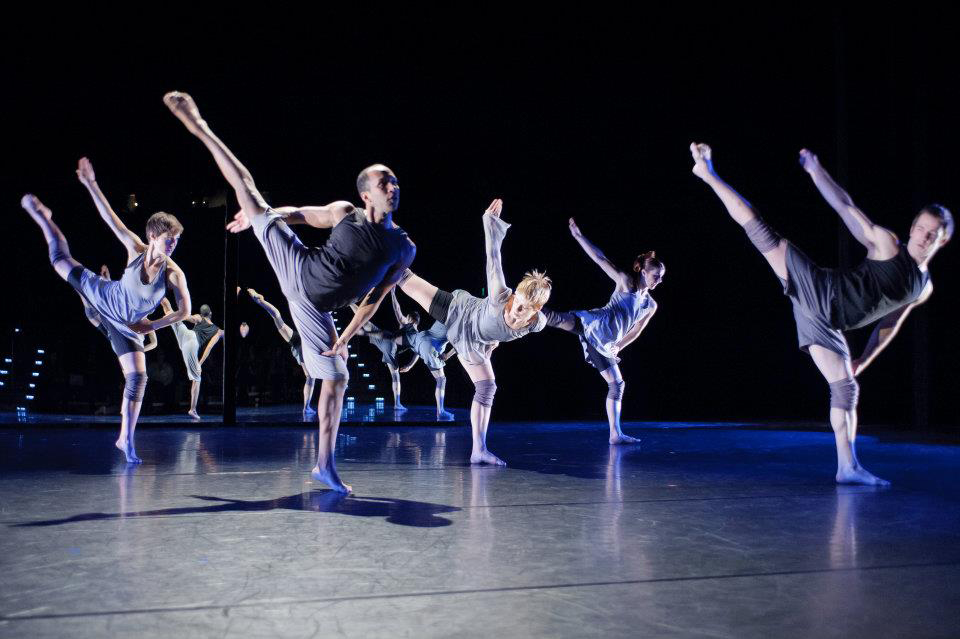 Nathan Webster, 38, an architect who puts his talents into designing modern dance sets as well as buildings (his partner is Charlotte Boye-Christensen of Ririe-Woodbury fame), got involved about a year ago. “This city has a creative juice that not everybody knows about because of the habits we have here. . . . It’s either a house-party culture or a recreation culture or industries stick within their own realms for how they socialize. There are younger families here and people don’t get out as much. And the city itself doesn’t have as many venues or events [as larger cities].” He says PKN “takes me away from liability and big dollars and focuses more on the art side of architecture. And we get to see the links between different fields, which is very exciting.”

Webster argues that people sometimes do talk about how they put together a grocery store, though it’s a lower percentage. “But the event is kind of this beautiful hybrid where you can get a kind of dry scientist or an interesting, animated scientist next to a painter or a theoretical artist or whatever. That difference between the two is really part of where the magic comes up in these events.”

At one PK Night they had an engineer who designed robots that scrape the paint off freeways, a designer who makes “impeccable” homes, a photographer, a prop designer and a painter who takes old paintings and puts zombies in them. “So that diversity and the ability to informally talk to those people at intermission or after the event — to sit down over a drink and say I love what you’re doing, here’s what I do, let’s figure out a way to work together — has generally energized the city,” says Shepherd. 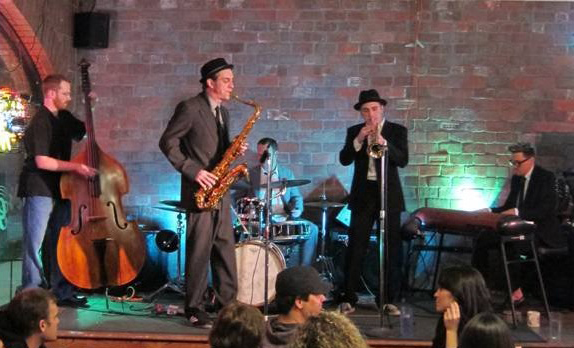 Lounge jazz will be presented by Haywire Outfit

And how presenters showcase their work within the strict 20×20 format also keeps things interesting. “You’ve got enough room to think very creatively about how those slides come together,” Shepherd insists. Some presenters use the same image four times in a row so they can talk about it for a longer time – not every image has to be different. Some add music. “We’ve had presenters whose medium is film and so they just take a film composed of 20-second clips and sort of talk while a six minute 40 second film is playing behind them. But in the end, there’s six minutes and 40 seconds and that’s kind of it,” Shepherd says with a smile.

This year’s event is going to overlap with the Global PK week and www.pecha-kucha.org will stream this and events from other cities internationally, so PK Salt Lake City asked presenters what it was that should be discovered or known about our town. Presenters will include graphic designer and eco-quester Kinde Nebeker; DJ and graphic artist Jesse Walker; painters Gary Vlasic, Mark Knudsen and Dave Ruhlman; designer, illustrator, artist and marketer Dan Christofferson; architects Bill Arthur, Atlas Architects, Prescott Muir and John Branson; Tim Lee, senior exhibit designer for the Utah Museum of Natural History; Randall Smith, creative director of Modern8; and Angela Brown, editor of SLUG Magazine. Lounge jazz will be presented by the Haywire Outfit. |4-5|

So, how do you get to be a presenter? If you have great architecture, design, graphics, photos, art, sculpture, food, or anything else you want to share and aren’t daunted by the prospect of talking in front of 150 to 300 people you can go to www.pecha-kucha.org/night/salt-lake-city and send a message with a brief description of what you’d like to present. It’s highly recommended that you attend an event first to see what it’s all about.