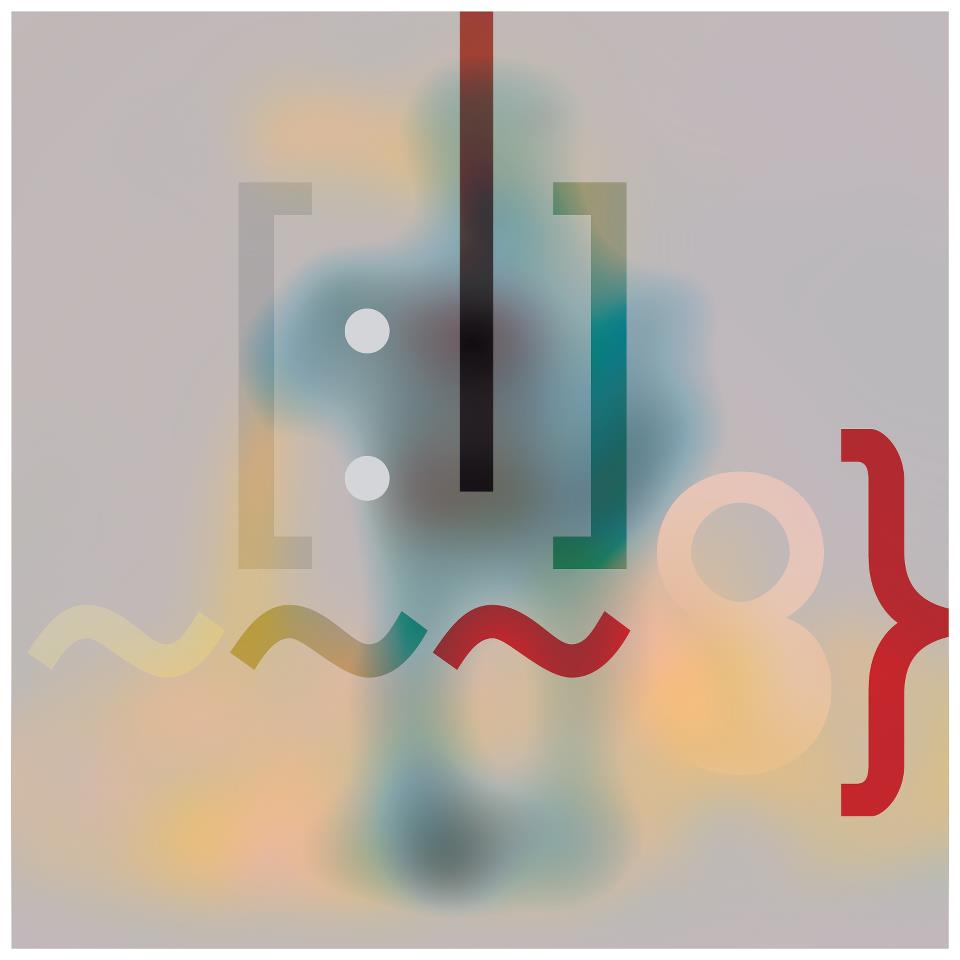 Connectivity is an abstract term, a function that acts prolifically in multitudinous ways in all functioning of daily living.  Through it, by connecting seemingly distant or unrelated terms or ideas, we create new meanings. Making art with meaning that is fundamentally based on connectivity requires a subject for which connectivity is an oblique tool and meaning is the culminating result, something Salt Lake City artist Craig Cleveland has been doing in a number of recent projects.

Cleveland has previously demonstrated this in a monumental way in a major effort called “The Dada Face Project.” In this project, Cleveland generated an image, or icon, a day for 12 months with a total of 365 icons, each using two arbitrarily chosen words as the title and motivator for the piece.  Cleveland stated to his Facebook audience that, “A ‘single word’ can be profound in its meaning, or provoke us to move or to stop. Words such as ‘LOVE’ and ‘HATE”’ are defined yet interpreted by individual measure. A word can be a thing, an action and a descriptive. Taken further, the combination of ‘two words’ can invoke abstract visualization, inspire or enrage deep emotion, and shift paradigms.” 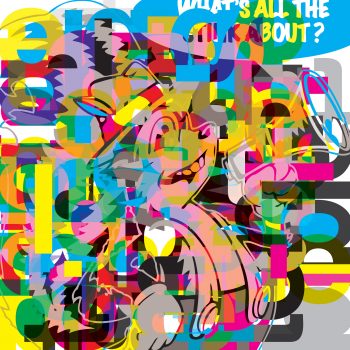 Each individual month’s set of icons began with a certain template of graphic elements for a unity from month to month and within the year.  The iconic results are each a product of “elements of visual art, graphic design and typography… inviting the irrational, the absurd and playful, the emotive and intuitive, and cryptic.” For example, Cleveland’s “20121005 Robot Slang,” published on the 5th of October 2012, uses elements of the average keyboard to create the face of a robot, or at least what reads like a mythical, syntactical robotic expression.  Layered beneath this, in a white milky surface, is the haunting figure of a robot.

Related to “The Dada Face Project,” Cleveland’s current project is called “spam haikus,” 10 of which are currently hanging at Zuriick, a new shop in Salt Lake’s 9th and 9th district that features locally-designed shoes and boots.  The origin for “spam haiku” again hinges on an element of connectivity.  When Cleveland participated in the 2011-2012 Free Jazz Spoken Word Project, in which the artists involved were performing responsive once-used-never-to-be-recreated poetry and music, he used for his source material an arbitrary interaction of words that lacked connectivity. 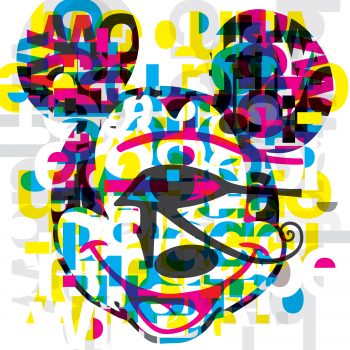 These random words were found serendipitously in Cleveland’s email spam box.  Approximately eighty series of words with no logical or meaningfully apparent connection, such as “passport, kaleidoscope, rain, bottle, root, festival,” would arrive in Cleveland’s spam box over the course of several weeks. For the sake of the Spoken Word Project, Cleveland used a large spread sheet and placed first words in the first column, second in the second, third in the third, and so on.  After filling the sheet, Cleveland began to randomly select words from the spreadsheet columns to use as subjects for his Free Jazz Spoken Word Project, creating what would be never-to-be-repeated arbitrary poetry and song — but given human intonation, and a given a level of syntax, creating a language from the meaninglessness of email spam.

This led to his current series of “spam haiku,” in which Cleveland has expanded his poetic device into a visual medium. He calls these works — each 48” square — “verses on consumerism & other mythologies.” Using acrylic, latex, vinyl and hardboard, and a precise color code, Cleveland creates works driven by graphic design that are a “juxtaposition of chaos and clutter with connection and moment.” Consider “Butterfly Robot Hieroglyph Solid Child Rope Window,” in which Cleveland has inserted the distinct iconographic elements of ‘Mickey Mouse’ and the ‘eye of Ra’ based on the words ‘child’ and ‘hieroglyph’ presented within the original ‘spam haiku’ subject line. “‘Mickey’ is an icon representative of childhood, a corporate / consumer driven mechanism designed to market to our children,” says Cleveland, “whereas ‘the eye of Ra’ arguably has become an icon representative of an ancient culture and deity. I have chosen to mash-up these two icons as a statement about how our contemporary culture may be perceived in the distant future – where ‘Mickey’ may be looked upon like the Egyptian sphinx is today — a monument of a past culture not quite understood or forgotten.”

Cleveland’s “telescope mouth flower tongue bible” results as commentary on “religious ideology and belief systems.”  He reads “telescope” to “potentially discover truths” and “mouth” and “tongue” as the method for spreading ideologies, “Bible” being among them and a source of unity and difference.  According to Cleveland “Religion and belief systems can bring us together or drive us apart… these belief systems have many similarities and have similar roots. The image of the ‘cartoonish skunk-like character with a bull horn’ stating ‘what’s all the stink about’ is a statement about understanding, respecting and honoring differences.”

Like the “The Dada Face Project” and the Free Jazz Spoken Word Project, Cleveland has again used connectivity as a tool, a device to glean from a substantive source for meaning, in this case for “a visual essay on consumerism and disconnection.”  He does not have to analyze or dissect, but on the contrary, by a process of connecting infinite possible signifiers of meaning, the artist is able to address issues that he sees, what is important to him, content that fuels him artistically and as a human being.  It is in the chosen subject that meaning is connected and this is where the artist finds truth.

Craig Cleveland’s spam haikus are on exhibit at Zuriick in Salt Lake City through June. You can see more of Cleveland’s work on Facebook.