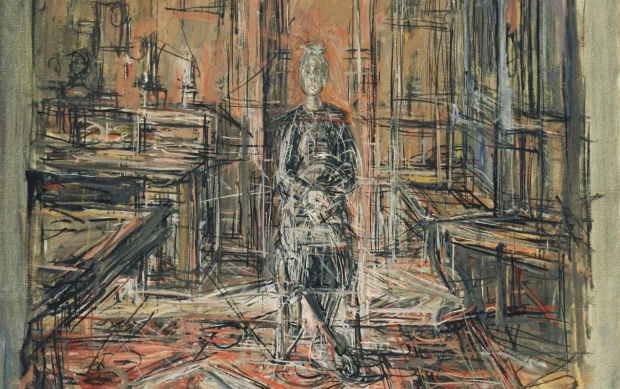 It was in a figure structure class at the University of Utah taught be John Erickson that Clinton Whiting was introduced to the drawings of Alberto Giacometti, even if only in reproduction. “They were like nothing I had ever seen before. You could literally see the thought process of the artist throughout the work,” Whiting says. He was particularly drawn to the accumulation of line and value layered upon each otherin the drawings. “I later discovered that Giacometti was not simply searching for form, he was struggling to find existential meaning. Up to this point I had been studying process painting and abstract expressionism and I loved the idea of process in the production of art, but I had never seen it so analytical yet so expressive. I loved the combination of passion and process.”

A few years later in Rome, when he was working on his MFA, he discovered Giacometti’s sculpture at the Galleria Nazionale d’Arte Moderna di Roma, where he saw “Grande Donna.” “The elegantly delicate bronze statue towers overhead, extremely slender, simply the form of a woman standing with arms at her sides. I found the form to have a strength and determination that stopped me in my tracks.”

For his graduate studies, Whiting was interested in Etruscan artifacts and influence and says he was shocked to find that Giacometti shared a similar interest. “Today I am still influenced by what I discovered in the drawings of Alberto Giacometti. His paintings have shown me the power of process and the ability of line to discover and create realities different from our three-dimensional world. Line has a very important role in the work I make. I see it as a direct connection between the mind of the artist and the viewer. If you follow a line with your eye you are following the hand of the artist which was controlled by the mind of the artist. (I guess I am on an existential journey just like Giacometti.)”

Whiting lives and works in Holladay. He received a BFA from the University of Utah and an MFA from the Accademia di Belle Arti di Roma. Clinton’s paintings have been exhibited in solo and group shows in the United States, Europe, Mexico and Peru. He is represented by Terzian Gallery in Park City. 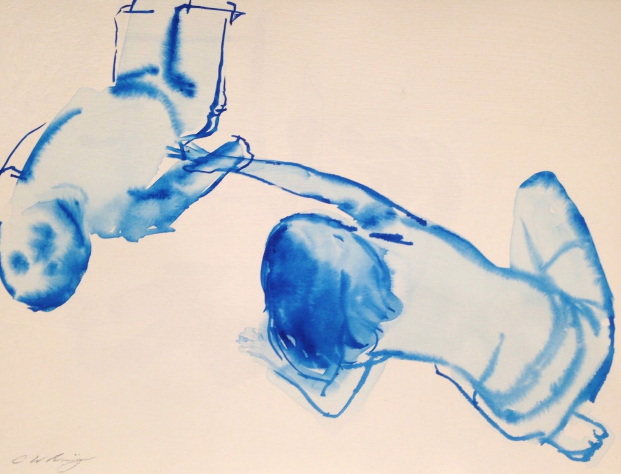