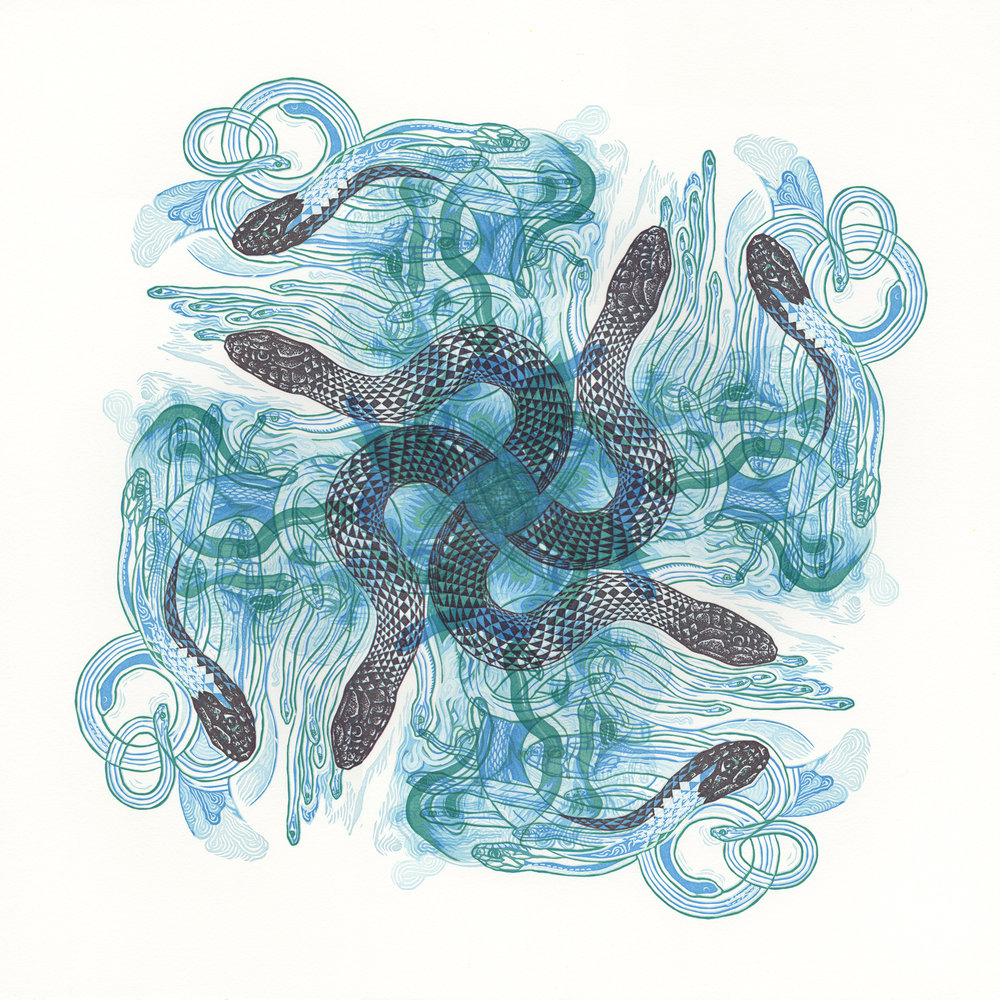 We are fascinated by nature. We study it, copy it, theorize about it, and long for it. We also sometimes dislike it. We get allergies and curse the trees or step on a sharp thorn and resent the bush in our path. Nature excites us, but we are also afraid of it. This is the sublime, the awe of nature, the love of it, but also the fear — the fear that the wild world will consume us, that we are ultimately insignificant in its presence. Claire Taylor’s residency exhibition at the Utah Museum of Contemporary Art, Transcendence by Observation, addresses the sublime by challenging notions of realistic depictions of nature, interpreting the sublime through symbol rather than imitation.

Initially, exploration of the notion of the sublime was considered a distinctly masculine pursuit, as it was believed only men have the spiritual depth necessary to understand the human relationship to God and wilderness. In the visual arts, Caspar David Friedrich’s “Wanderer Above the Sea of Fog” (1818), with its solitary, male figure contemplating a partially obscured mountainous landscape is the most recognizable example. Claire Taylor’s sublime is primal, ancient. The feel of her exhibition evokes wonder in nature and a quest for spiritual understanding, but her approach is not solely focused on large, intimidating oil landscapes overwhelming diminutive human figures. Instead, her artwork is composed of watercolor and prints in lively pastels. A large focus of the exhibition is mark making and geometric repetition, using variations on the same theme to create a collection of related works. Her approach creates a cohesive ecological space with a natural progression of forms from one to the next.

The Sky Snake series is a contemporary depiction of an ancient symbol. Taylor’s designs would not be out of place in a Celtic graveyard or an exhibition of Inuit art. The snake symbolism travels back to some of the strongest surviving motifs in human mythology: the Midgard serpent, Python, the Uraeus, or even the Minoan snake goddess. In some ancient mythologies, snakes were necessary to preserve balance — great enemies against the gods. In others, especially Maya and other Mesoamerican cultures, the snake is a symbol of rebirth and protection. Taylor’s prints are symbols of renewal and rebirth, writhing bodies twisted together in an eternal dance of death and life. Entwined serpents are common symbols of balance and juxtaposition with one force unable to exist without the other. Taylor’s prints seem to undulate, moving in and out from the center of the ink. The pale blue and green smaller snakes juxtaposed against the large black ones gives the feeling of a snake growing, shedding its skin as it progresses through life.

Taylor’s other set of prints depicts two circles in various stages of overlap, like a lunar or solar eclipse. The moon prints are almost illusionary, with rows of triangles spinning out from the center and a perpendicular group of shapes creating a path toward it. On one side of the print are four blank spaces which glow against the blue ink; on the other side is one larger space that looks almost like a figure on the ground. It reminds me of Ana Mendieta’s earthworks, pressing her body into the ground. It feels figurative, roughly the proportions of a human body, intimately connected to nature. 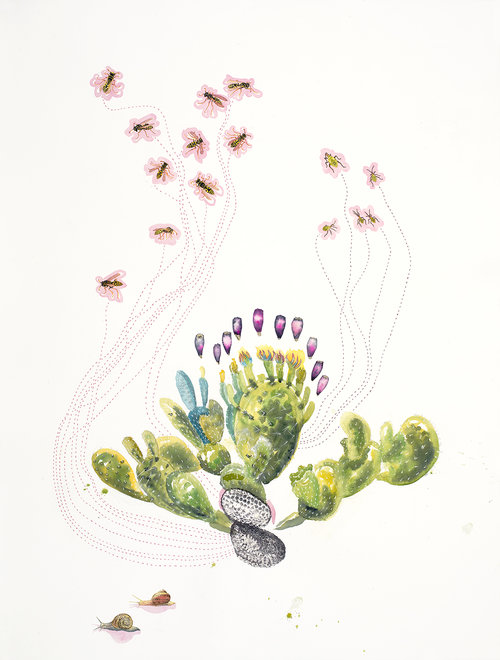 “Loved by the Prickly Pear”

Along with these two series of prints, Taylor includes four large-scale watercolor paintings of desert landscape, flora, and fauna. One landscape is dominated by a fantastical desert mountain with a bright red vein running vertically down its side. Built almost like a Tolkien castle with endless turrets and levels, Taylor’s mountain becomes a desert fortress, an impenetrable barrier that fills the entire field of vision. Her landscapes are like J.W. Turner’s, in which humans realize their own insignificance in the face of nature: we realize we are beholden to it, that we owe the earth for our life, our water, our air, our food. Another watercolor depicts several bees and a cactus plant in a design that looks like an ecological diagram: the bees are surrounded by several pink lines as if showing the movement of their vibrations in the air. The painting is a study of an intricate system in which each part relies on the others for survival — bees gaining sustenance from the cactus flowers and collecting pollen to spread to other plants.

Taylor includes a field guide with the exhibit. She writes that we should see both the face of nature and our own connection to it in her work. Part of exploring the sublime is this element of understanding and appreciating nature, not because we are more important than it, but because we are part of it. The sublime encourages us to appreciate and understand nature, love it and care for it if not unselfishly, then selfishly because we need it to survive. Taylor ends, “You are here. / Here with what is. / And what is, is love.” 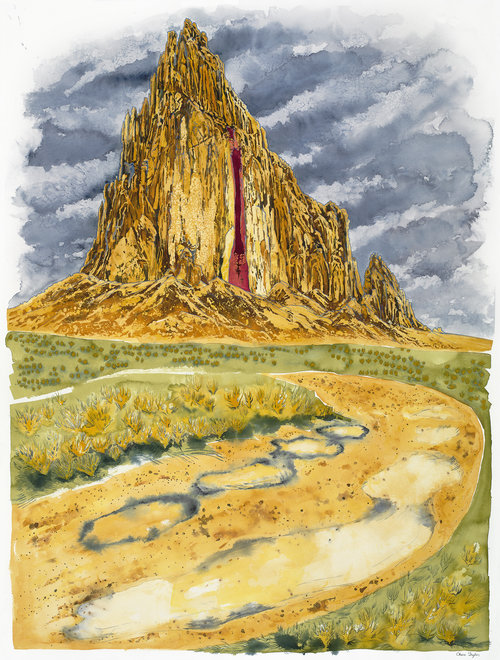 “Grounded by the Rock with Wings”