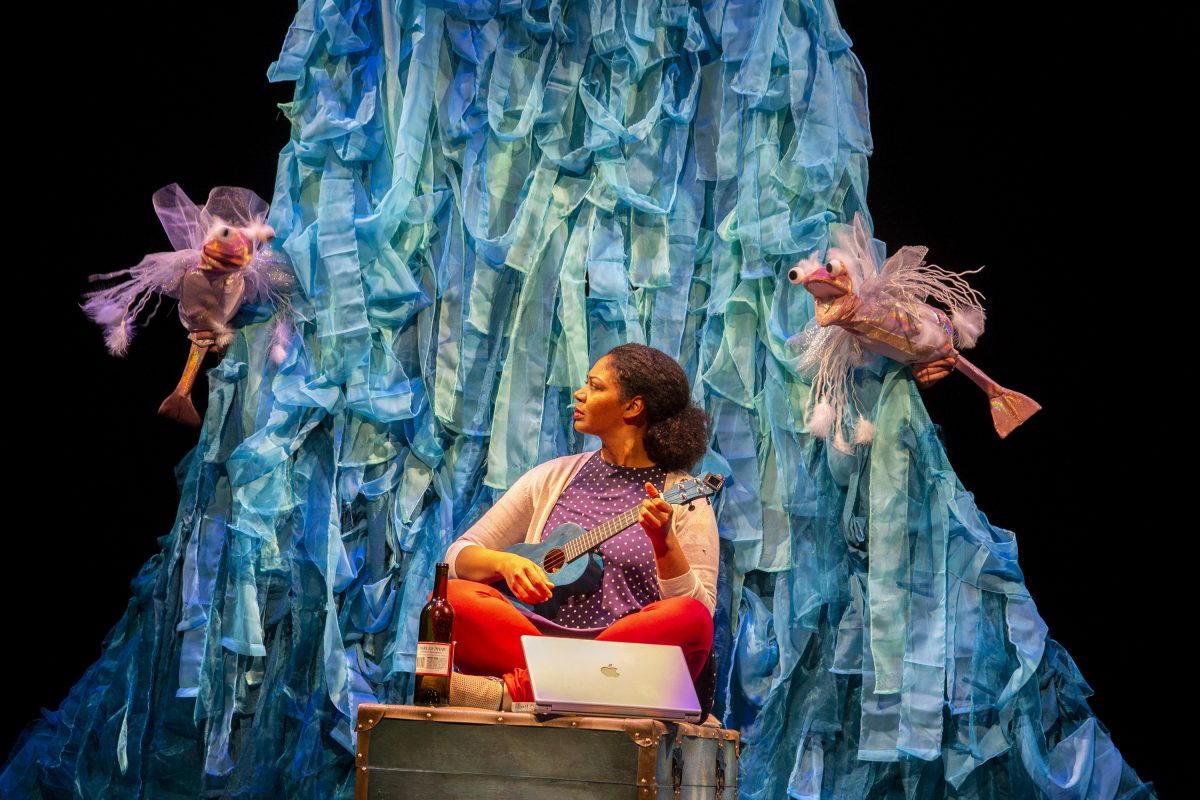 Whether you’re a Utah native traveling abroad or a happy transplant trying to explain the subtle but omnipresent cultural quirks of the state, it sometimes feels like the rest of the country is glad to be totally ignorant about Utah. Playwright Jenny Kokai’s Singing to the Brine Shrimp takes on the theme of getting used to a new culture and developing pride in the oddities of the place you call home with music, jokes, and delightfully wise and sarcastic brine shrimp. Opening Wednesday, Feb. 13 at Plan-B Theatre, this production is a light and entertaining jaunt through a playwright’s quest to finish her script and discover how she fits into the wider theater world as a working artist who calls Utah home.

The play opens with the protagonist Allison playing ukulele and singing with friendly puppet versions of the resilient creatures who live in the Great Salt Lake. They tell us about their habitat, deadpanning “For the lake is wide but shallow/ And smells like something died.” Kokai chose to have Allison talk to puppet brine shrimp about her struggle to fit in because they’re such adaptable animals, who survive in an often misunderstood environment. These shrimp bookend the play with catchy musical numbers that feature hilarious one-liners written by Kokai, a Playwright and Associate Professor of Theatre at Weber State, and catchy music by Kenneth Plain, Visiting Assistant Professor of Theatre and Musical Theatre Direction at Weber State. Asked about how Kokai felt about making brine shrimp stars she said: “These are amazing creatures. I didn’t realize it when I was writing the play, but I recently learned that there’s a brine shrimp enthusiast group. I was excited to hear that people appreciate them and that they’ll enjoy seeing them have their day in the spotlight.” 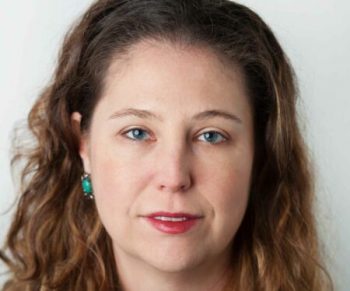 Kokai says that Allison is semi-autobiographical, as she experienced some culture shock when she first arrived in Utah and did participate in a fancy artistic event that turned into a complete disaster. Kokai grew up in Louisville, Kentucky and has lived in several mid-size American cities that big city people often can’t place on a map. She moved to Ogden in 2011 to teach and write at Weber State University. One reason she wrote the play, she says, was that she really likes the people and her life here now, but it took a couple of years before she was used to meeting people and immediately getting the “what religion do you belong to?” question. Allison’s arc in the play mirrors Kokai’s coming to feel like Utah is home and uses a light touch that Kokai hopes “entertains people in these often stressful and dark times.”

As the play moves from Great Salt Lake to New York City, it dives into the realities of being a talented artist who lives in what some coastal natives consider “the middle of nowhere.” When Allison workshops a play she’s written with New York actors and drama professionals, the organizers offer her coffee and wine with genuine concern — they believe that Utah might just have a scarcity of hot beverages and that Allison has to suffer to live there. Allison struggles to get the value out of the workshop that she hoped for, noticing that it’s often a looks- and personality-contest to be a working artist. “Actors don’t eat and are pretty, playwrights wear ill-fitting sweats and get to eat as many Doritos as they want. It’s how it’s supposed to be. It’s the circle of life,” she says.

Kokai brings her quirky sense of discomfort through with bouncy dialogue that occasionally ends with a deadpan punchline. Allison says, “I think they brought me here as some sort of Carrie at the Prom scenario and they are going to dump a bucket of pig’s blood on my head.” The situation gets more dire for Allison when a crisis at home makes her already uncomfortable stay at the play workshop even worse.

The change of scenery that jolts Allison into an artistic and personal crisis is well highlighted with contrasting musical styles. “When the action takes place in New York City, I use a more traditional musical theater style,” Plain says. “My goal is to always illuminate what’s happening in the scene and support the characters.”

What’s certain is that the message from the play’s quirky shrimp chorus, that “Everyone can be a brine shrimp/Be inspired by us lake shrimp that thrive,” will leave native Utahns and sympathetic transplants alike with smiles and lighter hearts.