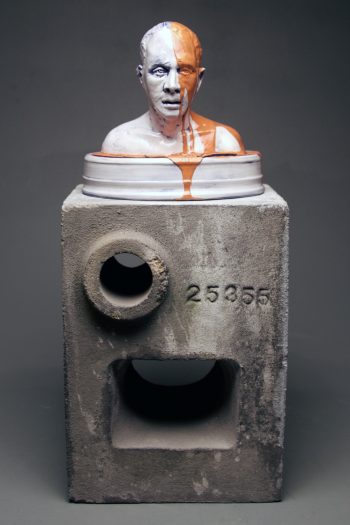 “Orange Crush” is an example of Brian Christensen’s incorporation of the pedestal as a vital element of the whole sculpture.

For nearly three decades in his role as a professor of ceramics at Brigham Young University’s department of art, and as an award-winning artist with a long list of regional and national exhibitions on his CV, Brian Christensen has been able to observe the changing critical and commercial response to ceramic art.

He has been all too aware of the “ceramic ceiling,” the “aesthetic and social boundaries, relegating ceramics and other ‘craft media’ to a critical sphere,” as he puts it, “separate from painting and sculpture, even when those materials seek to engage painting and sculpture, rather than utilitarian traditions.” Christensen’s own work is very much in a tradition related to painting and sculpture. As critic Geoff Wichert has written in these pages, he is an artist who “could almost represent the range of modern sculpture singlehandedly. Brian Christensen may be Utah’s foremost sculptor, working in many materials to produce work in most of the known genres.”

Christensen’s work employs unconventional materials and methods, part of a tradition that has helped undermine the rigid structures holding up the ceramic ceiling. He notes that, “Cracks in the rigidity of this decidedly Eurocentric culture ceiling have appeared for decades in the form of unconventional materials and methods such as the drooping, lumpy rubber and fiber glass, etc. in the sculptures of Eva Hesse in the 1970s, which split from the industrial minimalism of her immediate colleagues; or the iconic feminist ceramic installation ‘Dinner Party’ by Judy Chicago, in the same era.”

Despite these fissures, during the numerous trips he took to New York City with his art students, he noticed ceramic art was absent in the premier galleries. “The U.S. cities where the best ceramic sculpture flourished along with art pottery were little-big cities like Kansas City, Minneapolis, Columbus, Portland, etc.,” he says. (Christensen himself came out of one of those cities, earning his MFA degree from Washington University in St Louis.)

In 2014, however, Christensen began to notice a difference. “It seemed that many of the galleries in Chelsea were featuring ceramic sculpture that year. A big discovery for me in 2014, and an ongoing influence on my work is the long-time NYC clay artist Arlene Shechet.” Born in NYC in 1951, Shechet received a BA from New York University and an MFA from the Rhode Island School of Design (1978). Though she was a working sculptor for decades, it wasn’t until she was in her fifties that she began to be recognized with major awards, like the American Academy of Arts and Letters Award (2011), the Joan Mitchell Foundation Painters and Sculptors Grant (2010) and the Guggenheim Memorial Foundation Fellowship (2004). 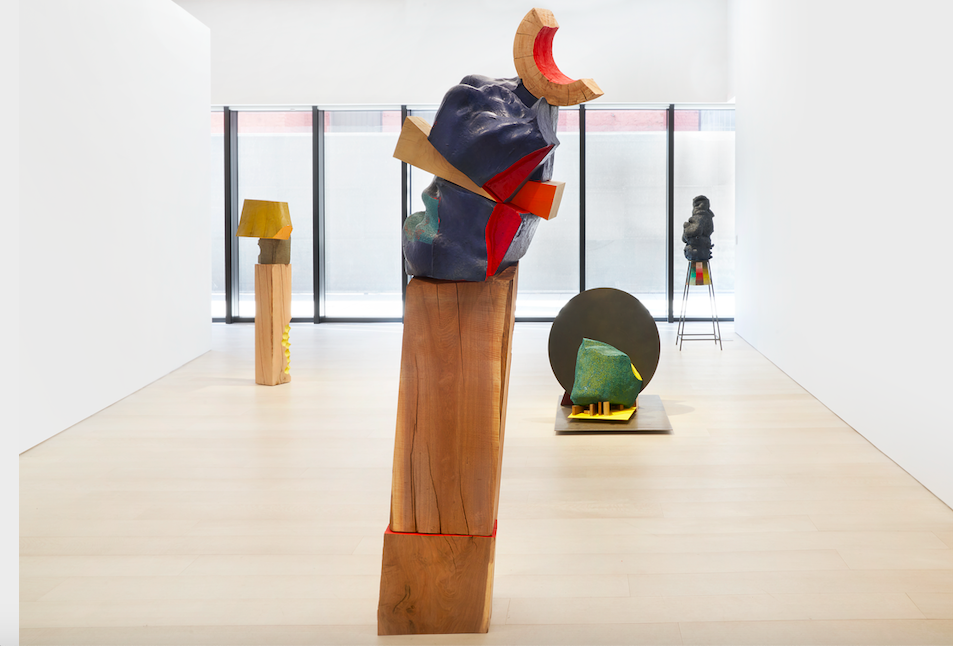 An installation view of Arlene Schechet’s exhibit Skirts at Pace Gallery, NYC, in 2020 (from the artist’s website)

“I identify with [Shechet’s] use of diverse materials combined with ceramics as well as her Brancusi-like incorporation of the pedestal into the composition,” Christensen says. “Speaking of composition, I appreciate the way that Shechet freely composes sculpture, much like a painting, rather than solidifying a monolith. Shechet’s pedestals could be anything; a tree stump, a stack of glazed bricks, or steel, welded to look like a sculpture stand or office furniture; Not necessarily found, but forms that feel unassumingly found. To me, Shechet’s sculptures have some similar form-invention, humor and candor of late Philip Guston paintings, as if an abstract-but-referential painting came off of the wall to occupy three-dimensional space.”

“Arlene Shechet is not afraid to let a form develop freely and be itself. There is no artifice,” Christensen continues. “The work is both intentional and subliminal. Her sculptures are not beholden to tradition, but still are sensitive to what the clay can and cannot do in a practical sense. Any limitations that the clay may come up against is supported by another material with another material strength, rather than making clay do the seemingly impossible, as some clay artists are compelled to do. The result is sculpture that speaks through unassuming gestures and casual narratives.” 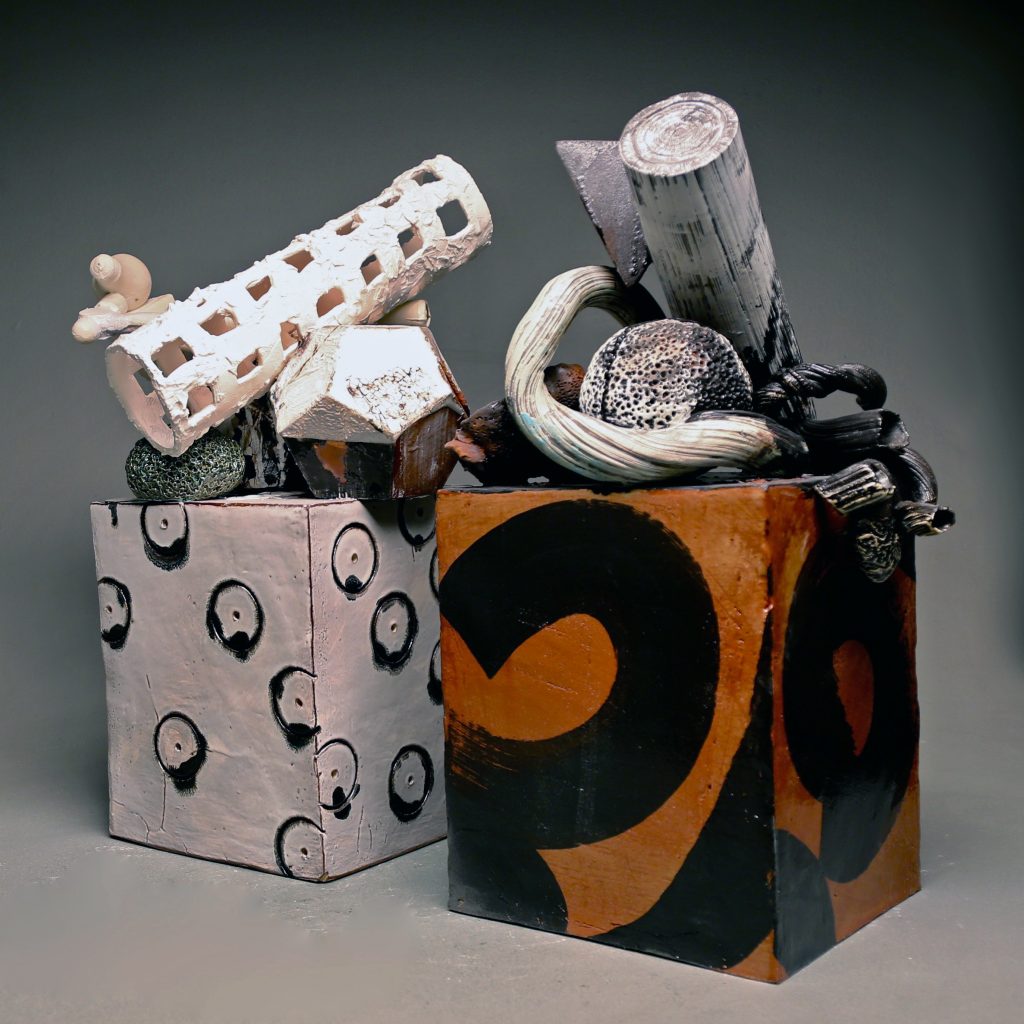 Brian Chistensen is represented by ‘A’ Gallery in Salt Lake City and you can view more of the artist’s work at brian-christensen.com.