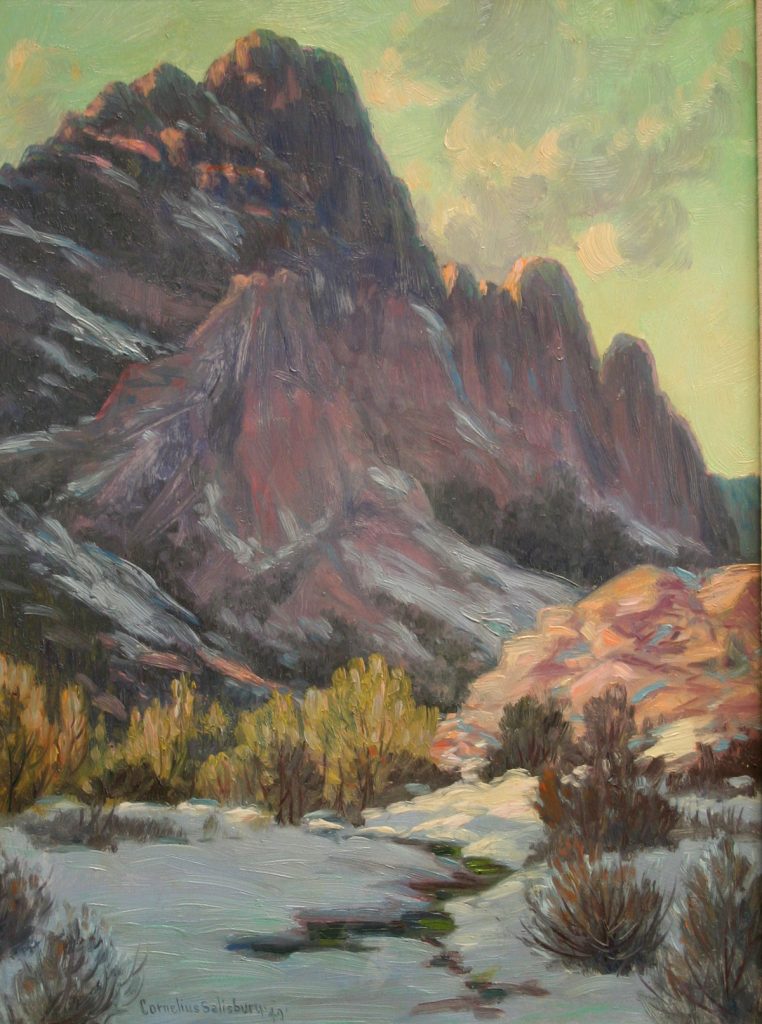 As I approach these columns, I generally start with the usual background material (born, died, did a bunch of stuff in between), supplemented by search engine snippets sent my way by my beloved editor Shawn Rossiter. Ever since Rossiter mentioned Utah Digital Newspapers as one of his sources, I have been consulting it as a routine. Frequently, and especially with artists who lived in Utah’s backwoods, the articles I find deal with what “Mrs. Burnham” served at the tea at somebody’s house where the art of so and so was exhibited. Every once in awhile, though, in between yawns, I come to a skidding halt, like the report I found in a December, 1927 article in the Richfield Reaper while researching Cornelius Salisbury. “Charging that his wife threw a heavy missile at him, and not only threw it but struck him, Cornelius Salisbury filed suit Monday asking divorce from Marie T. Salisbury.” Huh? I continued on. “Another alleged cruelty was the procuring of a revolver, which was loaded, and Salisbury declares his wife has threatened to shoot him…” That’s the type of urban legend that gets passed around at meetings of the Art Nurdz, the type of thing that makes you say, “Well if it’s not true, it should be.” But in this case it is true, or at least documented. And it was a legend I had never heard before.

I couldn’t wait to find more juicy tidbits and scoured every newspaper in the database but nothing else compared. Nealy (as he was sometimes called) Salisbury was born December 16, 1882 and grew up in rural Richfield in a large family with an artistic bent. As a child he used “to mould mud animals from the extremely red and more extremely sticky clay, which composed the highways of Richfield.” He married young – he was barely twenty-one and his bride just sixteen – and then set about pursuing a career in art.

His art training reads like a who’s who of instructors and institutions. He first studied at the University of Utah in 1904, followed by two years of study at BYU. From 1908 to 1910 he studied at the Pratt Institute in New York and later studied at the Art Student League in the Catskill mountains and with famed landscape painter Ernest Lawson at the Broadmoore Art Academy in Colorado Springs. 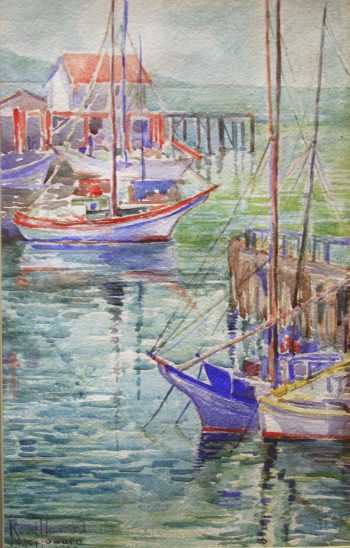 While Salisbury was in New York he worked in the day at Valentine’s Scenic Studio, painting scenery for theatres, and went to school at night. In the fall of 1909 his wife Marie became pregnant with their only child. She returned home early in the Spring to have the baby – a boy – in her parents’ home (May 15, 1910), while Salisbury returned later that summer. He first found some work in Richfield but the family soon moved to Salt Lake.

When Salisbury returned east in 1918, Marie declined to join him, a fact he brought up in the divorce hearings. Salisbury landed a job in Washington D.C. working for the Navy as a cartographer, charting the oceans and coastlines. For eighteen months he lived the life of a lonely boarder, but he was at least free to travel — visiting New York, Philadelphia, Baltimore, Appalachia, and Civil War battlegrounds. And he enjoyed studying art at the Corcoran Gallery. He still felt the pull of the West, though and wrote: “I can see in my dreams those giant, rocky cliffs of the Westland rising up to hide their snow-capped peaks in the clouds and mist.|0| I picture the barren sagelands, the scorching, breathless deserts, stretching away mile after mile to end, where the purple, hazy mountains lift their towering heights to meet the sky.”

After his return in 1920 he taught intermittently in the public schools – first at Ogden’s Lewis Junior High School, then the Jordan School district and West High in Salt Lake.

Typical for Salisbury’s art are landscapes with impasto. His “Blue Mountain,” one of many Salisburys in the SMA collection is a well-composed painting that exhibits strong values and treatment of light. A February 1925 exhibit of Salisbury’s works at the Salt Lake Chamber of Commerce shows some of the places he liked to paint. There was Big Cottonwood and Ogden Canyons and Mt. Ben Lomond. The Catskill mountains, the Utah desert country,|1|and Green River are all mentioned as subjects of his paintings. 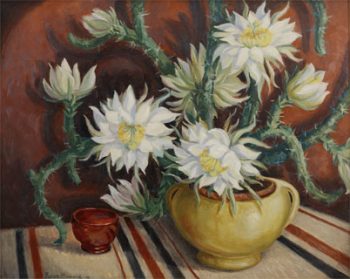 One of Salisbury’s painting companions at this time was LeConte Stewart. Stewart was born near Richfield but the two probably had little contact there. They were both in Salt Lake around 1911 and may have known each other before Stewart left for his own years of study in New York. When Stewart returned and had difficulty finding work, Salisbury helped him get a job drawing designs for the McDonald Candy Company. And while Salisbury was teaching in Ogden, Stewart got a job at the Ogden High School art department giving them further opportunity to work together. I first got the sense the two artists had painted together when I noticed that they had both painted the same butte. I noticed the geologic formation in a Stewart painting, owned by local art collector, Dr. Chuck Rich. Later, prominent Salt Lake attorney Shane Topham showed me a Salisbury painting that depicts the same formation.|2| It seemed obvious the two artists had painted the same spot but we were flummoxed as to where it was until Topham, by accident, discovered the area on a trip along I-70. He says it’s not far from where US Highway 6 intercepts the freeway, just north of Green River (one of the spots mentioned in Salisbury’s 1925 exhibit).|3| 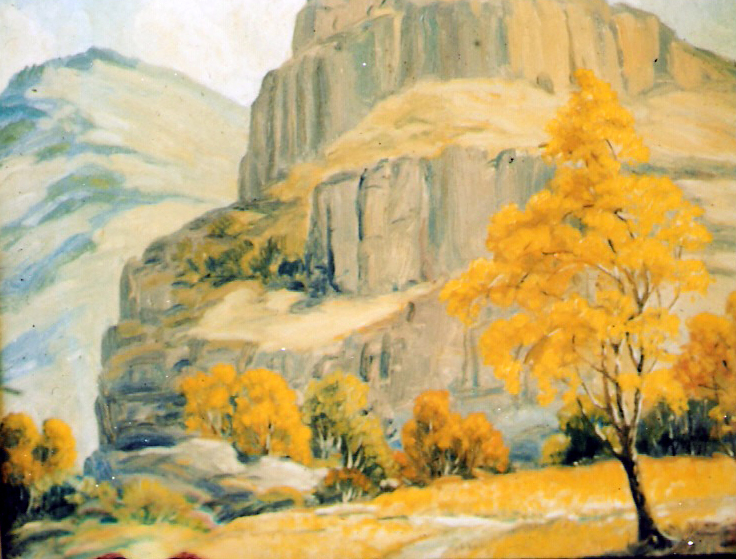 Salisbury was able to get his divorce and in 1929 he married Rose Howard, a fellow artist who had studied under James T. Harwood at Salt Lake High and with Lee Greene Richards, Edwin Evans, and Mabel Frazer at the University of Utah. Although her landscapes and still lifes never contained the same kind of painterly intensity as did her husband’s compositions, she nonetheless won numerous awards and sold a number of paintings that surface on the market from time to time.|4-5|Before the marriage she had taught at Irving Junior High School and afterwards taught at Rowland Hall for twenty-three years. “Lovers Lane” a work by Cornelius purchased by Richfield High in 1930 may reflect the happier times he had found after marrying Rose.

Richfield High purchased “Lover’s Lane” as part of their new art collection and they weren’t the only school buying art at this time. All across Utah and even into Idaho, schools, with the support of their local communities, were purchasing art for their buildings (the Springville Museum after all started as a high school collection). These collections are a great repository of early 20th-century Utah art, at least as long as the art is still there. Years ago in a review of the SLC School District’s collection, a number of paintings had mysteriously disappeared over the years. In addition to conducting its own search the district hired a detective. Where did the detective go first? To the residences of retired school principals. When some school administrators were finishing their tenure, it was tradition to give him or her some sort of gift. Evidently, some staffs decided that they should present the retiring principal with an old painting that used to hang in the retiree’s office. I spent a lot of time in the principal’s office but I typically left everything intact. Ogden, Bountiful and Salt Lake school districts |6-7| all have Salisburys in their collections. 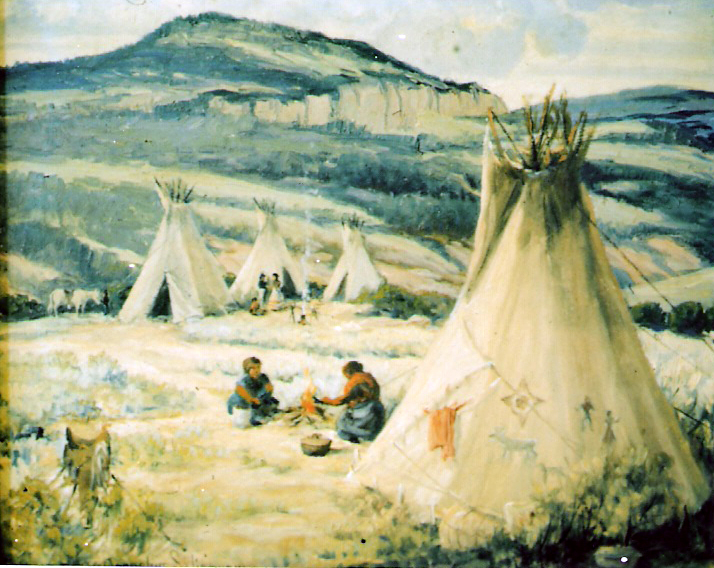 Salisbury paintings are also found in collections of various commercial enterprises including Zions Bank, and the law firm of Snow, Christensen & Martineau.|8|It is enjoyable to see that historic works by early Utah artists are collected and prominently displayed in their offices. The LDS Church, of course, maintains an exquisite collection of art and among their many works is a portrayal of the old Endowment House, a sacred edifice where the early territorial residents performed religious ordinances before the Salt Lake Temple was completed. The 1963 painting appears quite primitive but as featured in a past edition of the Church’s magazine, The Ensign, provides an image of the historical building that was located on Temple Square. 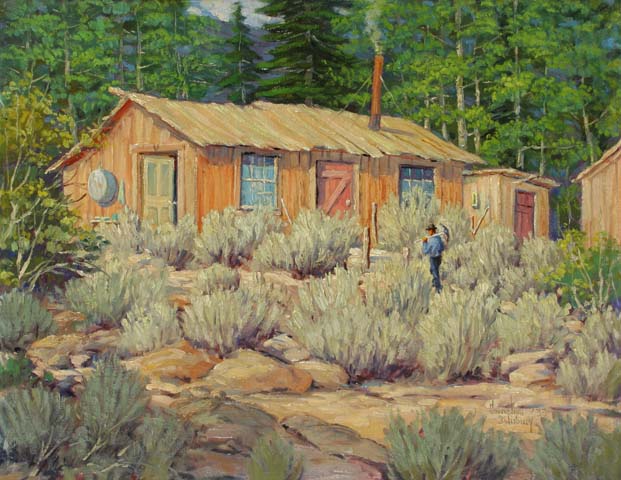 Two signature Cornelius Salisbury paintings that come to my mind have been seen by many thousands of Utahns. His “Harvest Time” was a featured entry in a Springville exhibit in 1983, the year the salon began ranking early Utah artists from “Rare” to “Collectable.” The venerable and long-time director of SMA, Vern Swanson, continues the tradition of classifying contemporary artists by convening a group of somewhat sophisticated art Nurdz from time to time to determine who should be considered “Most Honored” artists of Utah. 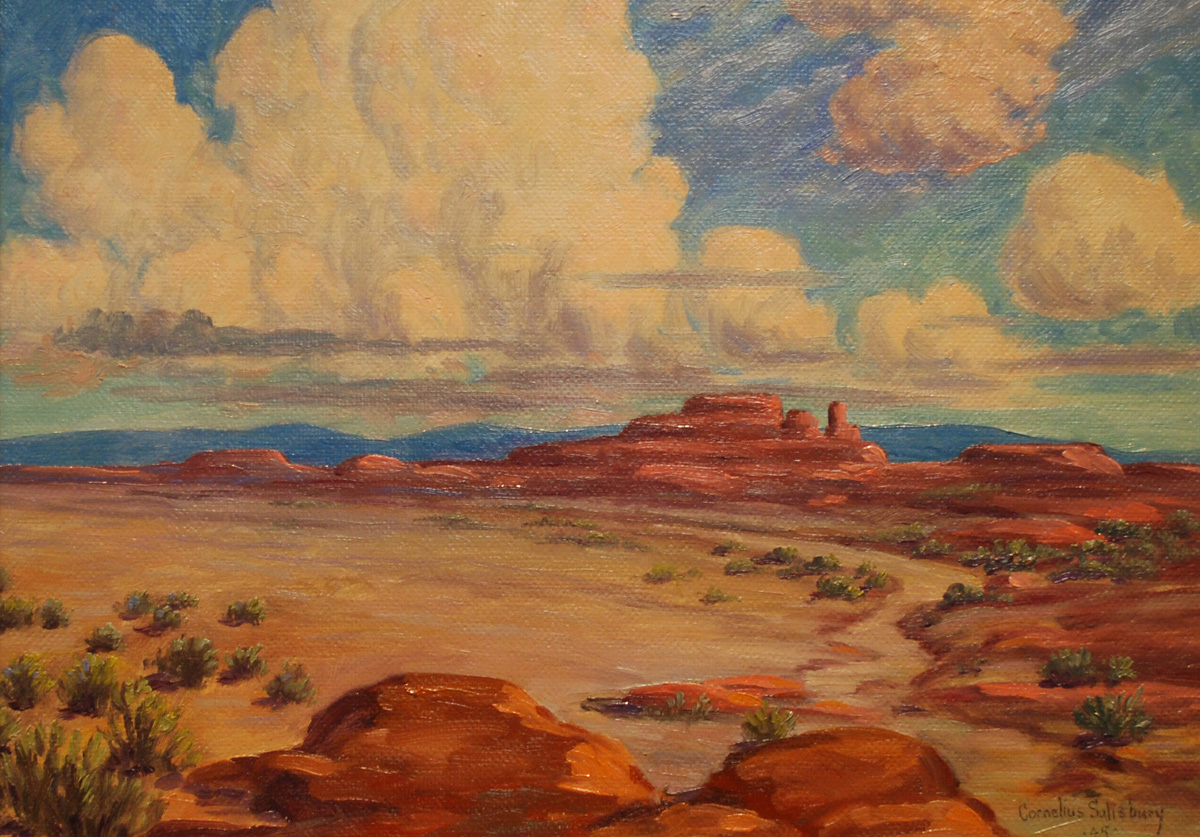 The other painting, familiar to patrons of SMA and the Simmons Pioneer Theatre, is a nostalgic portrayal of the old Salt Lake Theatre called, “Final Curtain.” |9| Bob Olpin used to lament in his art-history classes that the historic structure was razed to make way for a gas station that was housed in an old bi-plane on the northwest corner of State Street and First South. The painting shows the old theatre on a cold winter night with Kincade-like glows emanating from the windows. Unlike Kincade’s paintings, Salisbury’s representation is believable. A larger version of the painting was purchased by the Springville Museum of Art in 1947. Pioneer Theatre Managing Director and friend, Chris Lino, reports that when the theatre underwent a major renovation eight years ago, “Final Curtain” and other works including the massive work by Doug Snow that formerly occupied a prominent place in the lobby, were given to the Utah Arts Council. 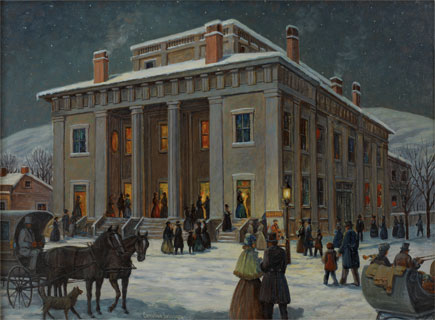 Salisbury passed away in Salt Lake in 1970, just three years before the death of his artist-nephew, Paul. I have little documented evidence of the last thirty years of his life. I assume they were spent in quiet times, painting with his wife Rose, and enjoying time with his family. But the Utah digital newspaper archive is far from comprehensive and who knows what we’ll learn when all the papers for the past century come online.

Next month’s installment of Alder’s Accounts will be a guest column by Elizabeth Peterson on Alvin Gittins. If you have images of artwork by early Utah artists you would like to share with our readers, please send an email to editor@artistsofutah.org