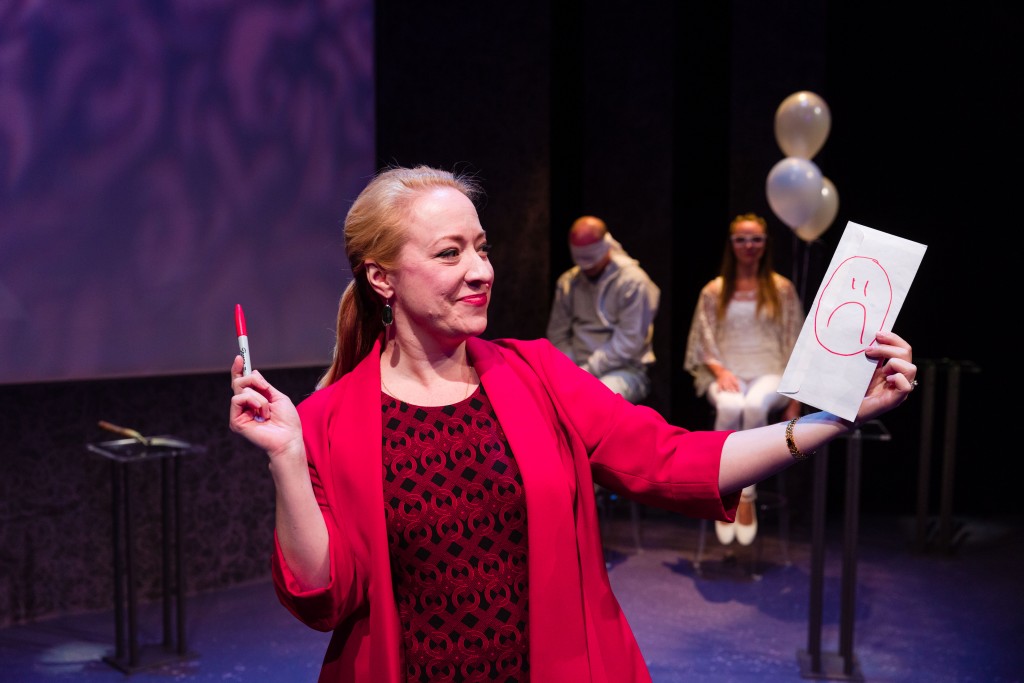 The premise is unalluring: a smartly dressed, middle-aged woman stands in front of the audience and recounts the struggles of caring for a parent with Alzheimer’s.

Yet an emotionally taut performance by April Fossen; a sharp, engaging script by Steve Yockey; and the fairy-tale interludes of Glen and Linda Brown’s puppetry make for a compelling 90 minutes of theater.

Salt Lake Acting Company’s season opener, Blackberry Winter, is the first staging in a rolling world premiere that will see seven productions of Yockey’s new play across the country during the 2015-16 season.  Directed here by Sandra Shotwell, it’s a work that manages to express itself beyond the “issue” upon which it is hung, as important as that may be.

Vivienne Avery is an impeccably polite and minutely organized mother, wife and small-businesswoman, struggling with her mother’s descent into dementia. A letter from her mother’s care facility, which she presumes will announce the end of their services and the need for a nursing home, spurs a night of reflection, remonstration and tentative reconciliation.

Her emotions stretched taut like the “bulletproof smile” she maintains even when she’s dropping quarters into the swear jar, Vivienne moves about Keven Myhre’s sparse set of glass and steel, and, prompted by household items displayed there— an iron, a trowel, a bottle of iodine—recounts the accumulation of discovery, frustration, anger and sadness that is the fate of millions of caregivers across our country. It is an emotional confessional, an inward night of the soul where anger, grief and shame are added to her mother’s famous recipe for coconut cake.

Vivienne’s confessional is broken up—90 straight minutes of this soul-bearing would be too much for character, actor or audience— with the staging, in three parts, of Vivienne’s invented “Origin Myth for Alzheimer’s.” Shadow puppets, played by the Browns and company, project the story on screen while S.A. Rogers narrates the part of Mole and Kalika Rose that of Egret. It’s not a moral fable, explaining why these things happen. Just that they do.

It is Vivienne’s attempt to come to terms with “the awful person thing” that has her considering at one moment whether or not mom would be better off going for a walk in the woods.

The mature, graying audience of opening weekend may simply be indicative of the demographics of theater audiences (which for SLAC are up—a record-breaking 3,250 subscribers this year) but one can’t help but imagine that among those baby boomers a good percentage are providing care for their own ailing parents and loved ones (it’s estimated that Americans provide 17.9 billion hours of uncompensated care for people with dementia). That personal connection is unnecessary, however, to be moved by this work. Fossen’s expert handling of the turbulent but restrained range of emotions, aided no doubt by a script that is dark, funny and poetic, makes it compelling theater regardless. 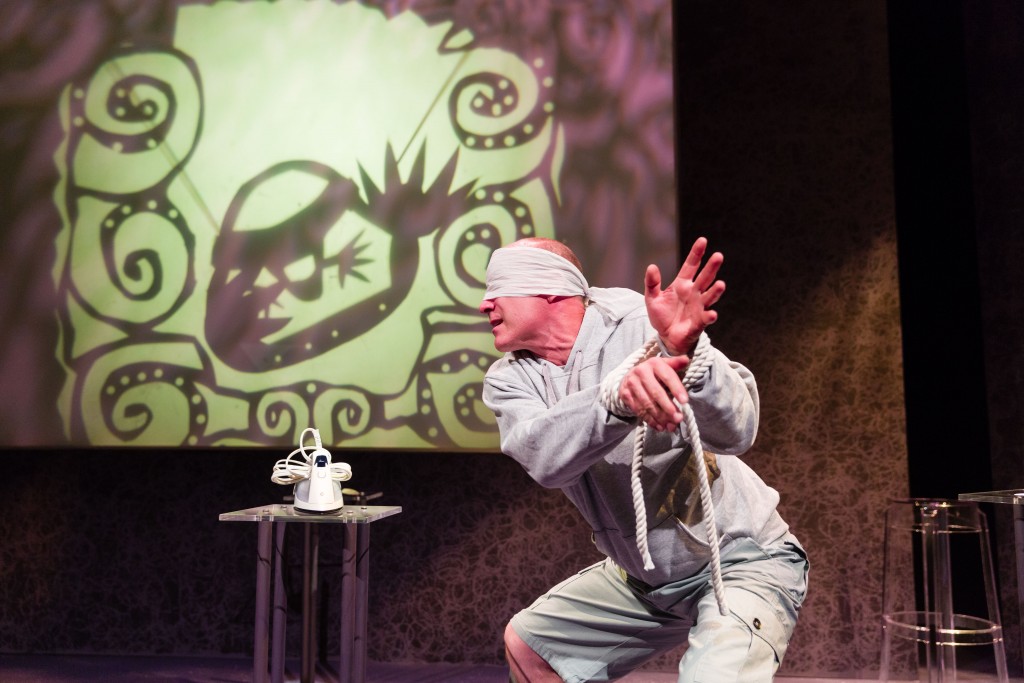 S.A. Rogers as Mole, and the shadow puppets of Glenn and Linda Brown