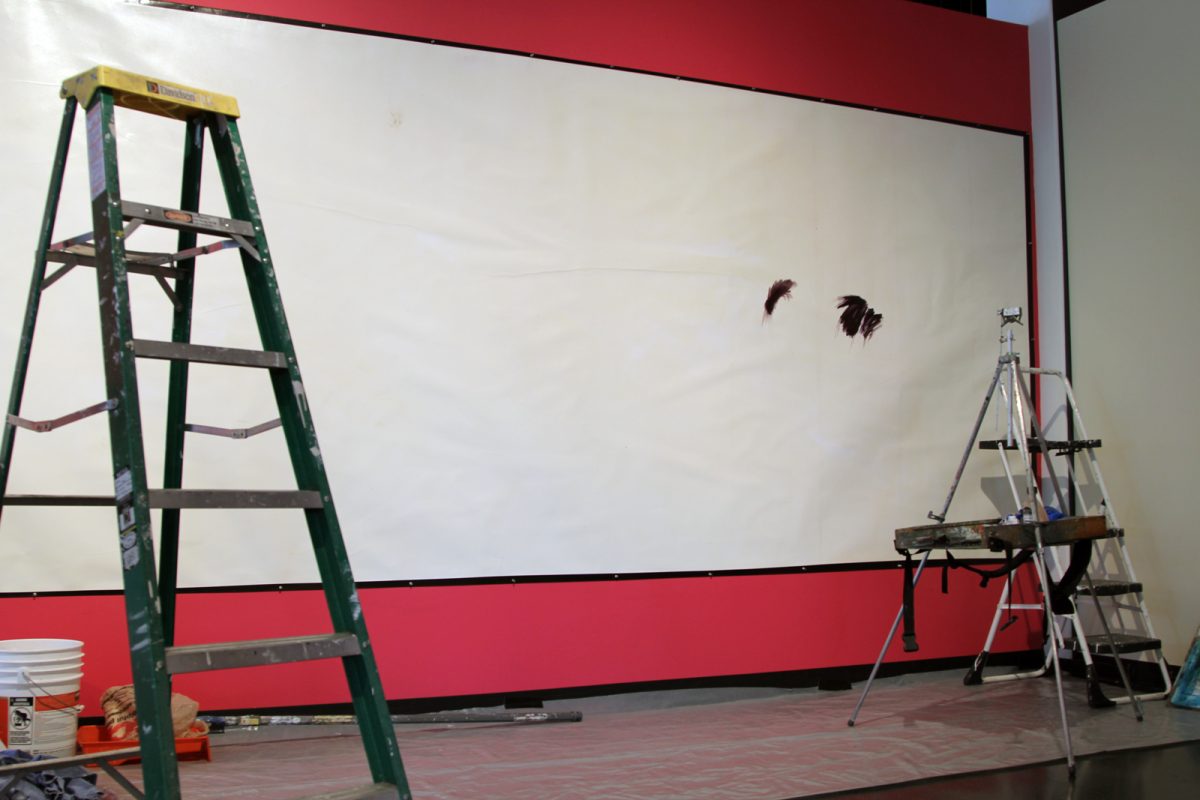 You don’t necessarily go into art because you play nice with others: artists are generally solitary creatures, the studio a temple for personal expression. So when we asked seven pairs of artists to come into The Leonardo’s Art Lab to create large-scale collaborative projects during the Utah Arts Festival, we knew it would get exciting. We just hoped it wouldn’t get bloody.

Most of the artists hadn’t worked together before and they had to work out their ideas and methods on the spot, while people watched and the clock of the four-day event ticked away.

Sign-painter Austin Namba and landscape artist Jann Marie met at the recent Dreamathon at the former Granite High School, where their two pieces were created side by side. For ColLABorART they had to work on melding his meticulous sign-painting skills with her heavily textured landscapes — a process that wasn’t always easy but whose results are eye-catching.

The other artist pairs had to similarly figure out how to work together to achieve their ends: Brad Slaugh and Sri Whipple covered a 16-foot gessoed piece of paper with a dark ground and began wiping away, creating a menagerie of human, animal and floral forms; Stefanie Dykes and Lewis J. Crawford individually screen-printed pillowcases with faces of famous figures then brought them together to create “Strange Bedfellows;” Kent Christensen and Levi Jackson created a space-age food pyramid full of Tang, Oreos, Coca-cola and freeze dried ice cream; Josh Luther lay in a pile of dirt and played on his phone while collaborator Bret Hanson built up a ramshackle structure around him; Jann Haworth and Daisy Blake riffed on a personal favorite, Alice in Wonderland; and David Habben and Shawn Rossiter reunited from last year’s ColLABorART to create a large pastel drawing that mixes the biomorphic and the robotic.

Thousands of people from the Arts Festival stopped in to watch the artists as they worked. They and the larger public will have a chance to see the finished works as they will be exhibited at The Leonardo’s Art Lab through the month of July. A reception for the exhibition will be held on Friday, July 18, 6-9 pm.

Tagged as: colLABorART, The Leonardo