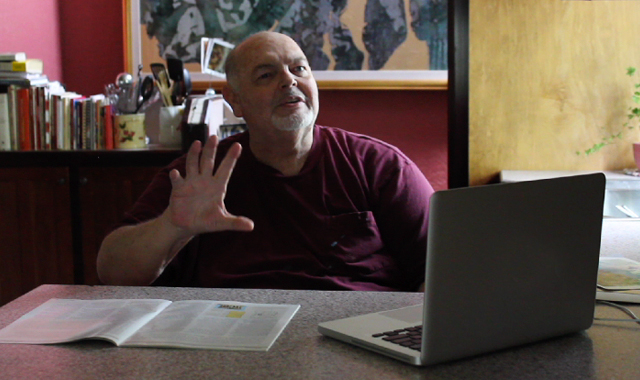 Just about anyone who has traveled to Utah knows his work. He’s the artist who created the large, hyperrealist murals depicting scenes of southern Utah for the Salt Lake City airport. Fewer, however, know that Anton (Tony) Rasmussen began his career as an abstract artist, from the action painting of his graduate work (depicted in a film by Claudia Sisemore) to large-scale depictions of microscopic cancer cells.

After his own debilitating struggle with cancer, Rasmussen is now back behind the easel, and his work is the subject of a 50-year retrospective this month at the Springville Museum of Art. In this video profile, we visited Rasmussen in his Salt Lake City home, where he discussed the underlying vision that has driven all aspects of his work.

Watch the video profile in our August 2012 edition of 15 Bytes.