You may have heard a little bit about Utah’s 15, our program designed to celebrate Utah artists and their impact on our community. For those of you waiting with bated breath, we’ll be announcing the recipients of the award at our 35×35 Gallery Stroll reception April 19 at 8 pm at Finch Lane Gallery.

We’re not the first, of course, to come up with the idea to recognize the state’s artists. 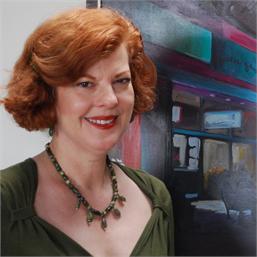 SLC Mayor’s Awards
Since 1992, the Salt Lake City Mayor’s Office has recognized individuals and organizations that have made significant contributions to the artistic landscape of the community by awarding the Mayor’s Artists Awards at the Utah Arts Festival.

This year’s five recipients were announced last week — Karen Horne for the Visual Arts; Mary Ann Lee for Performing Arts; Bryan Young for Literary Arts; Frank McEntire for Service to the Arts by an Individual; and RadioWest for Service to the Arts by an Organization. The recipients will be recognized during the festival on Friday, June 21st on the Festival Stage at 8:15 pm (for a complete list of past recipients visit uaf.org/mayor.)

Utah’s 15
So, with these other awards happening (and the ones above aren’t the only ones in the state) why are we bothering to come up with yet another award? Well, more recognition for what artists do in our state never hurts, and we think we’re poised to celebrate their impact in a special way. We want not only to name names, but also tell stories. Utah’s 15 is our chance to delve into a print publication (out later this year) and see if we can match the success of our exhibition for younger artists (35×35) with an exhibition celebrating more established artists (a Utah’s 15 exhibit will be at the Rio Gallery in February 2014).

Our selections for Utah’s 15 are coming from a broad community. Nominations  — we received more than 80 — were open to the public, and the final 15 will be selected through a vote by the people who make 15 Bytes possible (our writers, photographers, volunteers, staff, board and financial contributors: that’s about 200 people). This process may not necessarily result in a different batch of recipients from other awards. But we hope it will give the recognition a little extra luster.

Join us on April 19th at 8 pm at Finch Lane Gallery to recognize both the winners of the 35×35 exhibition awards and the recipients of Artists of Utah’s first Utah’s 15 awards.

Requests for interviews with awardees should be directed to Alyssa Hickman Grove, 801.236.7548, agrove@utah.gov. Registration is $95 for the full conference, including the Governor’s Leadership in the Arts Awards luncheon, or $55 for the luncheon alone. Register online at artsandmuseums.utah.gov. Group and student rates are available. Educators can receive points toward Utah Educator’s License recertification. Table sponsorship opportunities are available; call Lynnette Hiskey at 801.236.7552 for details.