Annelise Duque Creates a Garden of Living Memory at UMOCA 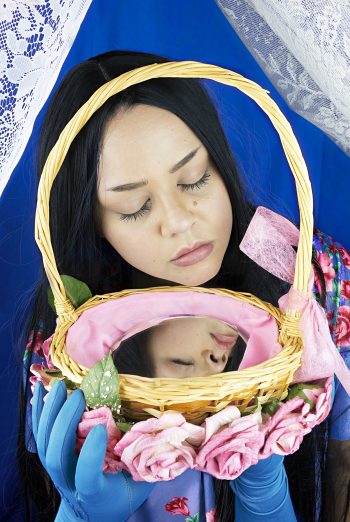 The semicircular handle of a wicker basket frames the angelic face of a young woman, which is doubled by reflection from the silvery surface of its contents. A pair of blue-gloved hands supports the basket’s bowl, while concentric pink ovals of satin and roses, a pink lace bow and garlands of white lace complete the presentation. This is one of ten large, pristine, high-def photographs, individually untitled but collective labeled Remember Them Alive. The one thing all ten images have in common is a powerful mood, a visual equivalence to the sound of a voice. Many, but not all of them, contain pink or rose-colored flowers, images of blue sky filled with clouds, disembodied blue-gloved hands, or the young woman — presumably the artist — with closed eyes and a contemplative expression. Two have white vases in the form of swans, at least three are set on grass, though their lighting does not limit them to a real world setting, such as the outdoors. Their lack of individual identities (titles) here means that they are to be taken as a whole, so that what is not present in one is still present, just out of frame, even if not visible there.

As the viewer moves about the room, from the large boulder just inside the door past so many floral arrangements, a formal garden may come to mind. The cloudy blue skies support this intuition, the totality suggesting a kind of memorial park: perhaps heaven. Two window-like wooden structures offer contrasting views, one possibly into the artist’s garden and the other a look down onto her supine form as she lies on the grass. If this reading is correct, if we are being shown the ongoing presence in the artist’s life of her past, her progenitors, and their influence, then in one of the most sophisticated metaphors, where she uses a couple of kitchen appliances, the blue in the blender says she is concocting a recipe handed down from one to another through the women in her family. It dawns, further, that pink and blue are paired for their contrast: instead of boy or girl, here they mean present and living or past and passed on. 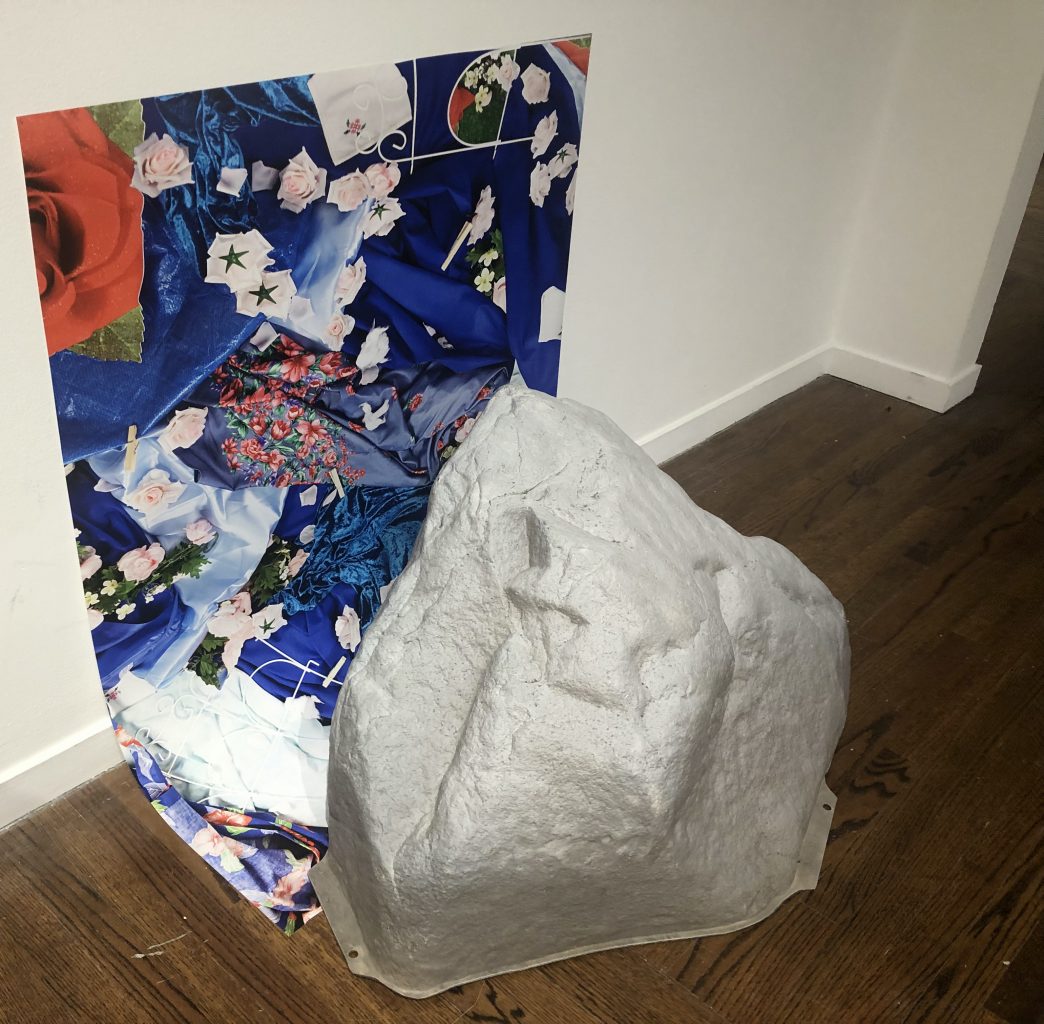 Initially, these scenes from her life seemed cool, unemotional, enigmatic but not evocative: they clearly mattered to her enough not only to evoke her somber mood, but to inspire all the effort on display. But as the story they tell unspools, a connection is made to the folk wisdom, to be found on every continent, that the elders, those who went before us, are still present with us. I say “folk wisdom,” but thanks to a century of scientific discovery, we know this is literally true of our DNA. But it is the science that is cool, if ultimately correct, while Annelise Duque’s vision of two worlds divided by a veil, or a sheet of photographic paper imprinted with an image of the sky, allows her audience to share her sense that we are share the same space, separated only by time: that when we recall the past and those who lived there, we need only presence of mind to remember them alive. 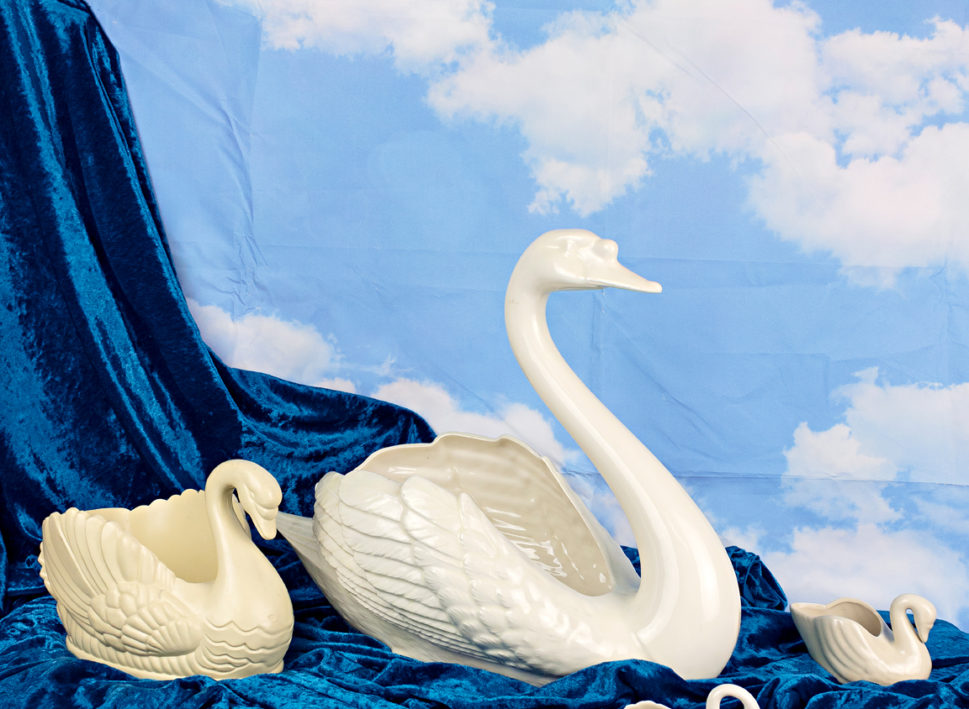