Andrew Alba Paints from the Gut in “American Soup” 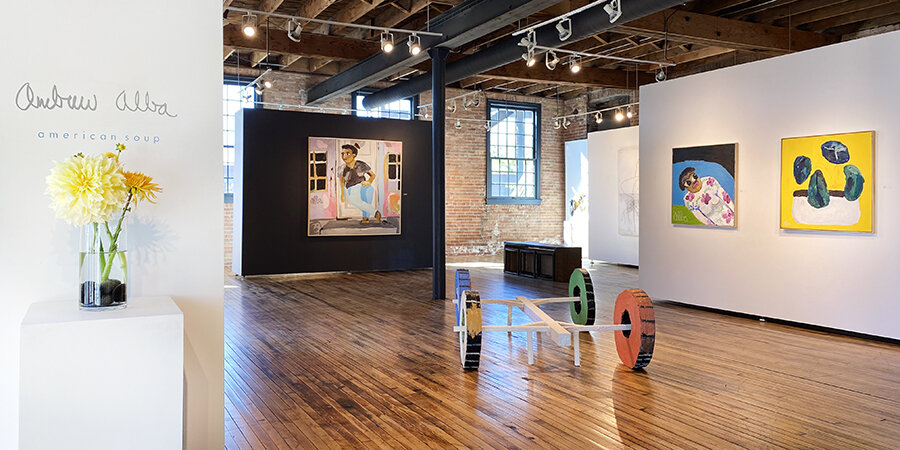 If you’re being followed or navigating a dangerous place, your natural defense mechanisms activate and start tuning. These mechanisms are buried in our mind and body, just as they are in any other domesticated animal. Colors get brighter, movements slow down, and you can shift from terror to fighting mode in a fraction of a second. This is the realm of instinct, where your gut determines if you’re going to run or throw punches — and where painter Andrew Alba reports from, depicting the intense side of Utah in works like “Stray Pregnant Dog in Glendale,” “Running,” or “Rose Park Pozole.” In his latest show, American Soup at Modern West Fine Art, Alba weaves bright red paint, aggressive lines and the symbolism of half-feral animals to depict a world of migrants, laborers, worried women, fighters and other members of marginalized communities. With sculpture, video installation, and two-dimensional works, layers of artistic instinct are on display at the Salt Lake City gallery through Oct. 30.

“Negro Matapacos” is an oil on panel work featuring a black dog made from black spiky lines and stripped-down shapes. The subject of the painting is a contemporary protest legend. “In some countries, like Chile and Greece, stray dogs rule the streets,” explains the online publication Blurred Bylines.  “So when people take to those streets and protest their governments, how do the dogs react? Some of them join in and protect protesters against the brutal police forces who confront them.” During Chile’s university student protests in the summer of 2011, a stray named “El Negro Matapacos” (“the Black Cop-killer”) ran with thousands of young protesters, showing his teeth and barking at the lines of police officers who attacked them with water cannons and tear gas. Images of this black dog spread to North America and one now graces the inside of a Salt Lake City fine art gallery — an ironic jab you might expect from an artist who painted a large blocky sneaker and titled it “Cortez.”

Abstraction and simplification of form are ways to get out of the rational so that emotion gets center stage. The techniques Alba uses, including his mark-making and color pairing in “Negro Matapacos,” “Self Portrait,” “801 Protests,” “Skull” and “American Drone,” echo artists like Henri Matisse and Georges Braque, who were labeled les Fauves or “the wild beasts.” “My process is quick and intuitive,” Alba says. “Through art I am able to communicate directly, sidestepping any possible restrictions from language. I paint my experience, what I see.” His color choice, much like the Fauves, digs into the subconscious. “Ojos y Guantes” features a large pair of bright red boxing gloves, attracting visitors to the gallery like the flags bullfighters wave. 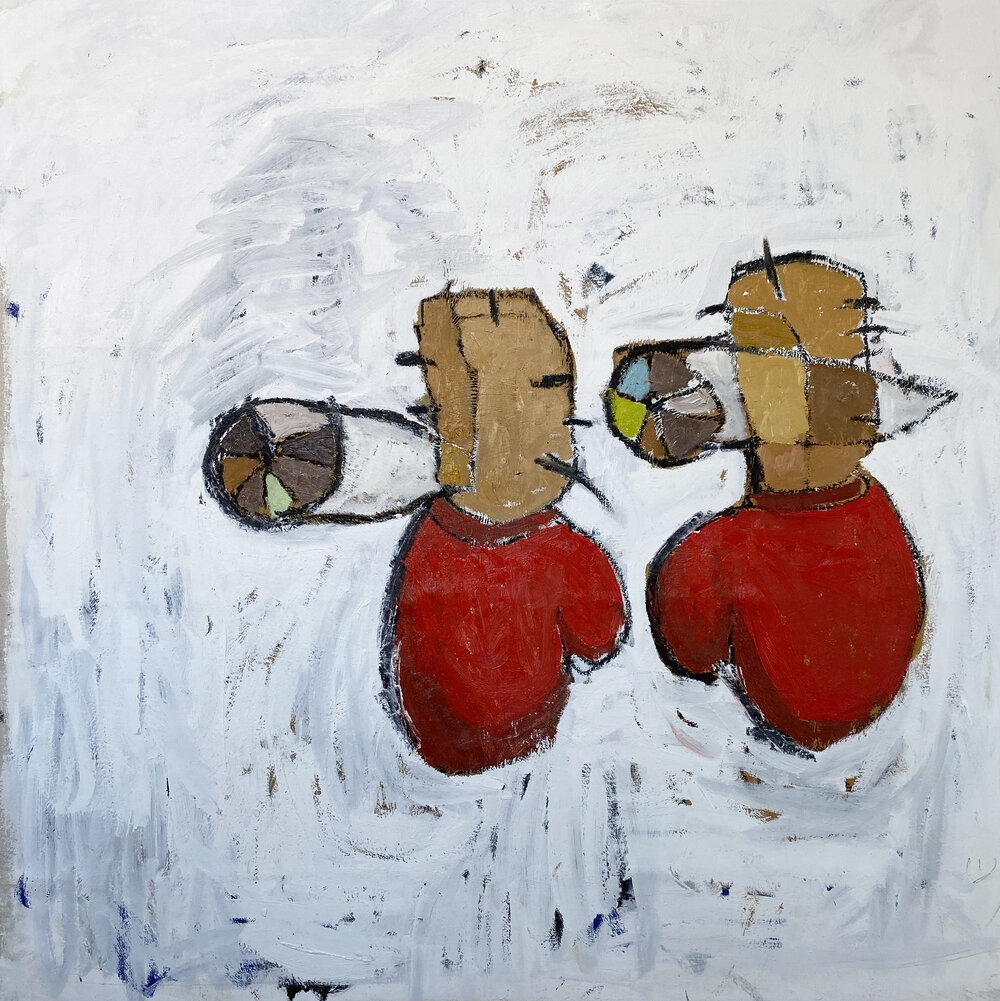 Alba’s own “Bull,” a mixed media sculpture, brings pieces of reclaimed construction materials together in a carefully balanced skeleton, covered by a piece of cloth layered with oil paint to depict the head of a bull facing the viewer. “Many of the works on canvas are created on repurposed drop cloths from construction job sites that I have worked on,” Alba explains. “The sculptures are made with reclaimed lumber and drywall plaster that have been left behind … From this practice, I am able to reference the continual and unacknowledged back-breaking labor experienced by millions.” 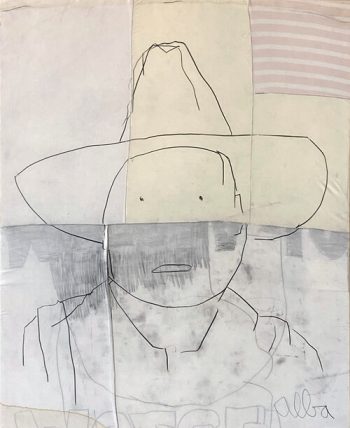 “Migrant Worker” is also made with reclaimed fabric from a construction site, the blank face under a sombrero all outlined with charcoal. The mark-making in this work has the deft, intentional quality that takes the steadiest of hands to pull off, especially as Alba approaches the charged topic of migration, which has sparked the most violent rhetoric and political behavior the country has seen in decades, but that is not at all new. Alba says, “It’s impossible to overlook the slavery, genocide and oppression embedded in the nation’s history.”

Modern West’s curation of American Soup, and the large crowd at the opening despite the COVID environment, shows the Salt Lake City art scene is dialing into communities that have been traditionally pushed to the margins of society and  have had their voices muted. By amplifying artists who are exploring their roots through visual art, an important zone of multicultural communication is opening up. Alba portrays multicultural power and caste dynamics he’s caught in the middle of with nuance, straight from the horse’s mouth. As a descendant of Mexican migrant workers and a construction worker himself, Alba tells stories still foreign to the mainstream Salt Lake City art community and pushes his audience, both young and old, to understand their world from multiple angles and listen to their guts.