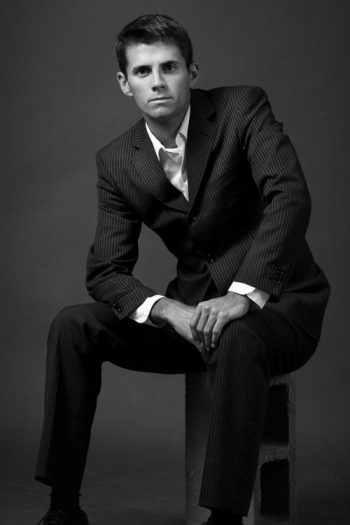 Chad Cannon, who has degrees from Harvard and Juillliard, grew up in Salt Lake City.

It is sometimes difficult to imagine that at one point, every monumental contribution to the arts was once new: unheard, unsung, unseen. The initial reception of works that are now considered part of the canon, has little to do with how the works are ultimately remembered. For example, the premiere of Stravinsky’s “Rite of Spring” was met with uproar from its scandalized audience and Duchamp’s “Fountain” was refused acceptance by the newly established Society of Independent Artists. Eccentric as composers and artists of the 20th-century have been, their determination to redefine the boundaries of their mediums gave way to new expression and an expansion of the canon. Although less controversial but nonetheless bold in the form and subject matter of his work, Utah native Chad Cannon has managed to confront and explore themes of natural disaster, political calamity, and economic fragility through a multimedia collaboration of art, poetry, and music. A provocative amalgamation of sound, sight, and syntax, Cannon’s “The Dreams of a Sleeping World” allows audiences multiple routes through which to navigate the challenges of our modern world.

It is evident that Cannon’s training and experience as a film score composer is a foundational influence for this project. Unlike the premieres of Stravinsky and Duchamp, Cannon’s debut film scores have received global recognition. Primarily scored for documentary works, his music seeks to enhance the telling of true stories of humanity through a distinctive American-Asian contemporary style. His interest in the intersection of cultures and history began early when he lived in Japan as a missionary for The Church of Jesus Christ of Latter-day Saints. This immersive experience with the language and the people led him later to volunteer with several charity and humanitarian organizations to serve throughout various parts of Asia. Through these experiences, Cannon developed profound empathy for tragedy and the human experience, which ultimately led him to found the Asia/America New Music Institute and pursue projects such as “The Dreams of a Sleeping World.” His mission to promote cultural diplomacy through contemporary concert music is thoroughly accomplished this through his filmic presentation of image, sound, and text.

“The Dreams of a Sleeping World” consists of three parts, Cannon’s original composition being the first and foremost. It is an hourlong, ten-movement orchestral and choral work which was recorded by the Hollywood Studio Symphony, conducted by Vladimir Kulenovic. Each musical section is based off a selected painting by the Japanese-Brazilian artist Oscar Oiwa who, like Cannon, seeks to make people aware of human catastrophe — in Oiwa’s case through large-scale, global paintings. After paying the artist a visit in his studio in New York, Cannon combed through Oiwa’s entire oeuvre and narrowed it down to a select few paintings he wanted to display and work off for his contemporary music. Grouped thematically, the first five paintings and corresponding compositions are depictions of the sea; the last five are of the land. Nine of the ten works are further tied together by the careful inclusion of poetry that comments on the visual elements and lends meaning to the aural. The included text, which is sung by the choir and displayed on a screen over slow pan details of the image while the music unfolds, was written by poets who had experienced natural disasters and their effects firsthand throughout Asia and America: Wago Ryoichi, Yuyutsu Sharma, Martha Serpas and Rabindranath Tagore, among others. The poignant intersection between music, poetry, and art is brought into perfect balance by Cannon’s slow panning camera movement and detailed zooms. This gently forces the viewer to spend more time looking at specific parts of the work of art and allows viewers to notice details that they may have otherwise glossed over in a more traditional display setting. It is an immersive artistic experience at every level.

A criticism of such multimedia works, especially those in which the focal element is meant to be musical, is that the visual sense will immediately dominate while the other senses fade into nothing more than an accompaniment. Generally, this is how music and image are meant to work together. According to Cannon, in a traditional film setting, “The best film scores are the ones you don’t even notice.” This is appropriate when the role of the music is to provide a backdrop for the actors, special effects, and screenwriting of a Hollywood blockbuster. But “The Dreams of the Sleeping World” is completely different in its purpose and presentation. Cannon navigates this challenge exceptionally well. For example, in movement VII, “The Light from the Forest” (one of the more hopeful and upbeat of the ten), Cannon features a Native American piccolo solo in order to express themes of individualism and highlight the beauty of the natural environment. This is the only movement in the entire collective work that does not include the text of a poem. The absence of the choir is already enough to signal to the audience an emphasis on the instrumental music. However, Cannon takes this a step further and, toward the end of the piece, initiates a gradual fade out of the visual before the music has concluded. The viewers, after having had the visual image in front of them for the past several minutes, are confronted with a black abyss while the final notes of the piccolo emerge from the darkness and finish in total visual silence. The contrast between the stimulation of the senses from the previous movements and the narrowing down of them, first by a temporary removal of the text at the beginning of the seventh movement, and then the omission of the visual by the end of that particular piece, creates a tremendous amount of focus on the music that otherwise would have gone unnoticed. 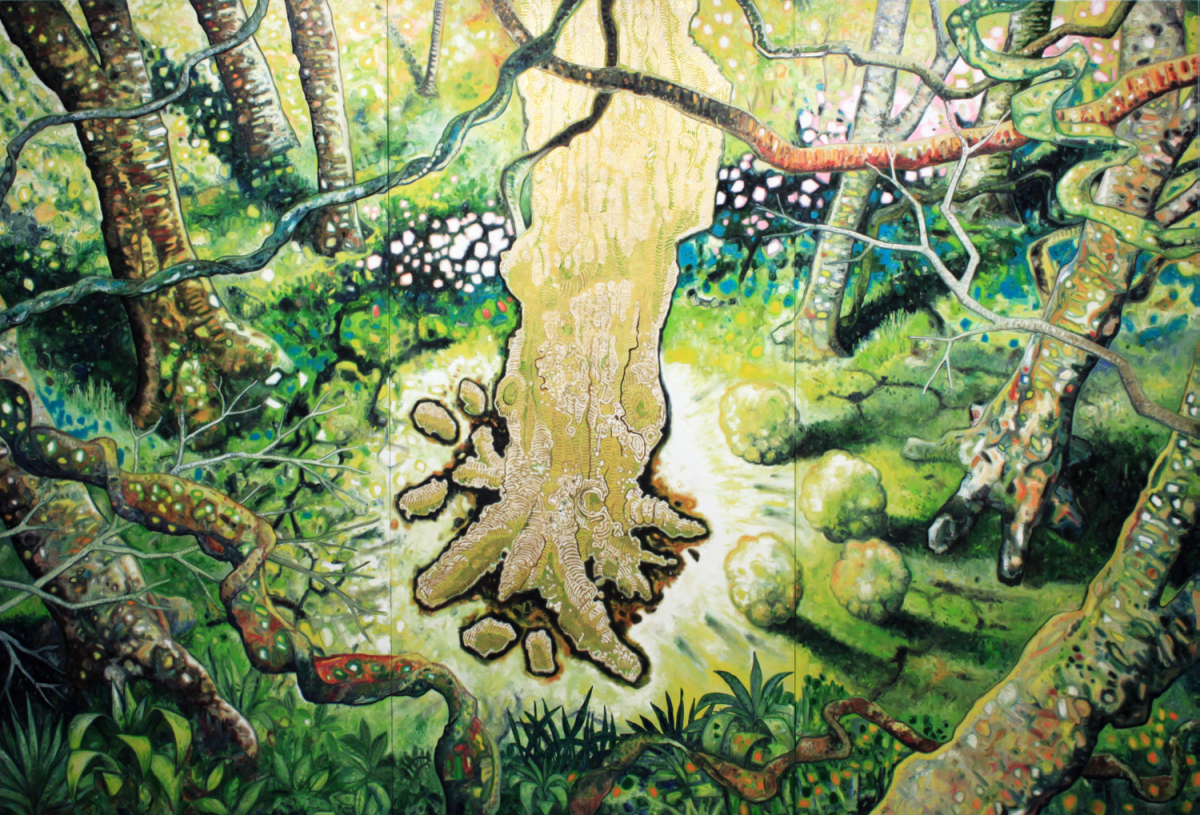 Cannon’s understanding of the balance between these mediums as well as how they impact the senses is truly masterful. This, as well as his tenacity for collaboration is to be commended; a work like this would not have been possible without a willingness to incorporate and respect the ideas of others and their distinctive art forms. While Cannon’s composition is palatable by new music standards, it is further made accessible to audiences through its inclusion of art and poetry. To combine forms in this way is not a new idea — new music groups like Hexnut have undertaken similar presentations in an effort to reach audiences — however, Cannon’s work is particularly well-thought-out and provides others hoping to inspire change through contemporary music with an innovative model of how to package it.

Chad Cannon’s “The Dreams of a Sleeping World” was screened at the Salt Lake City Public Library Auditorium May 20. The recording is available through Tōrō Records.