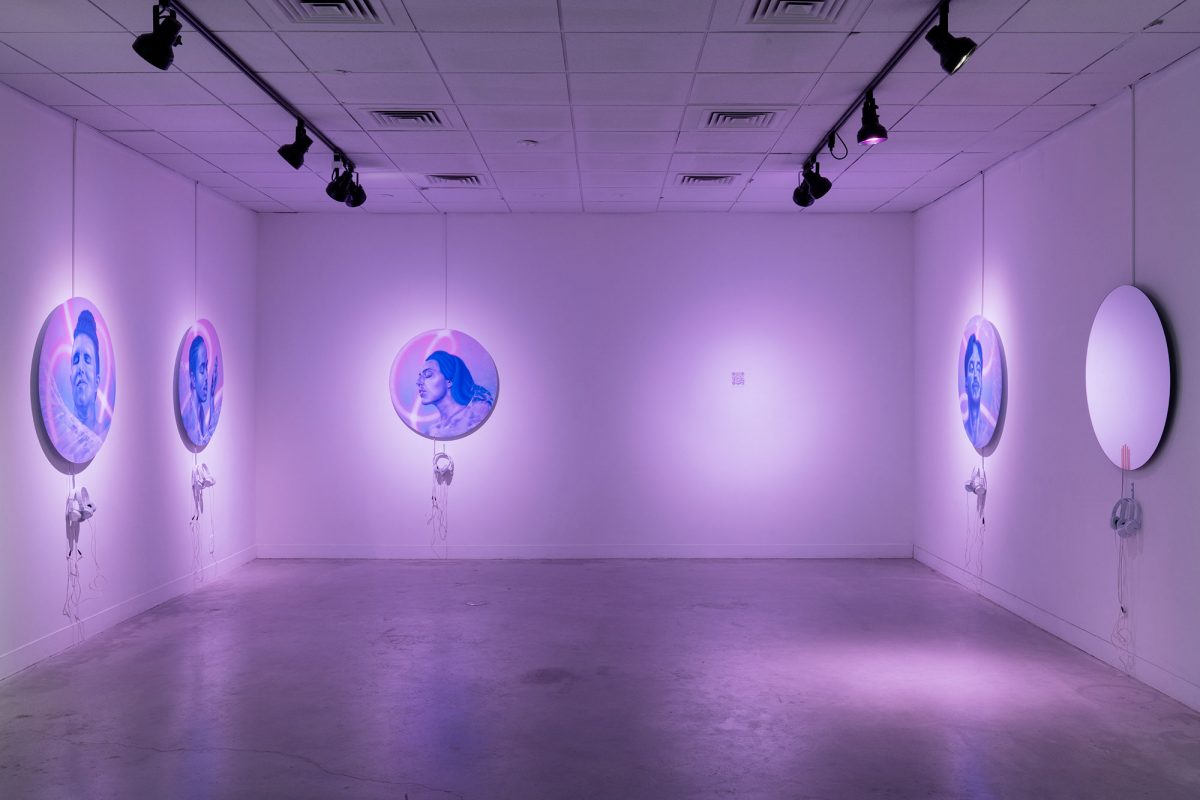 Sometimes it seems like the current desire to make art a tool of political activism and social change is threatening to displace its fundamental virtues. If a gallery show asks us to put on headphones and listen to anonymous speakers talking about their lives, does it augment a visual experience, or replace it?

Fortunately, the Mexican born artist Lilly Agar, whose project A Hug Away, now installed at UMOCA, is built around interviews with LGBTQ+ Salt Lake persons of various genders, has taken steps to make sure what could have been a mere social document is instead a rather richer-than-expected visual experience. Vision, after all, is the most recently evolved, most glamorous of our five senses, but wonderful as it is, lacks the evocative power of the other four. Think of that song you fell in love to that still gives you shivers, or the soundtrack of that favorite film. Think of a flavor that takes you back to when your mother (or father) fed you your grandmother’s favorite dish. Vision, on the other hand requires — and rewards — help to do its utmost. That’s why we have art.

On entering the gallery, A Hug Away looks fairly simple. Five large disks proceed around the three walls, four of which sport larger-than-life, expressive portraits. The fifth is a mirror. It’s not necessary to know this, but the four head shots are essentially tondos, or tondi in Italian, in which language rotondo means round. A tondo can be either a bas relief sculpture or a painting. (Trivia: all round sculpted reliefs are tondos, but only rather large, round paintings are called that. More trivia: the only completed panel painting by Michelangelo is the Doni Tondo.) Agar has substantially upgraded her tondos with some sophisticated technology, including the headsets hinted at earlier, but also proximity sensors that bring them to life when a body part such as a hand comes within two inches of their lower limbs (the edge of a circle such as the moon). In addition to starting the voice tapes, lights come on behind the rim, so that the disk appears to float off the wall. We see this in the wheel wells of fine, custom cars, and it speaks to the cultural liberation from class rules that it looks as good and works as well in an art show.

The intention of the sound system is that, by waving a hand close to one of three places, one can hear what is presumably the person portrayed tell their story, whether past, present or hoped-for future. It’s not supposed to be necessary to touch the surface, but someone who had brought children to the gallery was rubbing the panels vigorously, which could be a curatorial problem down the road. What most pleased me about the work was that first-person accounts of lives lived on the margins of self-expression often seem full of suffering in solitude. To see the lively faces of Agar’s subjects brought a refreshing new perspective, not unlike meeting these individuals and learning more about their lives than just their struggles — as anyone who does know them will have done.

The fifth disk brings the project full circle, back to the viewer. It’s a mirror, and if it wasn’t apparent before, reminds viewers that these tondos resemble vanity mirrors, such as many people use to do their makeup, or test their clothing. In the mirror, viewers can see how much they have in common with those they’ve just been introduced to. Suddenly, the trivial fact mentioned above about Michelangelo doesn’t seem quite so trivial. Wasn’t he severely repressed, quite possibly a lifelong closeted gay man, living in denial? His legendary suffering takes on new dimensions with the thought.

Lily Agar’s project offers both an insight into what has been, in the past, an often inaccessible community for much of its audience, and, in its title, makes a powerful suggestion as to how a viewer might most usefully think about and engage its members. It also proposes answers to serious questions about social and artistic matters. It asks, for instance, how far art can go in what has become its most challenging direction, which is to not only just comment on, but to intervene in social behavior and attempt to alter not only our attitudes but our behavior. By introducing some technical innovations, it suggests that art can still keep its mojo even as it explores this new approach. While there will be some who will dismiss it, perhaps with the charitable thought that it’s good that those on the margins of society see themselves reflected in the mirror of art, the actual mirror in which they see themselves proffers a far more accurate perspective: that everyone is somewhere on this spectrum, that nothing human is strictly binary, and that, as Lincoln once suggested, malice toward none is the beginning of charity to all. This includes the persons we are inclined to be hardest on: ourselves — whether we see those flaws in the mirror, or project them onto others. 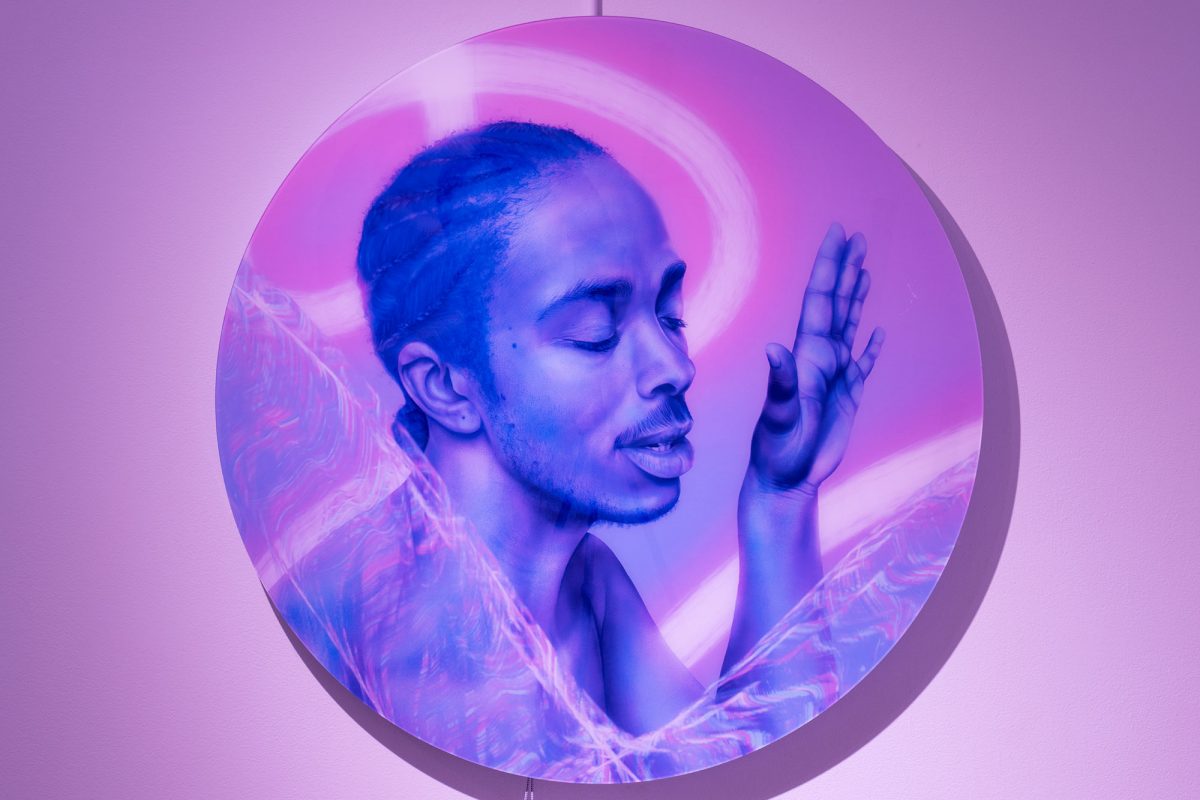