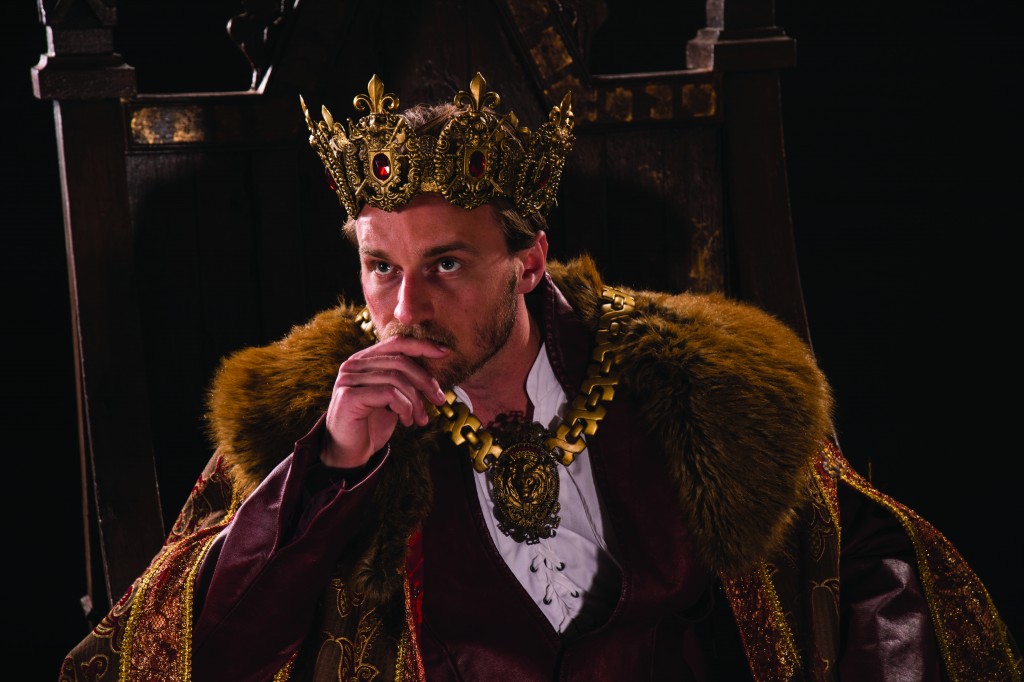 If one felt the need to defend the relevance of Shakespeare in the 21st century, it would be difficult to manufacture better coincidences to do so: on the eve of Utah Shakespeare Festival’s staging of Henry V, a play about public morals and individual responsibility, of the duties owed to the state and those demanded by the soul, former British Prime Minister Tony Blair comes under scathing censure for misleading his country into war, and English nationalism is stirred into a feverish pitch by the Brexit campaign.

These are just coincidences, the timing of Utah Shakespeare Festival’s Henry V was decided years ago, when, as part of their “complete the canon” project, the company began presenting Shakespeare’s history plays in their chronological order (Henry IV Part II came in 2015 and Part I in 2014). But they are relevant to the play. For as we watch King Henry struggle with the difficult moral responsibilities inherent in his crown, and the bloody consequences of his sovereign decisions, as we watch him roam his army’s camp in disguise, debating the causes and responsibilities of war with his foot soldiers, we can’t help but wish that some of the sovereign’s “hard condition,” his knowledge of a “heavy reckoning,” had informed Blair’s decisions in the lead up to the Iraq war (his correspondence with George Bush, revealed in the Chilcot Report, suggests otherwise). Or that, like Henry, Blair and Bush had dedicated their own ransomless bodies to their bloody cause.

The play opens with newly crowned Henry, having cast aside his childish ways and embraced the responsibilities of his throne, looking to his claims on the kingdom of France. But before he will lead his countrymen across the channel, he gathers in council with his nobles and clergy, seeking to reconcile to his conscience and country his bellicose enterprise. In a lengthy and convoluted justification, the Archbishop of Canterbury assures him his reasons for war are legally sound, and even absolves him of responsibility: “The sin upon my head, dread sovereign!” he declares.

Upon whose head the sins of this war will weigh is a question that stalks Henry throughout the play. He skirts the phantom of his old friend Falstaff, who dies offstage of a broken heart (and diseased body), but while in France, in order to maintain military discipline, Henry must condemn to the noose Bardolph, another of his original “band of brothers;” and on the fields of Agincourt, about to realize a glorious victory, he discovers the body of the youngest of his youthful cohorts, Boy — a discovery which spurs the usually restrained and merciful king to a bloody vendetta against the captured French as he shoves his own sword into the throat of one captured knight. War, for Henry, is a personal, physical act, and the image of the king bearing the corpse of the young boy off the stage is one we’re not likely to see from our own leaders.

Henry V is a patriotic play. It captures a bright, if brief, moment in English history, when at Agincourt the vastly outnumbered and weary English defeat the pampered and well armored French cavalry, paving the (bloody) way for the union of English and French crowns in the person of Henry VI. Henry’s famous St. Crispin’s day speech has become the model for patriotic rallying cries ever since, from Mel Gibson’s speech in Braveheart to Bill Pullman’s in Independence Day (the latter, in turn, became a rather silly model for Boris Johnson and Nigel Farage during the Brexit campaign). But the fervor of this dangerously jingoistic patriotism is leveled by Henry’s moral wrestlings.

This is Sam Ashdown’s third year in Cedar City as Harry/Hal/King Henry, and he has grown into the present part, inhabiting his role as the maturing king much more comfortably than he did the louche playboy Hal. He plays this ambiguous role convincingly, his Henry a sincere if troubled ruler: he can be furious and indignant when betrayed by his officers and intimates or quietly disturbed as he silently acquiesces to the execution of his former friend; he can be awkward but playful as a lover, restrained and merciful as a victor, vigorous and inspiring as a leader (one anticipates with some pleasure his appearance as Julius Caesar later this season).

Larry Bull, who played Henry IV in the first two parts of the trilogy, also returns this season, satisfying demands in multiple roles but most importantly as the Chorus. Director Brian Vaughan has him hover about the stage long after his lines are delivered, turning his presence—especially for the audiences who will recognize him as Henry IV—into a ghostly witness. Todd Denning’s Fluellen revives some of the Falstaffian vitality from the first two plays (if without the debauchery). And Eddie Lopez’ spoiled and irresponsible dauphin is a perfect foil for Henry.

The sets, music and lighting are equal to the challenge of this virile play: the stage is festooned with floor to ceiling banners (the English St. George Cross will be more easily recognizable since its use by the Brexit “Leave” camp, which was predominantly English), the battle scenes thunder across the smoky planks, and Bardolph’s execution proves physically poignant. In the most striking piece of stage design (courtesy Scott Davis), a giant wax seal, in bloody red, covers the floor—the upper seats will have a better view of its emblazoned V—reminding audience and characters alike of the responsibility that comes with bearing the royal seal.

Responsibility infuses this play with its electrifying touch, and brings it home to our times. Ensconced in the ease of their power and wealth, politicians frequently treat the world like a mere stage for their strutting and posturing, and many a citizen will second their dangerous endeavors; but as we are reminded far too often, in the real world a heavy reckoning awaits: more than a few protest voters awoke surprised and dismayed after the Brexit vote, and the entire world continues to groan under the reckoning of the Iraq invasion. 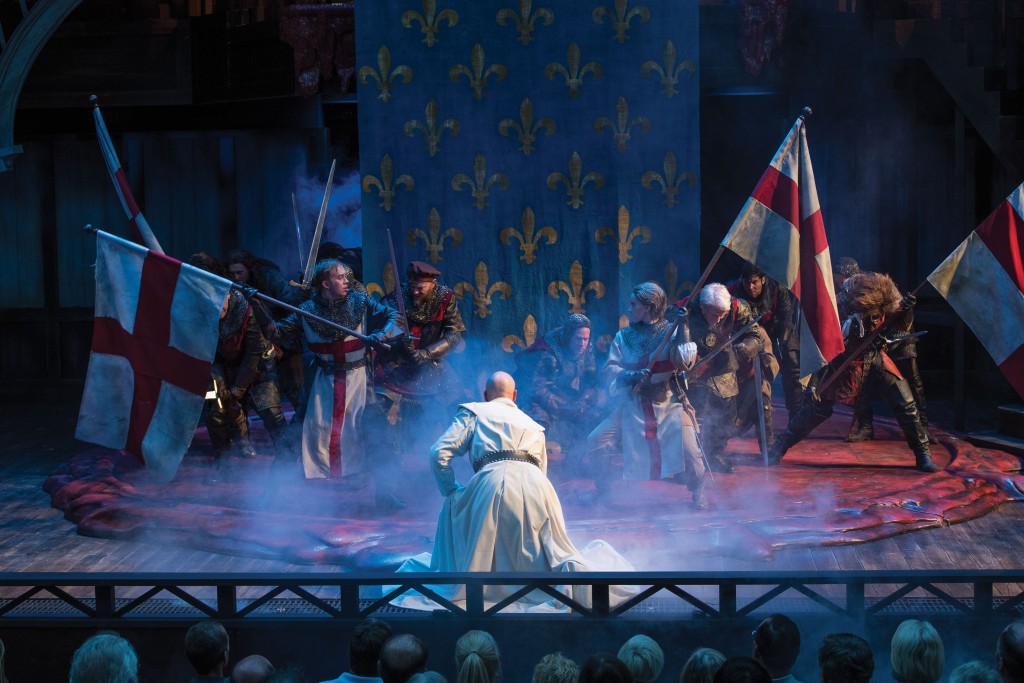 Utah Shakespeare Festival’s Henry V is at the Engelstad Shakespeare Theatre in Cedar City through September 10. For more information and tickets, visit bard.org.