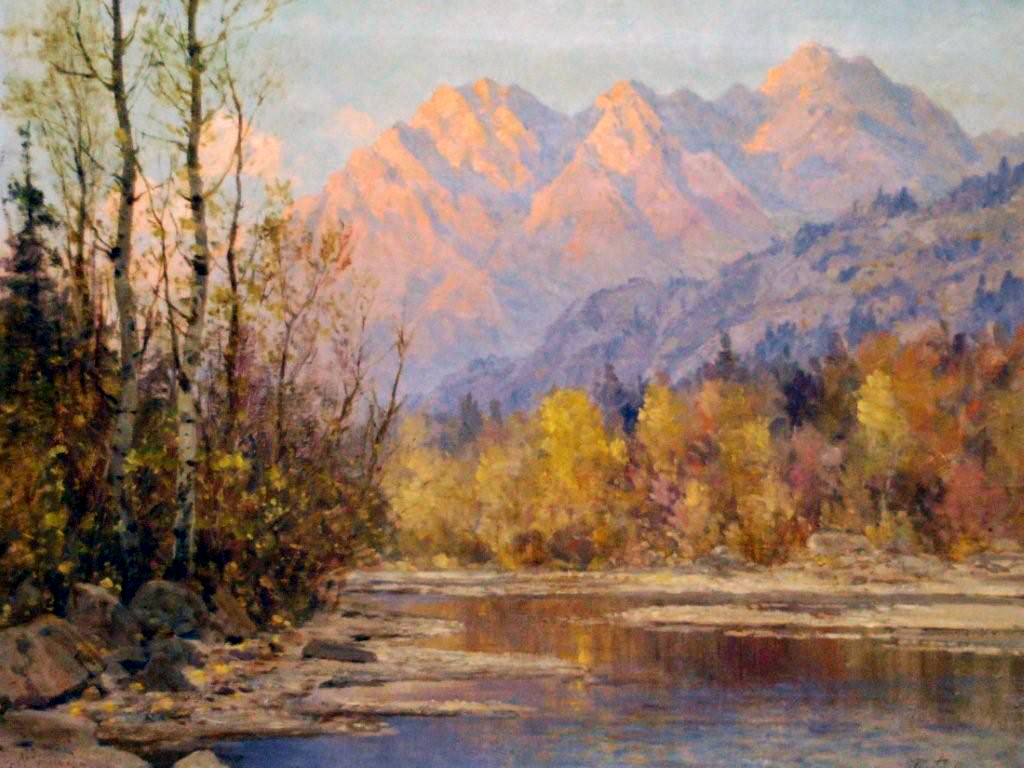 A signature style and a catchy name to put on the signature are helpful when trying to make it as an artist. I can tell when Vladimir Ashkenazy is playing Rachmaninov’s Piano Concerto No. 2 because he does such a superior job. His name, though, doesn’t exactly roll off my American tongue (remind me to tell you about the time Ashkenazy, along with the KGB came to our home in Cottonwood in 1958 to visit with my pianist brother, who had corresponded with him). Then there’s Pablo Picasso. Would his have become a household name if he had stuck with his father’s surname – Ruiz – rather than the alliterative choice of his mother’s Italian surname? Utah artist Paul Fjellboe had enough of a signature style to become well-known, but maybe he’s not a household name in the state because the name he chose for his signature isn’t as easy to say as Stewart, Dixon or Fairbanks. 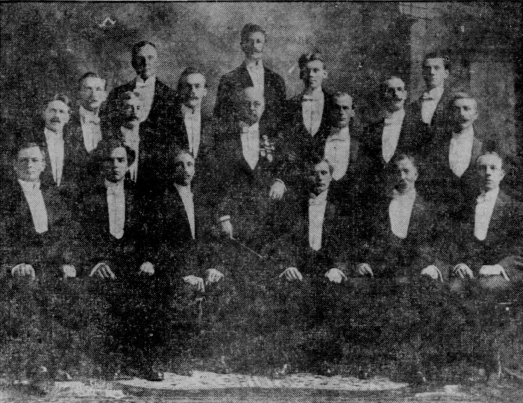 The artist now known as Fjellboe was born Paulmar Thorsten Jansen on August 11, 1873 in Odalen, a county in Norway with rivers and rolling hills, known mostly for its agriculture. His father, Thorsten (or Torsten) had been given the traditional Norwegian surname declaring him the son of Jan. But by the time Thorsten had his own children things were changing and people began to establish surnames, so rather than being called Thorstensen, little Paul and his siblings were given their father’s surname. And Paul Jansen would have been an easy enough name for us to pronounce and maybe he would have become a household name if he hadn’t decided to change it to Fjellboe (say that, “Fyellboe”).

Fjellboe was another in a long line of artists who converted to the Mormon faith and traveled from his homeland in Norway to be with the Saints in Utah. At the turn of the 19th-century his father and at least two siblings – Dorothea and (Ingvald) Daniel — had already moved to Utah. Fjellboe probably stayed behind to take care of the family farm. He finally came over in 1905, still as Paulmar Jansen, with $30 in his pockets. The Arabie, which docked in Boston, was filled with Mormon converts, including Christian Johannesen, father of the world-famous pianist, Grant Johannesen (he came to our house once, too). The immigration authorities in Boston were wary of any riffraff entering the country so they asked all passengers whether they were either of two things: an anarchist or a polygamist (there’s our solution to the terrorist problem – we just need to ask people if they are a terrorist). Paulmar answered no to both. 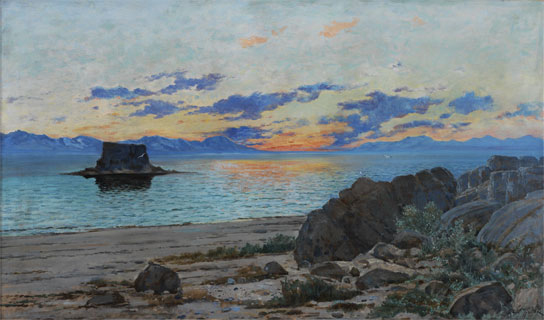 The Jansen family had a talent for music. His brother Daniel was a music teacher at one time, and his sister Dorothea sang in the Ogden Tabernacle Choir. He and his brother joined the Norwegian Male Chorus and Fjellboe even performed as a soloist. By the time a photo of the chorus, including the two brothers, was taken in 1910 (he’s the haughty one with the waxed mustache in the middle row, second from the right), Paul had changed his surname to Fjellboe. Frequently written Fieldbo, the surname is a rare one in Norway (though it does occur in his native Odalen), and we can only guess why he changed it. 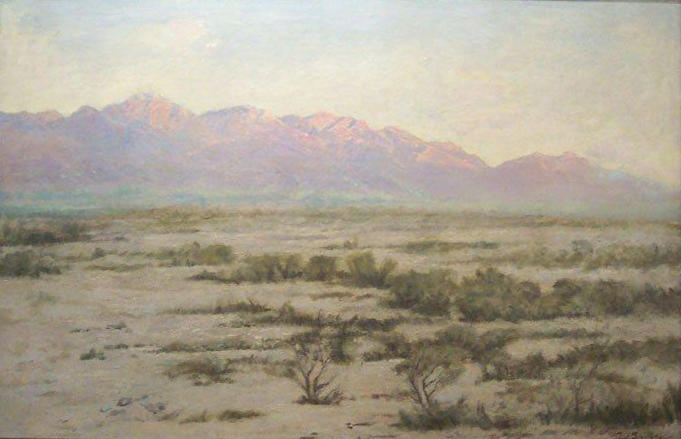 Exactly when Fjellboe turned to painting, and whether or not he studied with anyone, is unknown. He was contemporary with Lee Greene Richards and Mahonri Young, but his first works we know of are only from the 1920s. By that time he was already painting some outstanding pieces, like the Black Rock scene at the Springville Museum of Art, one of his best paintings. Many artists took the short train ride out to Saltair to paint Black Rock, but few went to the much less accessible and more formidable landscape of Skull Valley. I’ve never seen a figurative piece by Fjellboe, but he did on occasion place wildlife into his paintings. 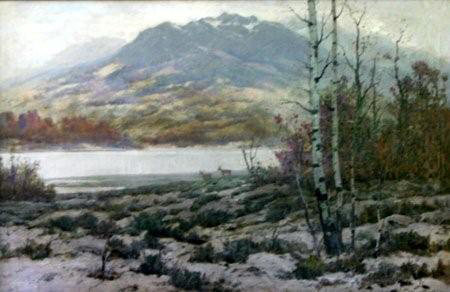 Though he is not one of the better known Utah artists, Fjellboe’s paintings occasionally make their way into the market. The price range for a typical 14 x 18 inch oil on canvas is usually priced in the low to mid $2,000 area. “Typical” in the case of Fjellboe usually meant a composition that included a prominent Wasatch or Uinta peak (or composite), a rocky stream or lake, and trees—usually Quaking Aspens and pines. Fjellboe appeared to enjoy painting the same or very similar terrain in different lights and seasons—not exactly in the same manner as Monet’s Rouen Cathedral or the haystacks, but for a largely self-trained artist, he created very respectable works. The same mountain peak appears in several paintings. 15 Bytes editor Shawn Rossiter suggests they might be scenes of the Weber River and its tributaries, with the backside of Mount Ogden (as seen from Mountain Green) in the background. This would have been less than two miles from Fjellboe’s sister’s home in Burch Creek. 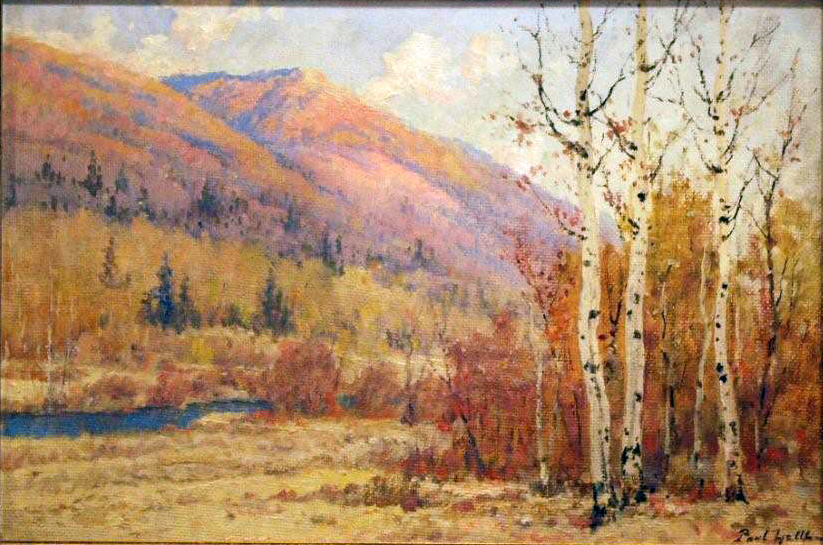 Very little has been documented about Fjellboe, but has that ever stopped me? Several of the usual suspects have reported stories that are quite interesting. Artist Jeanne Denny Hansen reported in a 2006 15 Bytes article about the Hansen collection that her father-in-law had gotten to know the artist. He was a podiatrist whose practice was located in the Judge Building on Third South. Fjellboe either had a gallery or a gallery represented him further north on Main Street. Dr. Hansen had a weakness for fine art and frequently purchased works that were put in the window of the gallery. On several occasions he bought Fjellboe artworks and the two struck up a friendship. Later, Jeanne remarked that she thinks her father-in-law at times traded podiatric services for art. 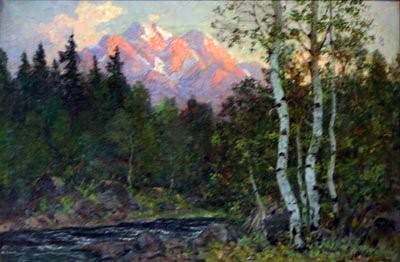 Aaron Moffett, local art procurer, reported that a few years ago, Karen Hagen, a New Jersey resident, contacted him about some Fjellboe paintings that she had inherited. Contacted in New Jersey, Hagen said that the family story is that her somewhat wealthy grandfather, Albert Hagen, commissioned Fjellboe to paint two canvases, both of Lake Muissen, Norway. One was painted with a rowboat and a sailing vessel on the lake. The other contained a corner of the lake but included a dirt road on which Hagen’s grandmother used for walking to school. Hagen was a Norwegian immigrant who converted to Mormonism in Utah. He made his money in Utah’s mining towns in the 1880s and 1890s (as miner and merchant) before setting himself up as a real estate magnate in Salt Lake (he built the old Albert Hotel on West Temple). In 1903 he left on a mission to Norway and returned the next year. Hagen was already fifty by then so his mission might has been as much about visiting the old country he had left in 1881 as it was about spreading the word. It might have been then that he commissioned Fjellboe to paint his ancestral home, in which case it was probably that money that enabled Fjellboe to immigrate. 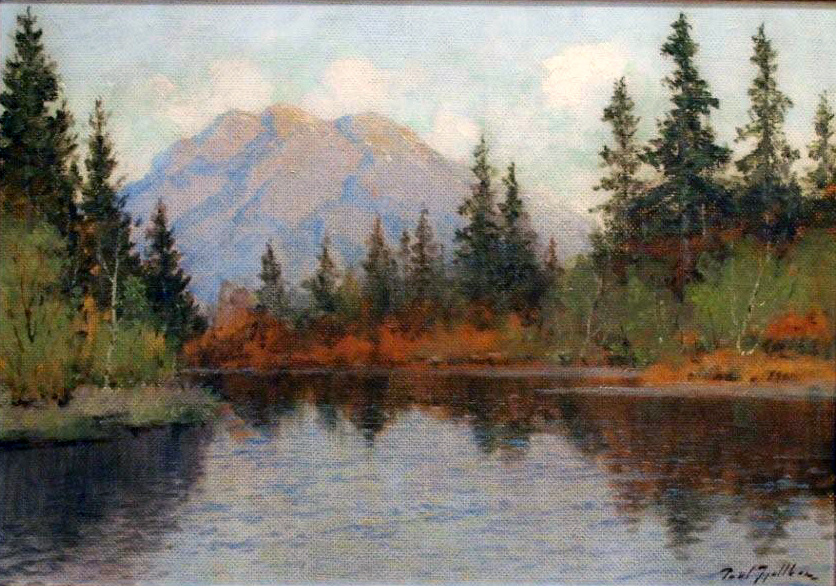 The Utah Arts Council cites Robert Olpin’s Dictionary of Utah Art in reporting on Fjellboe. “He was known to have maintained his career as an artist by trading paintings for his debts as in the large painting ‘Creekside,’ now in the State Fine Art Collection.” Clayton Williams suggests that Fjellboe developed a problem with alcohol and often left paintings with several Salt Lake merchants for small amounts of money, promising to redeem them. Many times, the recipients were the beneficiaries when the debts went unpaid. Clayt’s not the only one who has suggested that Fjellboe had a drinking problem — which would help explain his financial troubles (though many sober artists have known those too), and his need for a podiatrist (gout?). It may also be why, as far as we know, he never married or had children. If he did have a problem with the bottle, it didn’t kill him quickly. When he died on June 9, 1948, he was already in his seventies. He was living at the Upland Hotel on 1st South, which by that time was a flop house. His terse obituary – “Paul Fjellboe . . a surgical patient at a Salt Lake hospital, died Wednesday at 10:50p.m” suggests he was not remembered by family members (his brother and sister and several nieces and nephews were still alive) or by the art community. 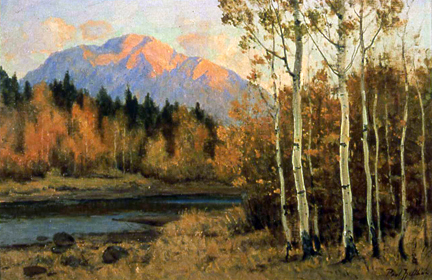 If you have any information regarding Paul Fjellboe, or would like to share images of his work with our readers, email us at editor@artistsofutah.org. Tom Alder’s upcoming subjects include father and son artists Cornelius and Paul Salisbury.