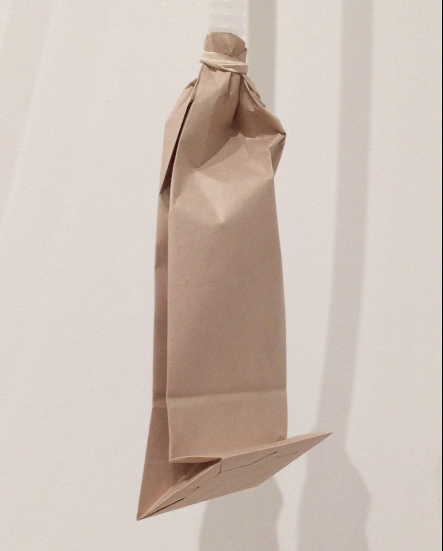 “I first saw Rafael Lozano-Hemmer’s work “Last Breath” at the San Francisco Museum of Art,” Jacobs says. “It is a portrait of the American composer Pauline Oliveros created using — what could be called — an artificial respirator that, through a long tube, inflates and deflates a paper bag at the rate of normal human respiration. The machine is accompanied by a brief video of Oliversos breathing once into a paper bag.”

“There are many things I like about Lozano-Hemmer’s work: the scale, the immersive quality, and the seductive accessibility. But more importantly, I enjoy the poetic nature of the work. In “Last Breath,” I see a reference to a song, an artform shaped by a breath. The breath, an enduring symbol of life, is embodied in a machine that is an artform. “Last Breath,” like other works by Lozano-Hemmer, is engaging and it fosters conversations about our relationship with technology and ephemerality. I love its richness, its absurdity, and its dark humor.” 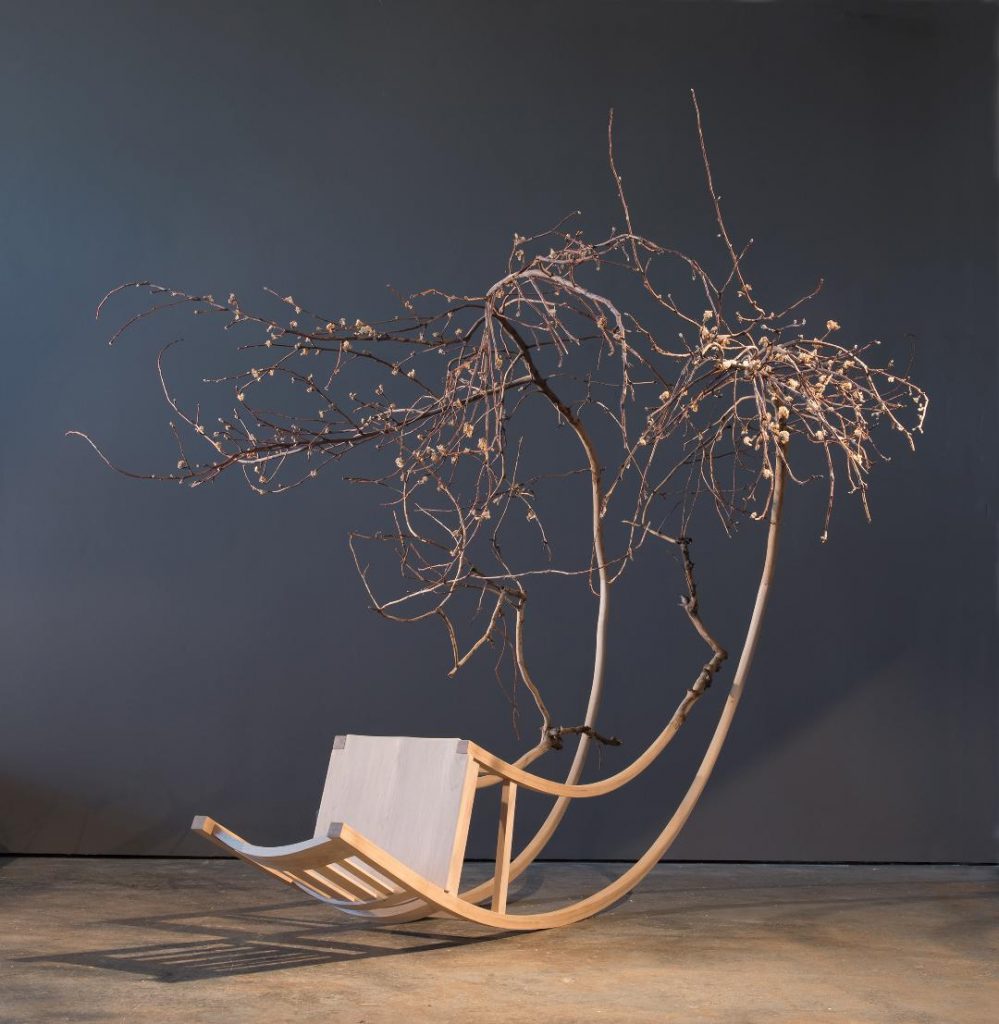 The poetic elements Jacobs cites in Lozano-Hemmer’s work can be found in his own. Laura Addison, curator of North American and European folk art at the Museum of International Folk Art in Santa Fe, says:

Jacobs’ sculptures disrupt. At first, there is a certain whimsy and wonder to the works. Is that toppled chair metamorphosing into a tree? Or, how is it possible for wood to transmute into hair? Slowly, the disjuncture inherent in the object unsettles our sense of the “natural” order of things. Jacobs calls these transitions “grafting,” a decidedly scientific term that reveals an uncanny, even grotesque, insinuation of the works. How did such an anomaly as this object come to be? The answer, the artist tells us through his sculptures, is that modern society has had an unnatural impact on the natural environment.

Jacobs has taken advantage of the amount of time he can spend in the studio since retiring from teaching in 2015, participating in muliple shows, including the remarkable The Imperfections That Render Us Visible at Park City’s Kimball Art Center last fall. He was also the recipient of a Utah Visual Arts Fellowship in 2019.