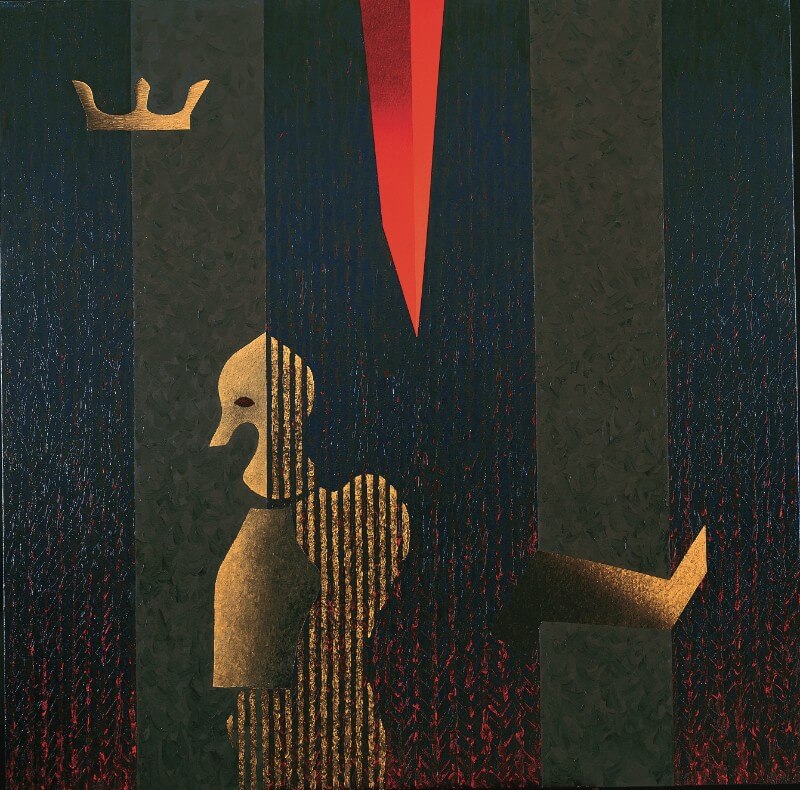 We know him — if we know him at all — as the creator of “Metaphor: The Tree of Utah,” the 87-foot tall sculpture that surprises travelers driving through the Bonneville Salt Flats along Utah’s I-80. But Karl Momen is more than this one-hit wonder (or miss — people tend to mock or ignore the piece; few love it; not like they love “Spiral Jetty” or “Sun Tunnels”). Momen has had a long and fruitful career. He grew up in Mashad, Iran, where he was influenced equally by Persian miniatures and the abstract patterns in the rugs his father sold; he was a bit of a child prodigy, commissioned to paint portraits of both Stalin and the Shah while still in his teens; he went to Germany to study, where he was influenced by the Bauhaus and Surrealism, then to Sweden for what was meant to be a short-term architectural project but ended up becoming a career (and a nationality — he took Swedish citizenship). He walked away from his architectural practice after a decade to devote himself to painting and sculpture.

In the late nineties, Momen was inspired to create two related suites of work, one dedicated to Shakespeare and one to Wagner, which he later published together in a book. The “Homage to William Shakespeare” suite is currently on exhibit at the Southern Utah Museum of Art, an appropriate venue considering the opening of the Utah Shakespeare Festival this month. The eight works are all the same size (67” x 67”), medium (oil on canvas) and palette (grays, blue and browns, with striking red accents). They also use a similar visual vocabulary: an undefined background space divided by two strong verticals — sometimes accented to look like columns — and floating near these symbolic attributes to identify characters — a tartan for Macbeth, a laurel crown for Julius Caesar. It’s a vocabulary — strongly by the ideas of the Constructivists — used in his paintings and also related to his sculpture: look at the span of his work and the strong vertical and suspended spheres of “Metaphor: Tree of Utah” begin to look familiar.

With a strong family resemblance throughout the works and enough unique elements to identify an individual play, Momen’s visual strategy in “Homage to William Shakespeare” would work great as a branding campaign for a troupe looking to design playbills for a season. It would have to be a season devoted to tragedies and history plays, however: all the works referenced are bloody, hence the flash of red that appears in each. Slipping Love’s Labour Lost or A Midsummer Night’s Dream into the campaign might prove difficult.

As a contemplative work of art, the suite is less successful. Tucked as they are in the back of SUMA’s exhibition space with inadequate space or lighting, the paintings are done no favors, but one imagines they would not impress a great deal more under better conditions. They don’t seem to say anything specific about a given play. They identify without revealing. When an artist develops an individual style, it usually is very good at doing certain things; but it cannot say or express all things, no matter how important or inspiring the subject might be. Momen’s exhibit is up during this year’s festival, and the museum is free, so worth a visit. But your insights into the plays will have to come from attending them. 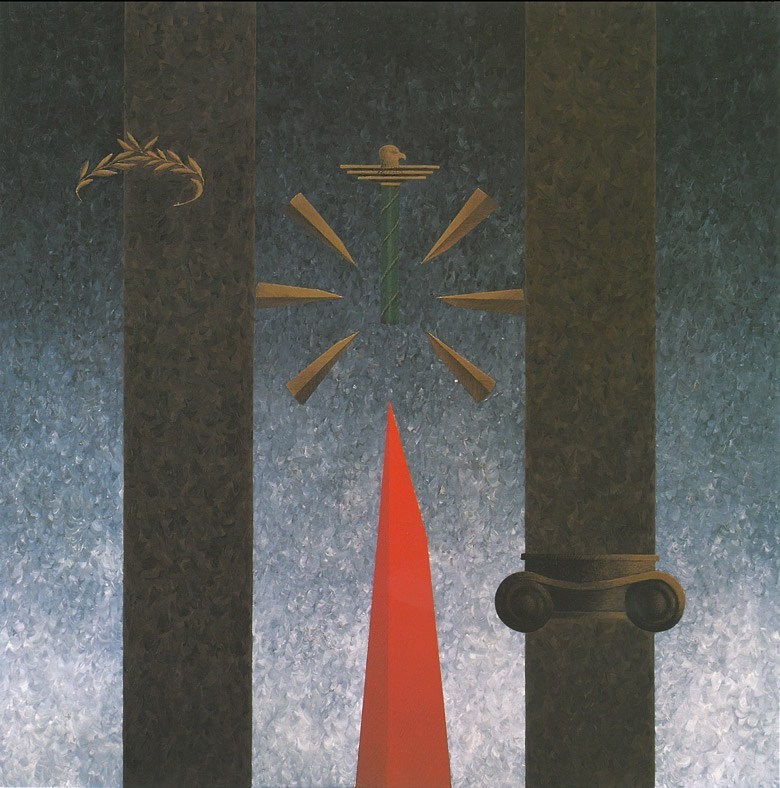