When Bill Whitaker died earlier this year, he left behind an impressive roster of talented and accomplished artists he had help to come into their own. Casey Childs is one of them. The Wyoming native studied formally at Northwest College in Powell, Wyoming and Brigham Young University, but he says his most important work was done after graduation with Whitaker.

Childs has built a growing reputation for his figurative and portrait work. His work has been featured in many publications including American Art Collector Magazine, International Artist Magazine, and Southwest Art Magazine. He has earned numerous awards including many from the Portrait Society of America’s International Portrait Competition: First Place Drawing, 2015, Second Place Oil Painting in 2018 and 2016, and Third Place Oil Painting in 2017); and he was recently honored with the MEAM museum Purchase Award and Springville Museum of Art Exhibition Award in the 13th International Art Renewal Center Salon Competition.
His best moment of 2018, however, was when he received the Gold Medal Award from the Oil Painters of America’s 26th National Juried Exhibition. It’s a very prestigious award, but to make it better, Childs says he had the opportunity to speak to Whitaker that evening. “It was surreal.”
See more of the artist’s work at caseychilds.com. 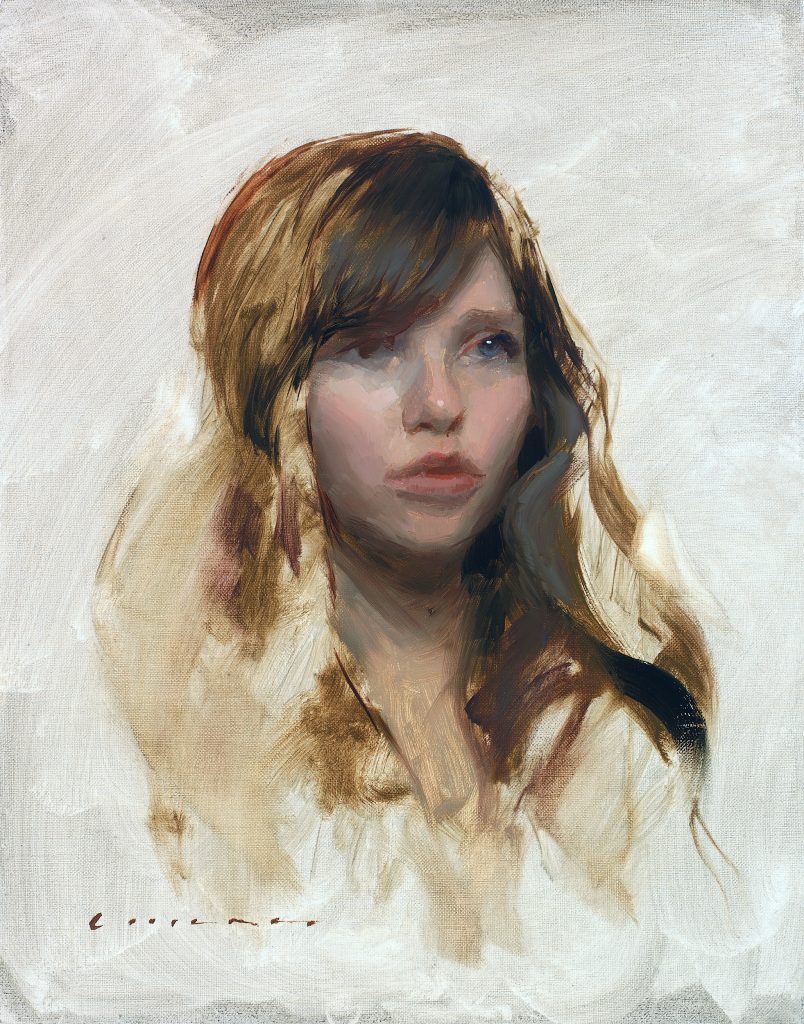 “Portrait of a Girl” by Casey Childs.