Yours if You Want It: John Vehar’s Artistic Scavenger Hunts 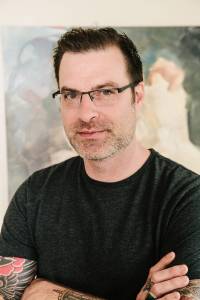 For the next several months, Salt Lake City artist John Vehar is giving away his work in a series of artistic, single-item scavenger hunts. Karmic, too. “For every dollar I take,” he writes on Facebook, “I’m going to give one back. . . . Every month or two, weather permitting, I’m going to place a piece of artwork somewhere in the city. It’s yours for the taking, you own it.” And the hunt is worth your while: a 48” x 48” painting sells for $6,000 at Modern West Fine Art, which represents Vehar in Salt Lake City. Gallery owner Diane Stewart, contacted in Paris, estimates a drawing would sell for $2,000.

The idea is that he posts what and where it is – could be an animal, work on paper, political or conceptual piece (most corresponding to a painting that matches). These are, he says, “mirror images of the same thing. I am giving those images to people who also mirror each other, standing on opposite sides of the art world.”

The only catch, writes Vehar, “is that I will be posting only to my professional Facebook page, so you’ll have to ‘like’ it and follow me to get the work. I’m doing this for the lovers of art who can’t always afford it.” Here is the link: https://m.facebook.com/The-Art-of-J-Vehar-Evanoff-2096105…/…

The artist places the work, tells you where to look, and all you have to do is go and get it. Of course you first have to find it, and therein lies the rub, so to speak.

That was evident on June 3, a very hot Friday afternoon, when he wrapped a lovely 53” x 46” sketch of a horse (most everyone was hoping for a Vehar horse) around a small tree on the north side of Liberty Park. (Initially he had it in a tube tied with ribbons, but realized it might be perceived as a bomb, so unwrapped it, placing it naked around the tree.) He posted a photo of the drawing (charcoal and spray paint on ram board), the painting that resulted, two photos of the location and a framing suggestion (sandwich between two large pieces of glass). People hunted but didn’t find it. Vehar drove by his tree and assured everyone the drawing was still there. Some returned and hunted again, and Jillian Stanford found it, Vehar reports.

“My intention was to say thank you to all the people who came out to support my work and she is one of them,” he says. “I can’t give back to everybody. And I can’t devalue my work. But you give away part of yourself to say thanks for the privilege and opportunity. There’s a particular audience that enjoys what I do. I believe they are going to go out and find these pieces.”

And there’s another benefit, he adds: “If I can use social media to get people to leave social media and take a walk in the park, that’s great.” 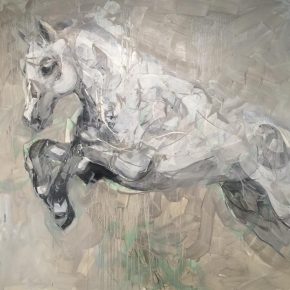 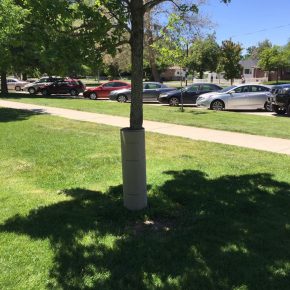 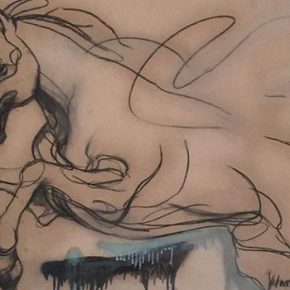