Three statewide exhibitions are hanging along the Wasatch Front this month: the Utah Arts Council’s Statewide Annual (Painting and Sculpture), the UVSC Woodbury Gallery’s Statewide Open and the Bountiful Davis’ Statewide Competition. Step into any of your neighborhood statewides and you will see, in some respects, the same show: a diverse group of works ranging in media, subject and style. But you might not see any of the same artists, and in each you will see an individual vision of the state of the arts in Utah.

All three shows propose to be a statewide representation of artists working in Utah. Yet, each of these shows is created not only by the Utah artists that participate but by the parameters that constitute the exhibitions: the juror(s), the venue, the geographical location, the reputation of the exhibit, and even the cost of entry. Unfortunately, it is impossible to assess to what extent these factors determined the outcome of the exhibitions. Which artists entered which exhibitions? We know who got in, but who entered and didn’t? Who entered one exhibit but not another? And what did the jurors have for lunch that day? All these may have helped create the three shows I stopped in to see during the past couple of weeks. 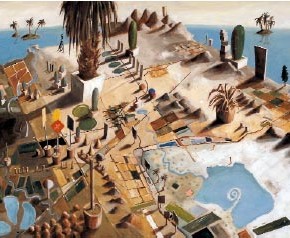 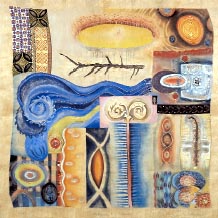 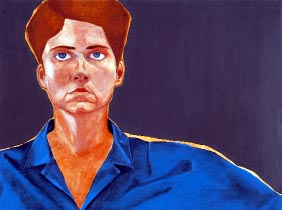 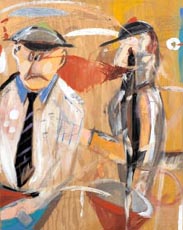 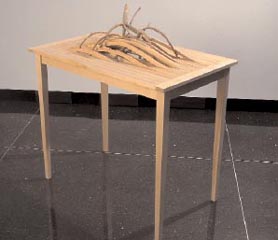 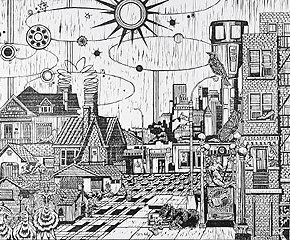 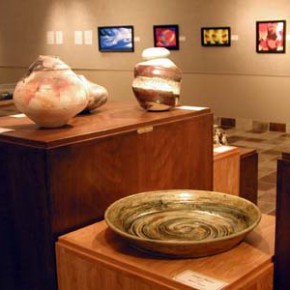 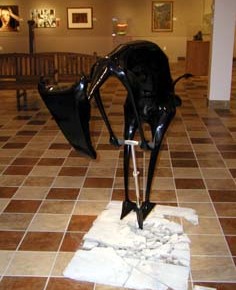 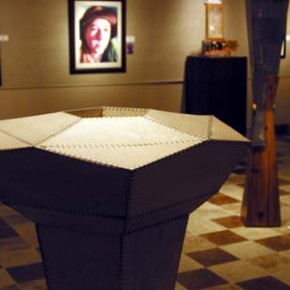 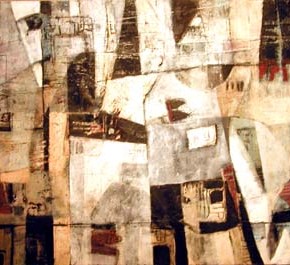 First Stop: The Utah Arts Council annual show always seems to have a more “contemporary art” vision of Utah’s art world than one might expect from browsing the galleries and exhibits around the state. I think there are many artists who are not represented by galleries or who do not attempt to be, who enter these exhibitions every year as a way to tell their peers what they are up to. A look around the exhibit, fifty-six pieces in the relatively new gallery space at WSU, and I see some pieces by well-known artists. But the majority were lesser known to me.

The basic subject matters and styles are all present here, as well as in the other two exhibits: figurative work; landscapes; still-lifes; non-objective pieces; pop-art; realism; impressionism; expressionism.

But what does the show say specifically about Utah art? When many, in and outside of the state, think of Utah art they think of landscapes. Landscapes are present in this show but certainly not in proportion to the number of painters out there. And some are barely landscapes: a piece by Steve Larson is mostly sky, with a billboard in the bottom; there’s an oil by Mark England (1), who is now developing his arial perspective drawings in a painting medium, but this is hardly what we mean by landscape. Three pieces by Joey Behrens take England’s persepective even further up so that her paintings are quiltlike patterns, which makes the pieces closer to the work of Nancy Steele-Makasci (2) than to the landscape by Clay Wagstaff.

Behrens was not the only artist to get multiple pieces juried in. Allan Ludwig had three large non-objective pieces juried in, which is odd considering how few pieces overall were selected. But these three pieces — each complimenting each other as the same bubble-gum pink slithers across an avocado surface — fit nicely into the “conversation” theme that interested the jurors (see article to the right).

The figurative work ranges from a renaissance style portrait by Galina Perova, to the hyper realstic Richard II by Justin Taylor; and from the pop, stylized Self-box by Ashley Knudsen (3) to the art brut painting by Darryl Erdmann entitled A Conversaton with a Prominent Clergyman. (4)

One of my favorite pieces, by Jim Jacobs (5), is a gorgeous maple table being torn apart by an organic mulberry branch — a wonderful “conversation” between the wild and the man-made.

Stop Two: Moving southward from Ogden is the Bountiful Davis Art Center, a quick drive from Salt Lake and very accessible to the artists of Davis and Weber County. Glen Richards, the Traveling Exhibition Program Coordinator for the Utah Arts Council, was the juror. Though he is certainly familiar with the type of work juried into the UAC shows, his selections for the BDAC have their own feel.

With over 100 pieces, the BDAC had the greatest number of pieces, and as such probably showed the greatest representation of what is going on around the state. Here are a number of pieces by people who you might see exhibiting frequently, such as Willamarie Huelskamp and Pilar Pobil. Darryl Erdmann won a second place here and was one of only three artists to appear in two of the statewides. Adrian Van Suchtelen won the first place award for his piece. But I think the best triumph was Stefanie Dykes’ award (6), because she took what is sometimes seen as a lesser medium, printmaking, and beat out a number of painters and sculptors. Her classically inspired woodcuts can be both beautiful and whimsical, and have so much detail and depth that you forget she is only working in black and white.

Dykes was not the only printmaker; a number of works experimented with printing processes as well as cut paper and non-traditional materials. An unavoidable piece in this exhibition, is the life-size, power-packed, metal-coil, torpedo-breasted Marie, by Brigham City artist, Julie Lucus.

Stop Three: The UVSC’s Bevery Beesley Woodbury Open, in its second year, is the newest of the trio. Consequently, the number of entries might have been less. Or possibly just different. I suspect that a number of artists south of the State Prison who normally don’t make the trek north for exhibitions, took advantage of UVSC’s proximity.

The UVSC show features the work Dennis Zupan and Sherron Hill (7) in addition to an open call for entries. This statewide exhibition provided more three-dimensional work than in any of the other two (though in all three it was often the three-dimensional that was the most interesting). Adam Bradshaw (8) won an award for their piece of a demon figure — which struck me as the possible icon for some upstart web company — jumping on a pogo stick and breaking a slab of concrete. It’s part ad gimic, part installation; it made me chuckle; which made me wary at first — it wasn’t seeeerious enough — but in the end I decided I liked it.

I also liked the simplicity of a book board and wax thread piece (9). I like the effect of seeing the flimsiest of materials in a medium known for bronze and steel.

Overall, the work in the exhibit seemed smaller in scale and attempt than the other two exhibits, though the breadth of style material and medium was there. Like Bountiful, a number of small traditional watercolors hang at UVSC. Figures popped up, most leaving me with not much enthusiasm. But the adept rendering of a Waitress and a Bailiff by Dennis Millard were attractive. An abstract by Ludwig popped up — with a trace of his bubble gum pink — one of the few indications that this exhibit was in the same state as the others. I liked the piece by Linnie Brown (10), which reminded me of the award winning piece by Adrian Van Suchtelen in the BDAC show. If the jurors of the UAC show liked the conversation going on in their exhibit, they should have seen the three-way conference call going on from Orem to Ogden.

In none of these shows did I get the sense that one style or one subject dominated. The jurors seemed to go out of their way to select a breadth of work. Consequently, I never got a sense of what a Utah Statewide is. What these three statewides seemed to be saying is that there is no way to define what this state is about when it comes to the arts. Each of the shows was selected differently. The jurors might have been in state and aware of what is going on, or they might be from out of state. Each chose different works and different artists, proving that there are ample artists for every taste in Utah.