The Disembodied Eye: Being Watched in Ximena Cuevas’s “Someone Behind the Door” 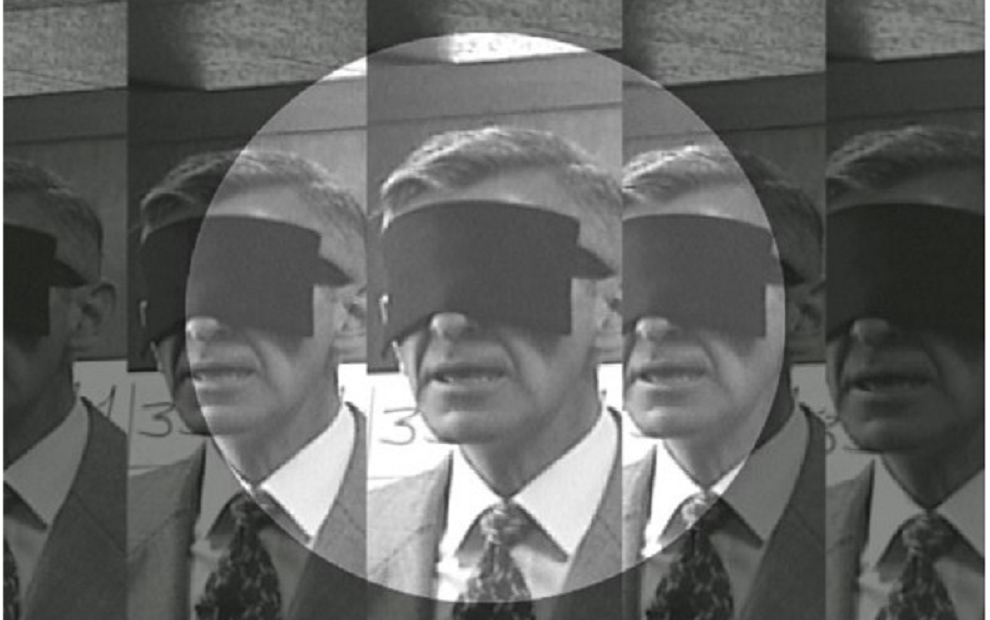 Ximena Cuevas’s video “Someone Behind the Door,” now being exhibited in the Salt Lake Art Center’s Projects Gallery, joins an increasing body of artistic work that examines new ways in which the surveillance aesthetic has infiltrated our daily lives, our public behaviors, our relationships and our visual culture. This trend was highlighted by the 2002 exhibit CTRL Space: Rhetorics of Surveillance from Bentham to Big Brother. The opening line of its expansive, 600 page catalog declared: “Now more than ever, we are under surveillance.” For a growing number of artists, particularly those working with new and digital media, the topic of surveillance has shaped a body of artwork that responds to, incorporates and interrogates the ubiquitous presence of disciplinary technology in our lives.

There are a plethora of examples in popular visual culture that have engaged with or adapted the aesthetic of surveillance. One that comes to mind is the recent movie Look by Adam Rifkin, a film shot entirely from the perspective of surveillance cameras. People are oblivious to being watched as they go about their lives, including such transgressions as cheating on their spouses and committing crimes. A decade earlier, Australian artist Denis Beaubois’s foresaw the possibility of a movie like Look with his 1996 project, In the event of Amnesia the city will recall. The work comprised a series of performances, which took place in public spaces throughout the city of Sidney where surveillance cameras were present. Arriving on the scene three days in a row, unannounced and without having solicited or received permission to do so, Beaubois simply positioned himself in direct view of the camera, returning its gaze. His immobility and fixed stare as he faced the camera, provoked the system to focus attention on itself. The performance fostered an interaction between Beaubois, the camera, the hidden security staff, as well as the pedestrians observing the event. Alex Rivera’s 2002 video triplet entitled Border Trilogy explores the human ramifications of military advances in X-ray technology being used at the U.S.-Mexican border. The constant media attention to questions of the border and its hyper vigilance on the U.S. side have undoubtedly settled into the minds of Mexican immigrants as they seek ways to evade the watchful eye of “Big Brother.”

Of course the 21st century is not the first to witness the rise and expansion of surveillance equipment. One could think back to the panoptican as an early precursor to the notion of controlled watching so ubiquitously practiced today. The panoptican, conceived of by the English philosopher Jeremy Bentham in 1785, was a prison designed to allow one to observe prisoners without the prisoners knowing when they are being watched. The architecture thus encouraged the idea of an omnipresent, privileged authority, one that would serve to psychologically control the prison’s population through the constant possibility of observation. The most salient characteristic of the panopticon was that it was designed so that the observed could never be sure whether and at what moment they were under surveillance. This was thought to make the prisoner internalize the constant threat of disciplinary action and thus encourage lawful behavior. After all, one is less likely to transgress the system if they are constantly being watched. 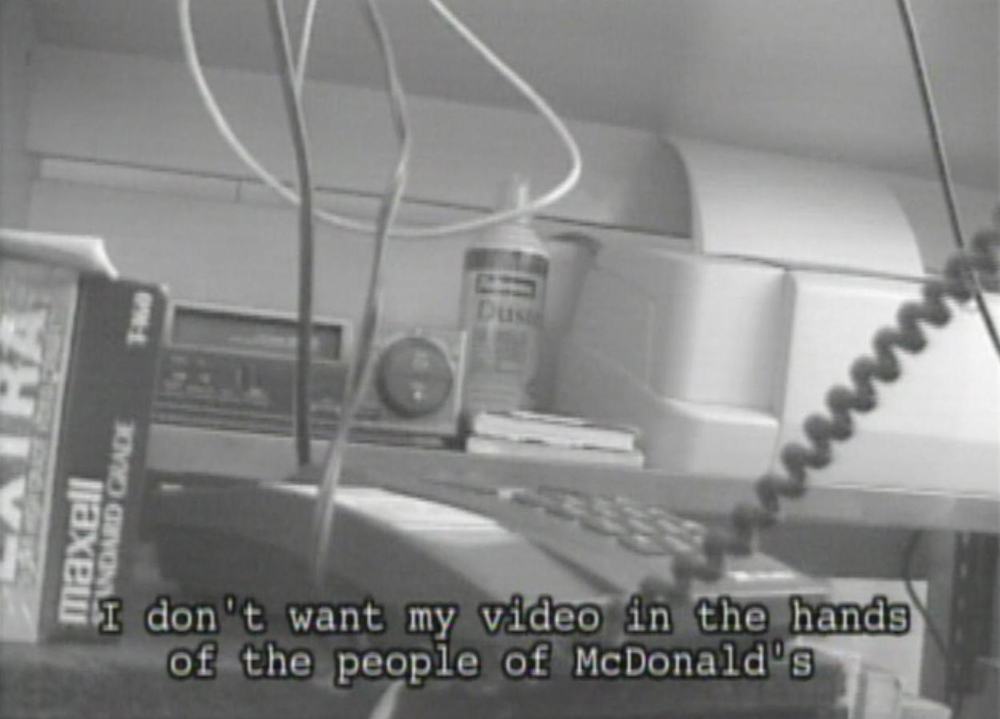 In his groundbreaking 1975 publication Discipline and Punish, French theorist Michel Foucault invoked and rearticulated the model of the Panopticon as a metaphor for modern “disciplinary” societies. Foucault proposed that not only prisons but also other institutions based on hierarchy and authority such as the army, the school, and ultimately the workplace have evolved through history to adopt the principle of Bentham’s Panopticon. Normal citizens had no way to escape the roving eye of authority.

The decade after 9/11 has reactivated an awareness of surveillance equipment, as knowledge of the widespread use of sophisticated tracking technologies seeped into the mass media and popular culture. However, surveillance discourse in the name of national security and public protection has not only infiltrated our public psyche but has also heightened our anxiety about the limits of social and disciplinary control.

Ximena Cuevas’s oeuvre has repeatedly questioned the limits of personal experience, as it is comprised by the exchange between public and private events as well as by the dialectics between looking and being watched. The voyeur in her surfaced early, attributed perhaps to a childhood memory she seems to fondly recall: “When I was a child, my favorite game was to climb over fences, to hide under tables, and to listen to the everyday conversations of strangers. From that invisible perspective, I would reconstruct the lives of those people. The video camera continues to exert over me that fascination with secrets …”

This fascination resurfaces in Someone Behind the Door, where the title aptly hints at a hidden but observing presence. This is exemplified at a moment in the twelve-minute film when the camera zooms in on a black and white image of a man whose blindfold does not let him see but who, as is clear from the position of the camera, is being carefully targeted and watched.|0| The menace of being followed and/or watched by a more powerful entity is the premise for Someone Behind the Door.

The staccato rhythm of a mechanical and garbled voice superimposed with the images as they flash onto the screen, suggest the presence of a superior voice overseeing the looking. Though this work is non-narrative, the different scenes coalesce around the presence of an older model transistor radio, |1| a device that frames the world as seen by the disembodied eye of the artist. The roving eye takes in a pastiche of different landscapes constructing a fragmented reality, that is decidedly low tech. Cuevas defers to a black and white aesthetic, undermining and even distancing the work from the sophisticated equipment involved in contemporary surveillance technology. The final segment leads us at last to the artist, whose palpable anxiety reveals a confrontation with a corporate entity, in this case McDonalds.|2|

The narrative is fractured, presented in a brief succession of fragments somewhat clumsily following one another and together mirroring the artist’s anxiety. The shots with the handheld camera and its constant motion as well as moments of musical crescendos, a cinematic strategy suggesting the coming of a dangerous moment in the plot, all suggest someone who is on the run. And it is only in the final scenes that reveal a narrative where the public, corporate dealings and the interior ruminations of the private citizen collide.

The work inevitably prompts one to reflect on the uneven power balance and contradictions involved in transnational corporations invading developing countries without respect for cultural or social borders. While such corporate globalization is celebrated as international expansion, the reverse journey of the private citizens — who incidentally comprise the majority of the labor force of said corporations — is militarized, and targeted for punishment on their way across the U.S. border, as exemplified in Rivera’s Border Trilogy. So as surveillance equipment increasingly invades our private lives and intimate moments become fodder for public scandals then Cuevas’s anxiety about the presence behind the door is undoubtedly a reality we will have to contend with. 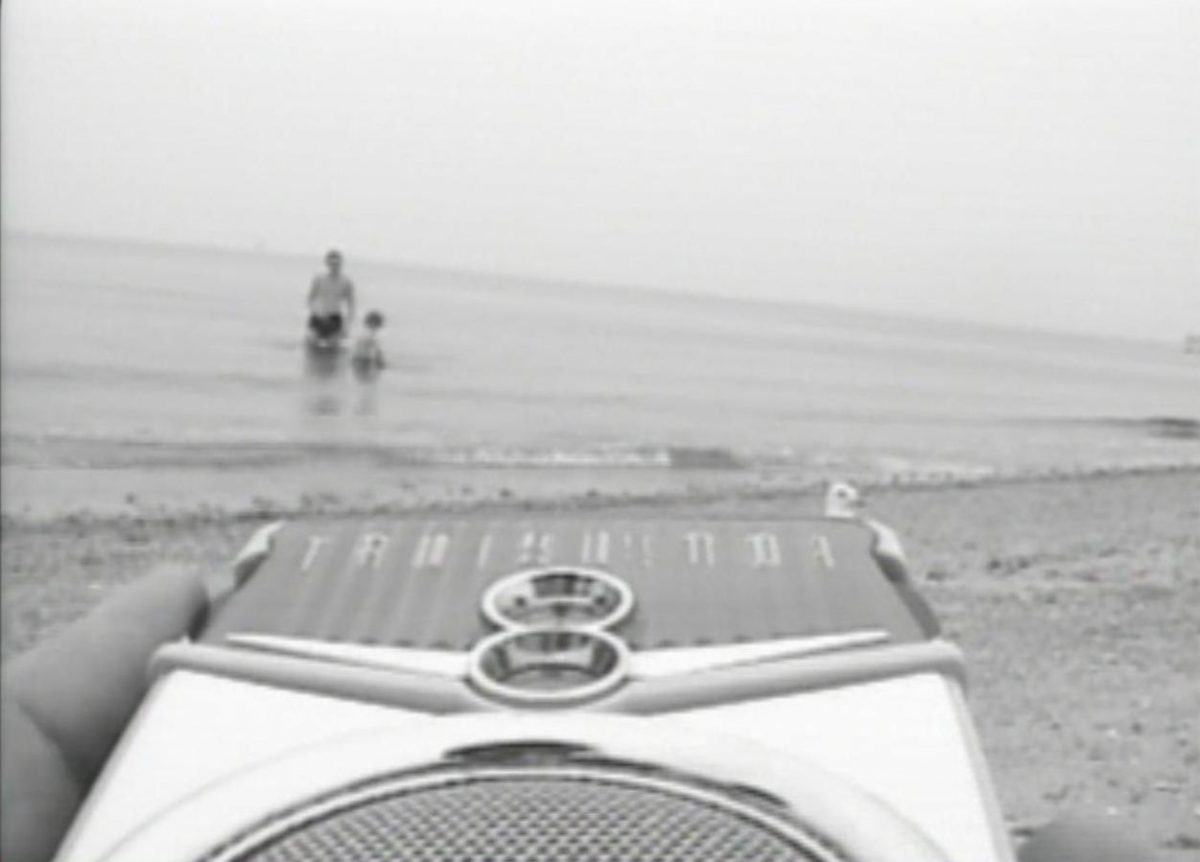