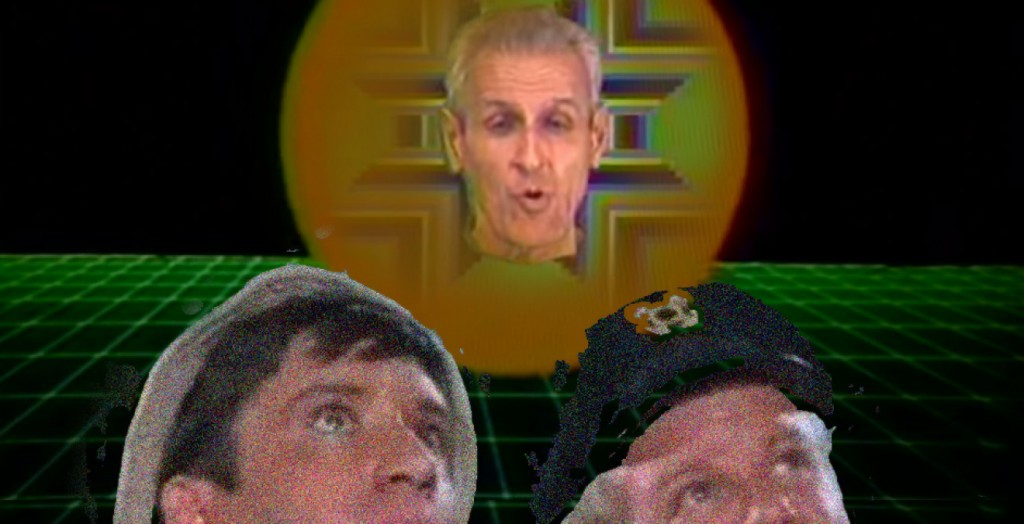 Tyrone Davies’ In Camera comprises more than a dozen television sets arranged in deliberate, symmetrical spatial compositions around an altar-like pair that much of the time places an image of religious meditation in close proximity to a giant sports arena. Symbolism noted. All the sets are playing, a few facing the wall so that their light reflects into the space, two facing each other as though engaged in the sort of dialogue that excludes eavesdroppers, but most of them flashing out a constantly changing electronic palimpsest of images and variously synchronous sounds that mix cacophonously in the air, challenging gallery visitors and staff alike to either pay the requisite attention, or flee. Images freeze for moments at a time; then change suddenly. Split screens on one set are abetted by two adjacent sets elsewhere. Some soundtracks accompany the wrong image, so that dialogue accompanying the action goes in and out of sync without making any sense. From time to time a talking head cuts through the noise and captures the viewer’s attention, but is soon replaced by something else.

A viewer might consume this like a smorgasbord: one of those “all you can eat” restaurants that support the gambling industry in Las Vegas. Wander from one visual to another, listen here and there, and emerge with a sense of the senselessness of all media. But of course, this in no way provides an accurate impression of media, neither of the 300 television series currently available on the many networks competing for the browsing eyeball, nor of the Internet’s endless menu of attentively-arrayed porn, nor of the universal encyclopedia of human character and action increasingly made available at any time and in any place. Any library, treated to a similar fragmentation and presented simultaneously would make humanitie’s great wisdom and scientific knowledge similarly nonsensical. It’s true that many sources contradict each other, and casual exposure to conflicting information can lead to confusion, even madness, but this latest high-tech effort to make the point feels facile rather than deep, alarmist in place of alarming. In fact, the exhibition depends entirely too much on the statement that accompanies it, which points out connections allegedly made between the leading 20th-century Existentialist philosophers and writers and popular entertainment. What Davies perhaps doesn’t know is how those connections would probably have delighted Sartre, Camus, Beckett, and more, who would have seen in them proof of the universality of their foremost perceptions. 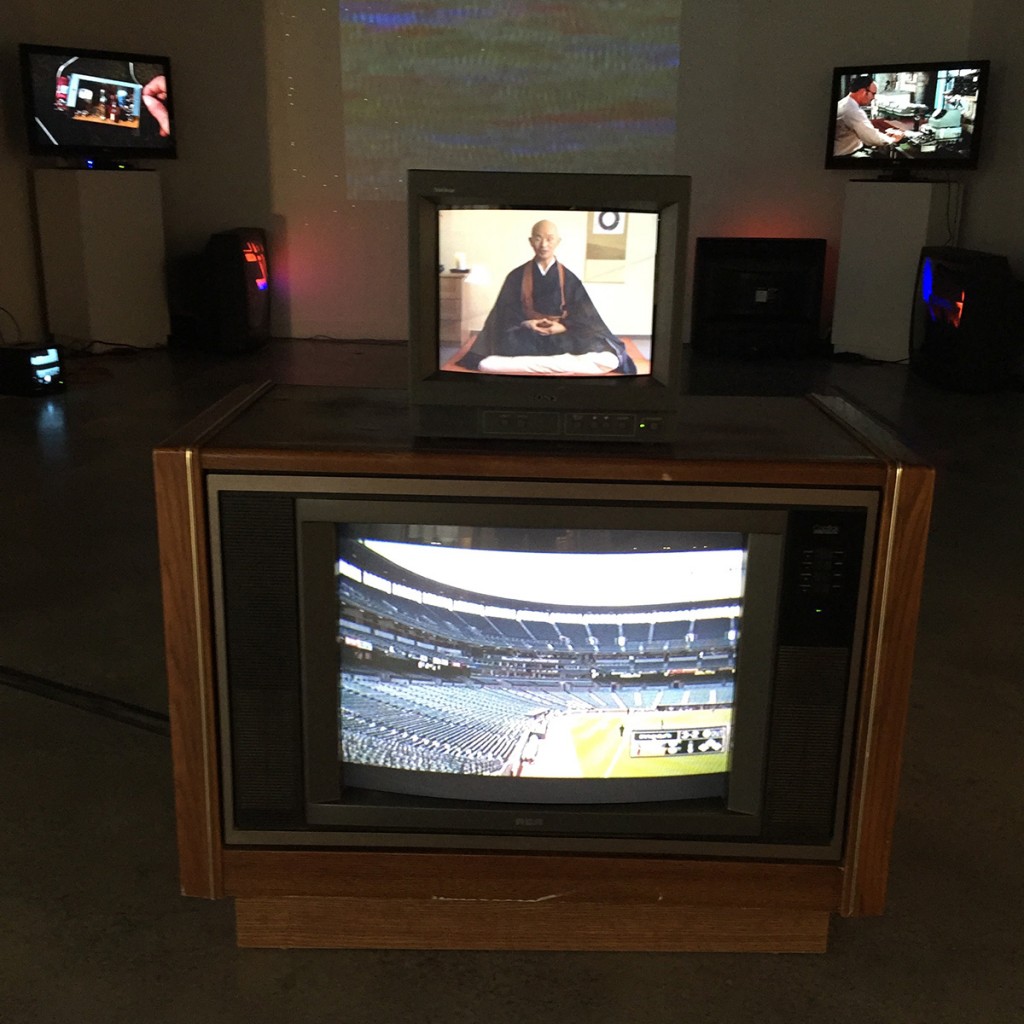 In Camera by Tyrone Davies is at UMOCA’s Projects Gallery through January 16, 2016.