Who Do You Love: Jeffrey Hale 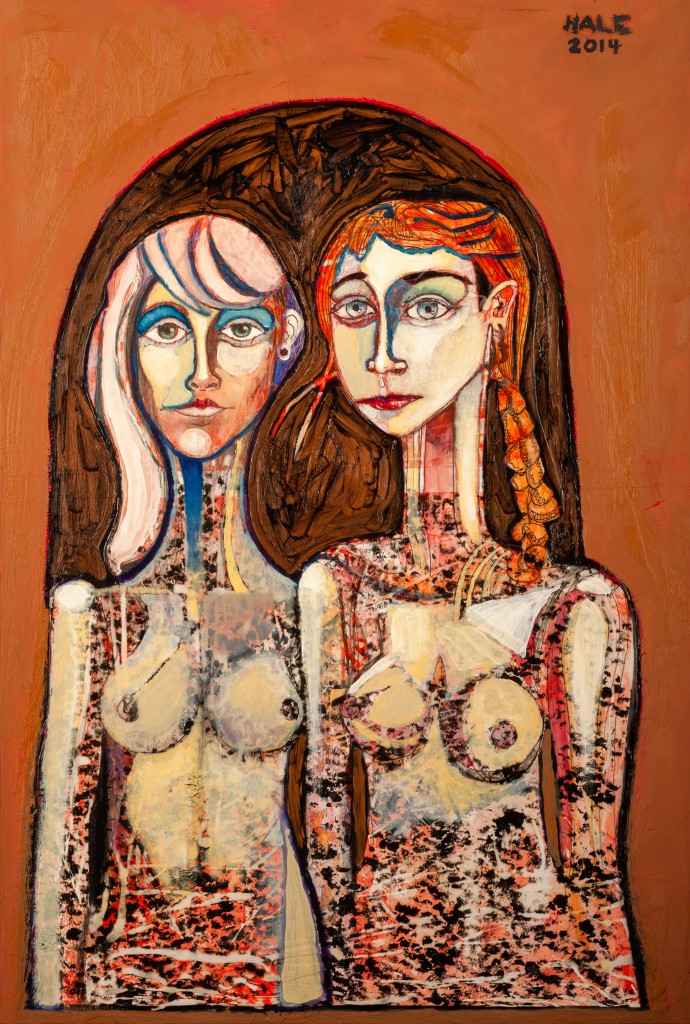 Well known for his abstracted portraiture, Jeffrey Hale tells us: “I blend in. I have lived in the Salt Lake area virtually my entire life with a stint in the deeper parts of southern Louisiana. I was introduced to oil painting by Marjorie McClure [1997-98] and managed to glean some core skills in drawing and painting at the University of Utah [2001-03]. Tony Smith, John Erickson, John O’Connell, Maureen O’Hara Ure are some who shaped me.

“However, it was my early introduction to art and the freedom I had to paint raw and emotionally that led me to choose the path of the self-taught artist. Research is at the center of my studio work.”

John Graham (Ivan Gratianovich Dombrowsky, 1886-1961) has influenced Hale’s work. “This past year I turned to his painting entitled ‘Two Sisters.’ It had intrigued me for way too long,” he says. “I decided to find two sisters and paint my version.”

Hale explains that Graham was influential in the New York art scene and curated the first public exposure for Jackson Pollock and Willem de Kooning.

“Though influenced heavily by the cubists, his European contemporaries, my love for Graham’s work comes from its spiritual nature: he was interested in African sculpture and primitive art and felt that through ‘its abstractions of the forms of the natural world it revealed the inner truth of its subject.’ Graham thought abstract painting could achieve the same expressive effect and felt the work of Picasso best embodied this,” he writes.

“I, too, seek to express my abstractions of the natural world and hope to find some inner truth. Most of all, Graham’s fearless approach to painting exactly what he was moved to paint inspires me in being that lone wolf without a posse,” says Hale. 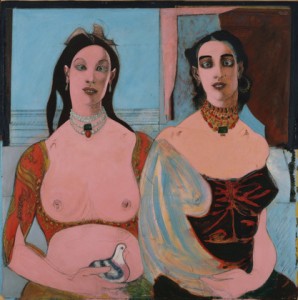