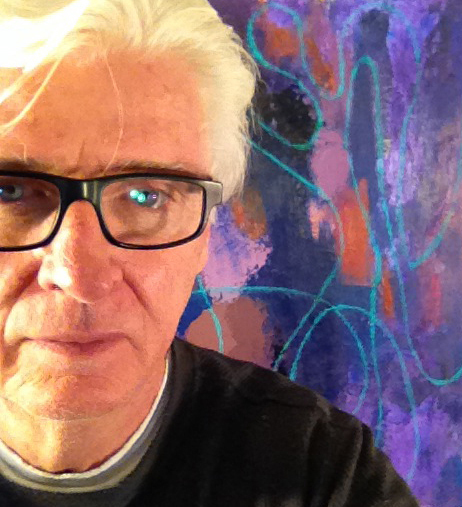 Jerry Hardesty tells us he loves a challenge, and last November he set himself a big one: 75 Paintings in 75 Days for 75.” What’s more, he pulled it off. (Not only that, but sold a whole bunch of 8” x 8” works, in the process!)

Hardesty started his artistic career as a vocal and instrumental music teacher (for 13 years) in both Kansas and Missouri after receiving a bachelor’s in vocal performance from Baker University in Baldwin City, Kansas, in 1967. He went on to be a professional singer. In 2006, he survived two heart attacks and two strokes and depression set in. A son urged him to return to the painting he had taken up while teaching. Landscapes evolved into abstracts and, here he is.

His work, often influenced by music (especially the jazz he frequently listens to while painting) was selected to be displayed in the Adobe building in Lehi that opened Jan. 15.

Having finished his self-imposed challenge, Hardesty wonders what the next will be in 2016.

His work can be seen at jerryhardestystudio.com