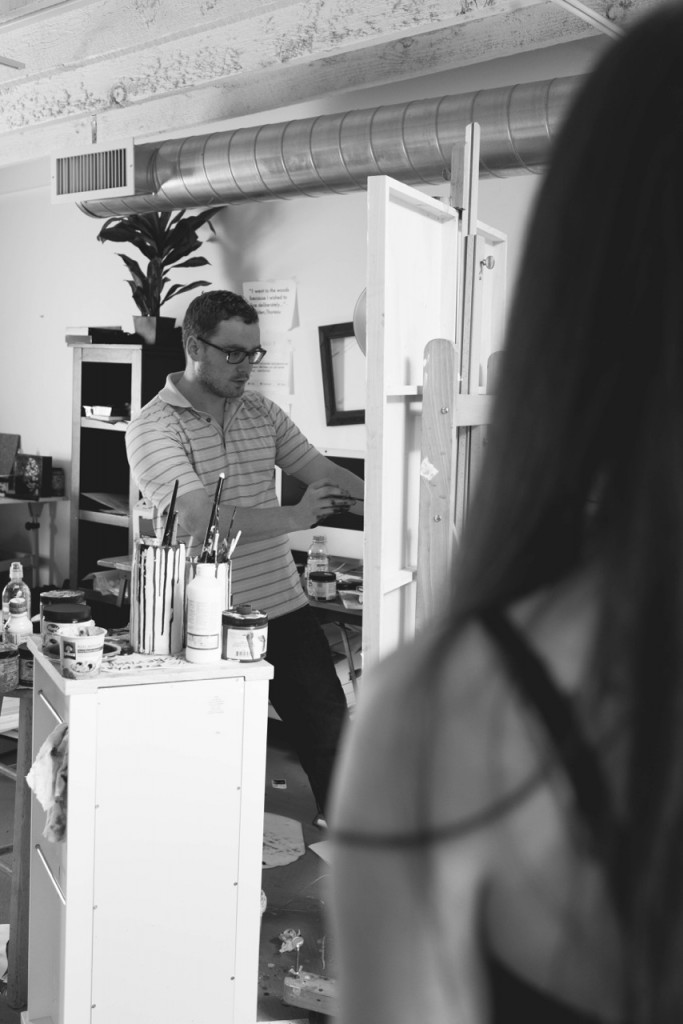 Jeffrey Hale is a dedicated family man. His charming young son and daughter can be found at his second-floor Artspace studio nearly as often as his models. And in 2016, he and his wife are expecting another child. That is, of course, a very big deal.

“My work,” he tells us, “is growing in expression in proportion to my evolution as a human being. The way in which it is emerging startles and yet enthralls me. Especially in the second half of 2015 my research ‘stage’ has grown to an ethereal intuitive interview with my clients. Still gathering, brooding and experiencing the reality of illness and parenthood all seep into my paintings. My personal life is, sometimes painfully, personified in oil.”

He believes 2016 is a year of prosperity: “I can feel it. I ended the year with some paintings that shook up my subject matter into a more abstracted simple narrative—as opposed to a single isolated figure or portrait [for which he is best known]. These new paintings are very poignant because they are documenting my survival, my foraging, the grappling with nature that come with surviving the realities of life. Expect more narratives, good abstraction, and some huge painterly paintings. [He has a 6-footer in progress.] My work will be more prominent at 15th Street Gallery this year and I have an exciting solo show in the works for 2016 along with many private events,” says Hale.

“In thinking of this New Year in a meditative way, I’ve decided . . . I am interested in further exploring the stripped-down essence of beauty in texture, volume and line through images of faces or bodies,” says this determined artist. 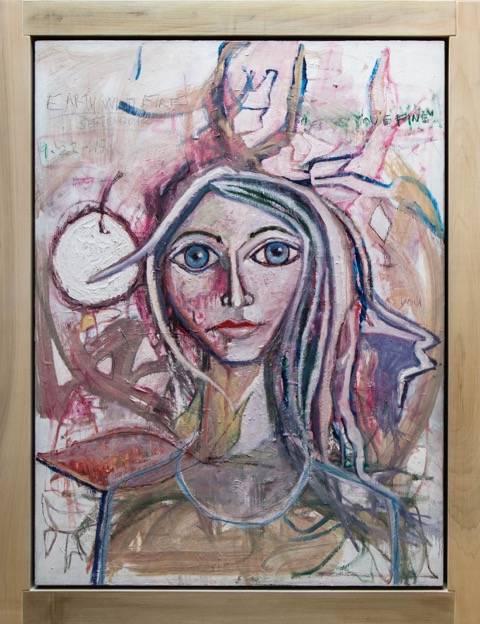